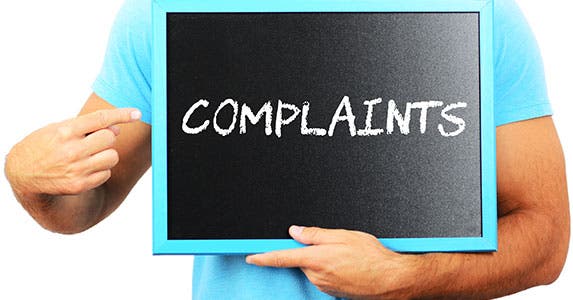 Top complaints from US consumers

Whether it’s a gripe about a do-not-call-list violation or a crisis over a contractor who removed a roof but didn’t put the new one on, hundreds of thousands of people submit consumer complaints every year.

The list of top grievances sees many of the same standbys year over year. But rumblings are growing in other areas as technology creates more opportunity for fraud or misunderstandings.

“With the availability of Internet phone service, spoofing software, prepaid cellphones that scammers can buy anonymously and just discard … scammers can very inexpensively get the services they need to perpetrate their frauds,” says Susan Grant, director of consumer protection at the Consumer Federation of America.

The 2013 top 10 list by the CFA and the North American Consumer Protection Investigators, or NACPI, comes from complaints made to 40 local, state and federal consumer protection agencies.

“Most transactions go perfectly fine, and most businesses are honest,” says Grant. Still, it’s important to see the trends of consumer complaints so consumers can protect themselves accordingly. 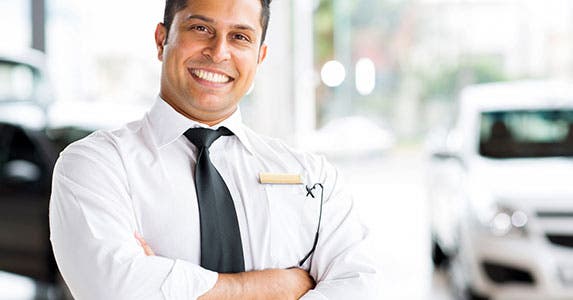 Auto-related complaints were the top consumer complaint category in 2013.

Grant says the top consumer complaints tend to be ones with lots of money at stake or cases where the problem has a severe impact on someone’s life and livelihood.

“If you buy a car and it falls apart right off the lot, or you have a debt collector threatening you with arrest … those are things that are really going to affect your life,” she says.

Consumer complaint agencies collected stories about faulty repairs, leasing and towing disputes and misrepresentations in the advertising or sale of cars.

One such tale included an Ohio man who put a deposit down on a used car after seeing pictures of it online, only to arrive at the dealer’s lot to discover it didn’t look like it had in the pictures and that the deposit was nonrefundable.

When buying a car, consumers should do their homework before committing by checking out the car, looking at its history and figuring out an appropriate price for the vehicle. It’s also important to know what your rights are in the state where you live. 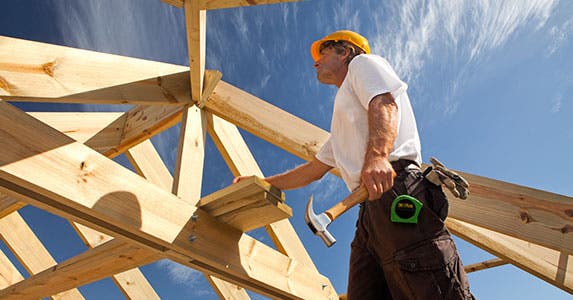 Complaints about home improvement and construction were among the fastest-growing complaints in 2013.

Grant says that may simply be because there’s more home improvement and construction projects starting now, coming out of the recession.

“It’s certainly a big problem because it can affect not only somebody’s finances but their health,” Grant says. “If somebody takes off your roof and doesn’t replace it, that can really cause you a lot of problems.”

That’s exactly what happened in one instance cited in the report. After an elderly Florida couple paid a contractor $3,000 to replace their roof, “he took the old roof off and then disappeared, leaving a considerable amount of damage behind,” the report says. The contractor was later arrested in New Jersey for doing the same thing, and, luckily, a Florida roofing contractor heard the story and offered to replace the couple’s roof for free.

Consumers should take the time to do their homework before hiring a contractor. Check the contractor’s licenses and registration, and get references if possible. When getting work done, it’s important not to feel pressured or rushed, and consumers should never pay the full amount before the job is finished. 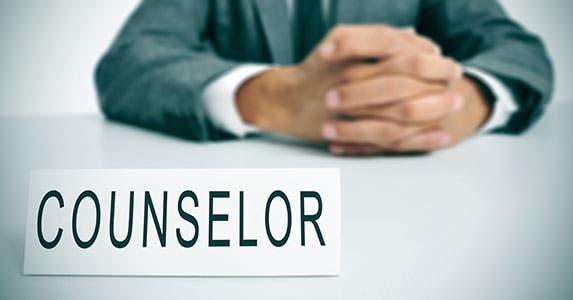 Resolving these issues is crucial. Problems with your credit can affect the ability to get housing, a loan or a job.

Grant ticks off some problems she’s heard from consumers in this category. “We have examples of problems with debt collection, with various kinds of debt-relief services and other sorts of disputes about loan payments … such as student debts.” Then there are also payday loan or title loan abuses, she says.

Bankrate has a host of resources to learn about managing debt. People struggling with debt shouldn’t hesitate to reach out for help from a credit counselor or other professional. The National Foundation for Credit Counseling has a list of community-based counseling offices that can answer consumers’ questions and point them in the right direction. 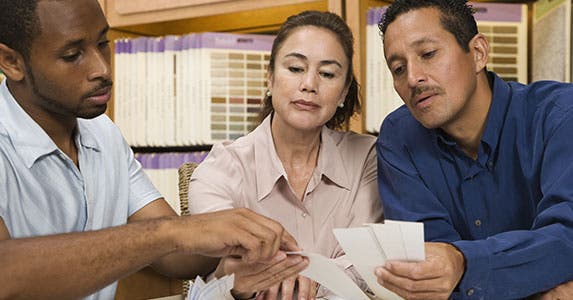 When a Connecticut shed company, struggling against the competition and dealing with family issues, suddenly closed its doors, 19 customers found themselves without their sheds or their money.

Luckily, the state Department of Consumer Protection was able to get $33,000 in refunds for those customers, but the tale is just one more reminder that it’s important to keep good records of retail transactions.

In addition, the CFA suggests using a credit card for purchases, particularly if the item is being delivered at a future date. That way, consumers can dispute charges if the item is not received.

Another retail sales headache arises from faulty or defective merchandise. The first thing to do is to check the warranty on a product. Besides that, consumers may have rights under their state’s law to get a replacement or refund in some instances, according to the CFA and NACPI report. 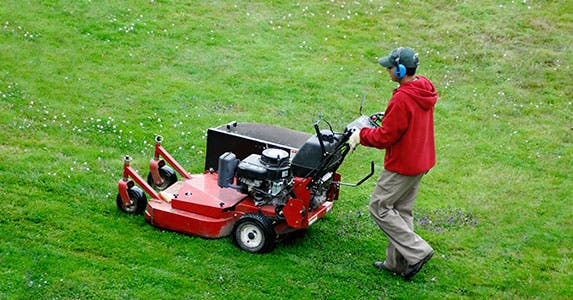 Whether it’s a lawn mowing or a housecleaning service, consumers need to do their homework before picking a service company. Otherwise, they may run into problems like that of the Pennsylvania man who took his poodle to a dog-grooming service.

After retrieving his pet, the man apparently noticed the pup was shaking. A veterinarian found that the dog had back pain and was suffering from razor burns on its private parts, according to the report. The man is still in mediation to get the groomer to pay his veterinary bills.

Not doing research also cost a Virginia woman who bought a $49 Groupon to have the air ducts in her home cleaned. She shelled out an additional $315 for added services, but those services were not performed adequately. She later found that the company she bought a Groupon from had subcontracted the other work to another company with a history of problems and infractions.

Before hiring any service provider, consumers should research the company, getting references if possible. As mentioned in previous slides, keep receipts and notes about the work being done should you need to dispute it. And if a service is cheap, ask why the price is so low. Is it too good to be true?

Many people have had billing disputes or service problems with their utilities.

Although Internet or cable service sometimes cuts out, some consumers have come up against more grievous problems, according to local consumer agencies.

Complaints that are filed under the “utilities” category vary widely — from aggressive sales tactics to misleading bills to problems with auto bill pay.

The report says that some agencies surveyed “noted that with deregulation of gas and electric service and the proliferation of third-party providers, they have seen an uptick in complaints about high-pressure sales tactics and promised savings that never materialized.”

A good way for consumers to protect themselves is to carefully scan their utility bills. Read the electricity meter to see if the usage matches what is on the bill.

When signing up for utilities, shop around for the best deal, and read the fine print on charges. The report notes that while some suppliers offer fixed rates, “others may have variable rates that could start out low but increase dramatically because of weather or other factors.” 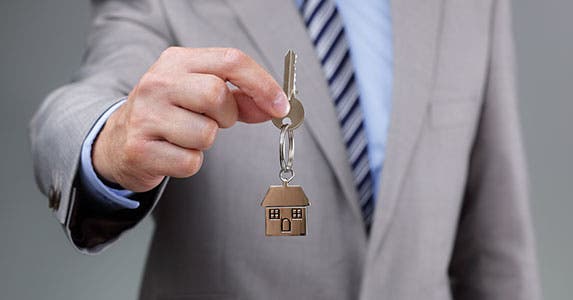 Conflicts between landlords and tenants are no new topic. Indeed, it’s been mined for comedy shows and dramas, from Three’s Company to Melrose Place.

Landlord/tenant disputes was listed among the top complaints in 2013 based on the dollar amount involved and the outrageousness of the situation.

The most common disagreement is over refund of the security deposit when the lease ends, according to the California Department of Consumer Affairs. States have varying rules about when security deposits must be returned or can be withheld. Consumers should check their state’s laws to make sure they understand their rights.

The CFA/NACPI report suggests that government agencies update regulations to address issues “that may not be adequately covered, such as when mold should be considered a health hazard and what constitutes ‘habitability.'” 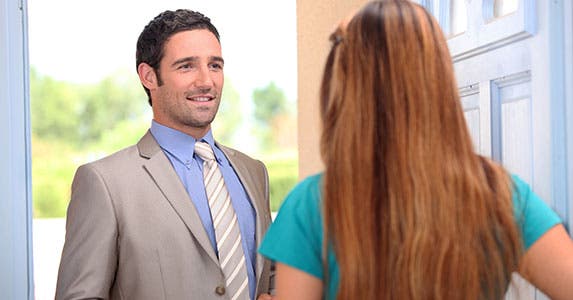 There are fewer things more aggravating than getting a telemarketing call or an unwanted salesperson at the door trying to sell obscure magazines like Stained Glass Quarterly or Practical Gastroenterology.

Sometimes, the sales tactics can be aggressive. It can be hard to turn down a sob story when the person is standing at the front door.

The Federal Trade Commission’s Cooling-Off Rule gives you three days to cancel purchases of $25 or more that are made in your home or at a location that is not the seller’s permanent place of business, with some exceptions.

It’s also good to check out the door-to-door sales company to avoid this problem, which is tied for eighth on the complaint list. Many states require salespeople to undergo background checks and get permits to sell items worth more than a certain dollar amount. It won’t hurt to ask to see verification that the seller has the required permits. 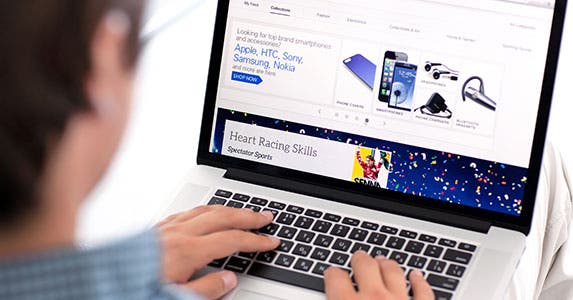 “I’m so much cooler online,” croons singer Brad Paisley in a song about a nerdy guy who makes an interesting profile of himself online.

Apparently, that’s exactly the philosophy of one man who was shut down last year by the Kansas Attorney General’s Office. The man allegedly took pictures of farm-related vehicles and other tools and pretended to offer the items for sale on eBay, changing his username repeatedly to keep up the fraud.

Internet sales was one of the fastest-growing complaint categories in the 2013 CFA/NACPI report. It tied with home solicitations for eighth on the list.

But while changes to technology can lead to more fraud or consumer complaints, it also has the ability to help consumers, the Consumer Federation’s Grant says. She points to a service called Nomorobo, which can redirect robocalls before they reach consumers’ phones. Unfortunately, it works only with a phone service provided through the Internet. 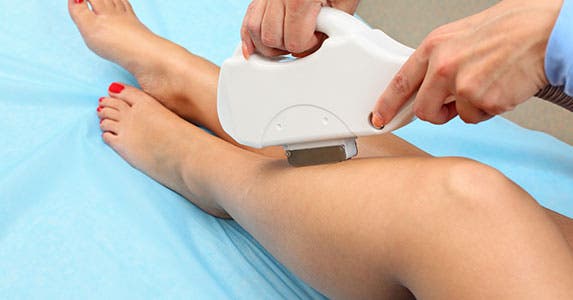 With so many companies offering deals or specials on a variety of health products and services, there are bound to be some complaints, and anything that could affect consumers’ well-being is a huge concern.

Health products and services were not in the top 10 consumer complaints last year, but it made its way there this year.

Perhaps that’s in part due to stories like that of one Virginia couple who paid for six laser hair removal treatments for their daughter. “After two sessions, the treatment center began to make excuses for why the remaining treatments could not be scheduled,” the report says.

The county consumer services department investigated and found that not only was the company “on shaky financial ground,” but the aesthetician’s license had expired long before the first treatments on the daughter began.

Before going to a health services provider, check that it is licensed, and look for references from other customers. Similarly with health products, make sure claims can be verified.