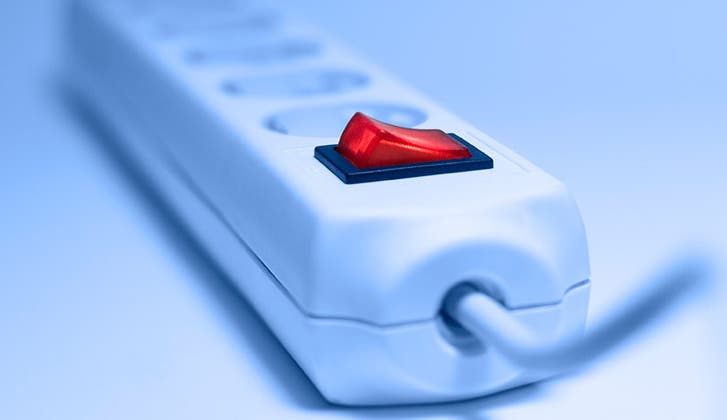 You probably don’t bike without a helmet. As appliances get smarter, turns out they, too, need something to protect their expensive, high-tech “brains.”

Enter the power surge protector. In addition to safeguarding your computers, TV and other electronics, surge protectors are a simple, inexpensive solution to protect major appliances. But most people aren’t using them.

I found this out the hard way. After I paid my repair guy $145 to fix our icemaker — for the record, all he did was turn the refrigerator off and on — he told me the problem was caused by a power surge. A surge protector for the fridge would prevent similar problems and having to make repair calls, he said. Get one for the washer, too, he added.

With a thunderstorm in the forecast, off I went to the big-box home store and paid $25 for a pair of 1,000-joule surge protectors.

In the category of “wish I’d known that” before calling a repairman, do what my guy did: Power-cycle the appliance by unplugging it, waiting 2 minutes, and plugging it back in, Carney says.

The most important appliance to protect

The 1st appliance to protect is the refrigerator, Carney says. Many of today’s fancy fridges are operated via 1 to 3 electronic control boards — for the refrigerator, freezer and icemaker, he says. “A power surge conceivably could fry the electronics,” he says. “It could knock out the compressor.”

What about the warranty? Most warranties cover only the failure of the product, he says. A lightning strike or other issue that causes a surge and then a malfunction probably won’t be protected under the warranty, he says.

Depending on where you live, your repair bill could range from the $100 range for a simple service call like mine, or $250-$300 to fix the electronics control board, and up to $500-$600 for the compressor, Carney says.

If the repairman can’t come right away, you also could lose the value of food that spoils.

What else do you need a surge protector for?

The next appliance to protect is your washing machine, because many washers also have electronic control panels, Carney says. The potential consequences aren’t as dire, but a repair bill for a surge-caused problem in your washer could be $200, he says.

Just to be safe, check with the manufacturer to see what it advises about a surge protector and any recommended specs, he says.

If you follow this advice, you’ll be part of a savvy minority. “Most people just plug the refrigerator into the outlet,” he says.

You’ll be ready for a storm and counting your savings.