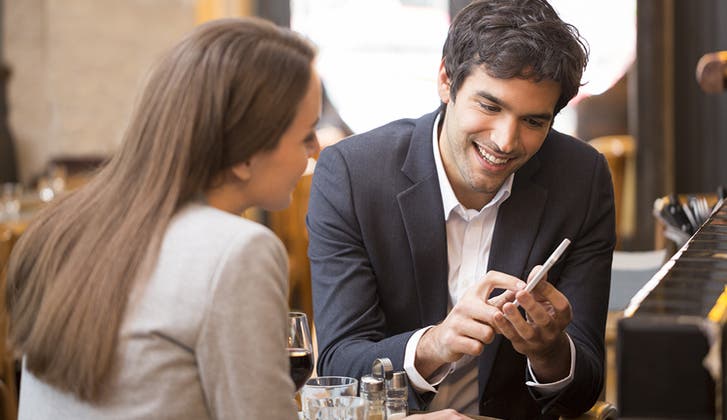 You’ve bought the latest and greatest smartphone. Unfortunately, tomorrow it will be neither the newest nor the best. Pity the technophile who insists on having the most up-to-date bells and whistles; that’s one expensive habit.

For some time now, they have softened the $600 blow of a new device by offering subsidized contract plans. You’ve seen them; you might even use one. These plans offer new phones for low-ish prices, but with a catch: You’re locked into a 12- or 24-month contract. Usually, the extra cost of a carrier’s contract plan makes up for your perceived savings. Basically, you break even.

For some, these subsidized plans have lost their allure. They don’t want to wait a year or two to get a new phone. They want one now. Over the past year or so, carriers have offered a new solution: upgrade plans.

These plans let customers finance a phone that they never really own. After as little as six months, customers can upgrade to the latest smartphone model. This option may scratch that itch for new tech, but does it make sense financially? 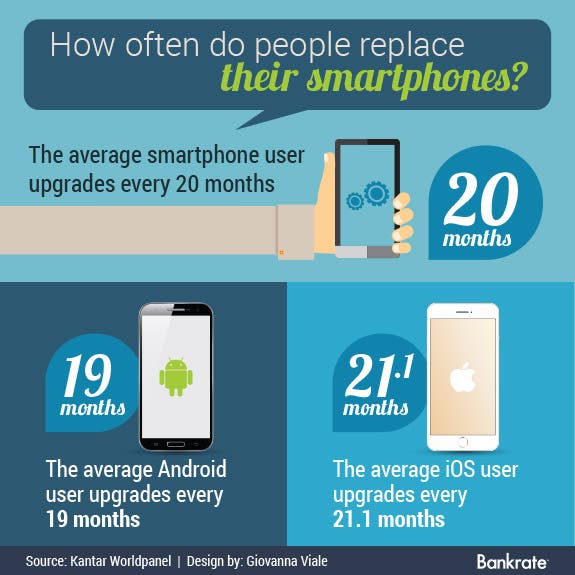 Essentially, these “upgrade” plans let you lease a phone. Pay a certain amount for that lease over time and you’ll be allowed to upgrade. Let’s look at plans from the major carriers.

How it works: Finance your new phone through T-Mobile and enroll in one of their Simple Choice plans. Whenever you want to upgrade, trade in your old device, and “T-Mobile will cover your remaining device payments up to half of your device cost.”

How often you can upgrade: T-Mobile says there are no limitations. But you must have paid off at least half of the phone when you upgrade. If you haven’t, and you still want to upgrade, you’ll pay the difference between half of the original cost of the phone and what you’ve already paid in installments.

How it works: Finance your phone for 20 or 24 months. Then, after 12 or 18 months, respectively, you’re allowed to upgrade. When you upgrade, your remaining installments are waived, but you simply start over with a new financing plan.

How often you can upgrade: After either 12 or 18 months.

How it works: Pick your phone and sign up for a month-to-month service plan. The price of the phone is divided over 24 months. Once you pay off 75 percent of the phone’s full retail price, you’re allowed to upgrade. Choose a new phone and start the whole process over again.

How often you can upgrade: Anytime, as long as you’ve paid off 75 percent of the cost of your phone.

How it works: You lease an iPhone from Sprint, on its $50-per-month unlimited plan, with the option to upgrade every two years.

How often you can upgrade: Every two years.

The big question is, are these plans worth it? Ritch Blasi, a wireless consultant and former AT&T analyst, says these plans aren’t that different from subsidized phone plans.

“It boils down to ‘you say tomato, I say tomahto,'” Blasi says. “Whether on a contract or financing, each locks you into a two-year deal. You can pay to break your contract or you can pay the remaining financing on the phone. It was a great marketing ploy, but at the end of the day, all is pretty much the same.”

To put Blasi’s assertions to the test, we analyzed a few scenarios and compared the costs. For each scenario, we used the iPhone 6 as the phone of choice and chose the carrier’s standard plan, which included unlimited talk and text and 1 GB of data. We also didn’t consider taxes or fees.

Bottom line: It doesn’t seem to be worth it. With the one-year and 18-month plans, you actually pay a bit more with Next — $5 and $17, respectively.

Bottom line: If you upgrade after six months, you’ll owe an additional $163 to make up the difference between half of the original cost of the phone and what you’ve already paid in installments. With that, your total six-month cost is $684, still far less than the unsubsidized plan. This may actually be worth the cost — if you upgrade.

Aside from the upfront and monthly costs, there are a couple of other things to keep in mind that can affect your bottom line.

Selling your old phone. When you buy your phone — either by paying for it upfront or on a subsidized plan — at the end of the day, you own it. That means you can resell it and use that amount toward an upgrade. When crunching the numbers, you might consider subtracting that from the cost of your phone.

For example, let’s say you have the iPhone 5 and it’s worth $300 when you resell it. Looking back at the T-Mobile example, you might consider subtracting that amount from the cost of the phone, reducing your total cost considerably.

In this scenario, you would have saved about $100 after one year over the T-Mobile Jump plan, so trading in your old phone and upgrading the old-fashioned way might still be the better deal. Of course, different factors will affect the price of your used phone — its condition, for example. You may also get less for it if you decide to trade it in.

Insurance. T-Mobile’s plan is unique in that it includes protection. This covers “accidental damage, mechanical breakdown, loss and theft.”

If you want to upgrade your device, it has to pass inspection. If it doesn’t, you can file a claim, but you’ll have to pay a deductible. With AT&T’s Next, your phone has to be in good condition and can’t have any cracks or chips. If it does, you’re stuck paying it off.

Overall, Blasi says it comes down to whether you want to finance your phone for upgrades or own it outright.

Try crunching the numbers based on your situation to see if a phone upgrade plan makes sense.  If you want to upgrade frequently without the hassle of reselling your phone and you don’t mind sticking with the same carrier, these plans might be for you. But generally, you’ll probably pay roughly the same as you would with a contract.

Kristin Wong is a freelance writer who has contributed to MSN, Lifehacker, CreditCards.com, Fidelity and her own frugality website, Brokepedia. Her work has been featured on Forbes, Marketplace Money, Kiplinger, HuffPost Live and Fox and Friends. Kristin developed an interest in frugality and saving money at a young age, while growing up in a lower-middle-class household. As her frugal pursuits progressed, she became interested in other components of personal finance and wealth-building. In addition to writing about money, Kristin is a scriptwriter. She currently writes and hosts videos for Arkleus Broadcasting, and in the past, she's written for the TV show "Hollyscoop" and the MSN Living series "Sex by the Numbers." Her accompanying column at MSN, "The Heart Beat," won her an award from the Society of Professional Journalists. Kristin also enjoys travel. Her favorite travel experience was a visit to the Amazon rain forest of Leticia, Colombia. She hopes to one day visit all seven continents.