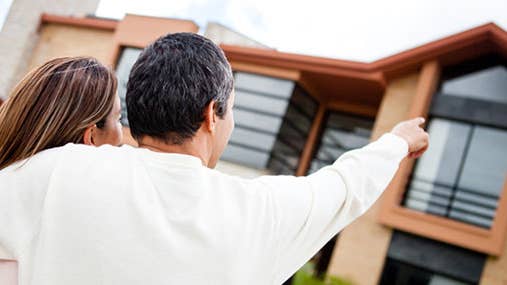 Make-or-break features for your next home

What’s missing from your current home? Storage space? Decent parking? Privacy? Chances are, you might not have noticed these missing features when you and your home were in the honeymoon phase. But, sometime in the first few months, that deficiency became glaringly obvious.

When you tour a home, it’s normal to get so caught up in the granite kitchen countertops that you might not notice there’s insufficient square footage to butter your morning toast. And while that master bedroom looks stylish and neat, you don’t realize that it’s the size of a postage stamp.

Sometimes, there’s a fix. You can downsize the bedroom furniture. You can install shelving or buy bookcases to add storage. And for privacy, you can put up curtains or a fence.

And sometimes you just have to learn to live with it. Or vow that next time around, you won’t make the same mistake.

Read on for six make-or-break features for your next home.

There’s no such thing as too much storage 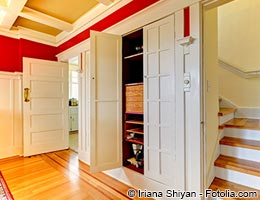 No one ever walked out of an open house thinking, “Nice place, but too many closets.” On the other hand, a good staging job can disguise that a home has precious little storage.

This is where it pays to use your X-ray eyes. Visually strip away the furniture in a for-sale home and place your furniture and belongings. Or simply measure — both the rooms and the closets — and compare it to what you have now, says Eric Tyson, author of “Home Buying for Dummies.”

Ditto for kitchen cupboards, pantries and counter space, says Michael Corbett, author of “Before You Buy.” Those countertops may look spacious until you get out all of your kitchen toys and discover there’s not enough room, he says. Really look at a kitchen in terms of what you need when you cook to make sure the home offers the counter space you need.

Test the commute before you commit 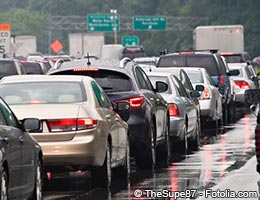 You’re only 15 miles from work. How long is that in traffic time? That daily commute factor is “a really big one that a surprising number of people don’t properly research before they commit to a house,” Tyson says. He advises trying the commute a few times, driving both ways, before you buy.

“If you wait until you move, it’s kind of too late,” Tyson says. “You’re stuck with the house at that point.” Instead, “do the actual commute during the actual time of day — to and from — that you’d be doing,” he says. And talk to people with similar commutes. You may discover that it ebbs and flows at various times of the year.

Some buyers shop for homes where “commute” doesn’t automatically mean “car,” says Ron Phipps, immediate past president of the National Association of Realtors and principal broker with Phipps Realty in Warwick, R.I.

“We’re seeing a lot more urbanization and a lot more people moving toward public transportation links,” he says. One college professor wanted a home that was a comfortable walking distance from campus, he adds. “Five years ago, that wouldn’t have been a priority.”

How well will you fit in with the neighborhood? 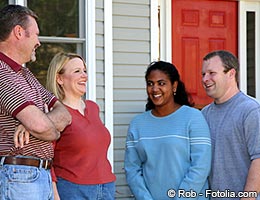 It could be the Saturday night party house, the guy who believes Sundays were made for leaf blowing or the kid who practices the tuba 24/7. Every neighborhood has its eccentrics, and you need to know if you can live with them.

From the minor issues (such as one neighbor’s casual mechanic “shop”) to the major (a string of crimes in the area), you want to know the concerns of the people who live there. “It’s really about asking questions upfront,” Corbett says. Ask the seller, and do your own research, too.

One prospective buyer who planned to work from home even toured a home with a phone app that measures ambient noise, Phipps says. The place was quiet, “so it wasn’t a problem,” he says.

Make sure you have enough power and water 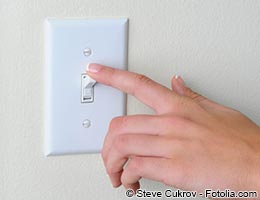 Most people flip lights and faucets on and off when they tour a home just to make sure they get the expected result.

But that’s hardly the test of whether the water pipes or electric wiring will meet your needs, Corbett says. You’ll need to determine if the plumbing and wiring can accommodate your lifestyle.

Flipping a bedroom light on and off doesn’t compare to a busy morning with two blow-dryers and an electric shaver running while the microwave heats breakfast, the air conditioning clicks on and the TV blasts the traffic report.

And if you are showering while someone does laundry and a third person flushes the toilet, will you feel a drop in pressure or a blast of cold water? With water, you can run a few things at one time and see how the home handles the pressure, Corbett says.

As for the electrical systems, you might want to talk to your home inspector, he says. Just explain that there are X number of people in the family who may use electricity simultaneously and ask if it will hold up, Corbett says.

Don’t forget a home for your car 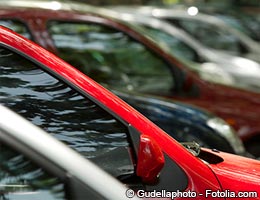 It’s a great home for you, but does it fit your car? Tyson remembers one home he owned came with street parking. It was great, but simple errands such as a trip to the market required a little more planning and a few extra steps. “In retrospect, we wouldn’t have done it differently,” he says. “But you have to make sure you understand the ramifications of not having a garage in the city.”

Likewise, Corbett has seen buyers in condos or town houses realize they don’t have a space usable for their car. Especially if the designated spot is against a wall or post, he says.

Some neighborhoods have rules about parking in the driveway or on the street. So if you have a preference or other plans for your new garage, it’s smart to check any covenants before buying.

How much do you love your neighbor? 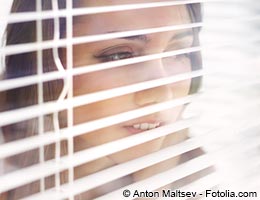 Privacy is a factor that some buyers overlook until it’s too late. “If you’re in the bathroom, are you staring into your neighbor’s shower?” says Corbett. “You really have to be smart. Try to spend some time in the house.” The goal is to get the feeling of what it’s like to really live in the house before you actually buy it, he says.

Do a quick test run and think about the home and what you plan to do there. Then take an hour and “walk through your experience of how you live in the house in a day,” he says. You should ask yourself if the home suits both you and the way you plan to live.

“I think the biggest mistake that people make is they have to see not only do they fit,” says Corbett, “but does their lifestyle fit?”