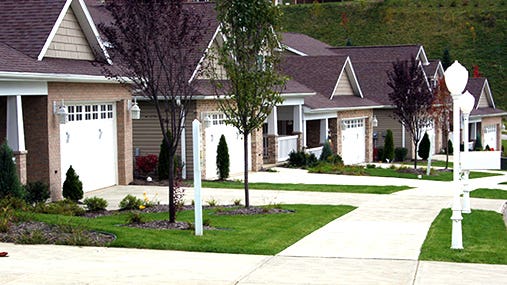 What is the state of the U.S. housing market? Ask that question in two different cities and you may get dramatically different answers.

For example, in Denver, values have soared a mile high, far above their peak during the recent housing bubble.

By contrast, homeowners in Las Vegas continue to feel as if they lost the bet, with prices that remain well below their bubble highs.

However, challenges remain. Thibodeau highlights a few of them in the following interview.

The U.S. housing market has been through one of the most turbulent periods in its history — a soaring bubble, followed by an enormous crash and a somewhat bumpy recovery. What is your take on the state of the nation’s housing market?

Nationally, house prices continue to increase significantly faster than the rate of inflation. According to the Federal Housing Finance Agency, the average annualized rate of change in quarterly U.S. house prices between the first quarter of 2013 and the third quarter of 2014 has been 5.2 percent.

Even with this rapid rate of increase, national house price levels are still 5.5 percent below their 2007 second-quarter peak.

The rate of homeownership in the U.S. continues to decline and, according to the U.S. Bureau of the Census, was 64.4 percent in the third quarter of 2014 — about the same as it was in 1995. The decline in homeownership rates is attributable to three things:

What were some of the most significant housing-related developments over the past year?

There are two factors that have had the most important influences on local housing markets in the past few years: relatively inexpensive debt and very strict underwriting requirements.

These two factors have opposite effects on the demand for homeownership. Low interest rates reduce the after-tax cost of housing and increase the demand for owner-occupied housing.

At the same time, lenders appear to have significantly tightened underwriting requirements, making it difficult to obtain mortgage debt for both financing purchases and for refinancing.

All housing is local, of course. But in general, what are some of the most important trends and developments that today’s buyers should keep in mind when shopping for a home?

In most housing markets and most of the time, the annual after-tax cost of homeownership declines as the length of the holding period increases. This is primarily because homeownership comes with very high transaction costs when homes are purchased and again when homes are sold, and it takes time to amortize these costs. The longer the holding period, the lower the annual average transaction cost.

Looking into your crystal ball, what do you expect will be the biggest housing-related trends and developments this year?

Future trends depend on the local market. In housing markets where house prices are above their historic average (e.g., Denver, Houston and others), the recent rapid increase in house prices is likely to slow down and future house prices changes are going to be closer to the rate of inflation.

I expect house prices to continue to increase in places where inflation-adjusted house prices are currently below their historic average.