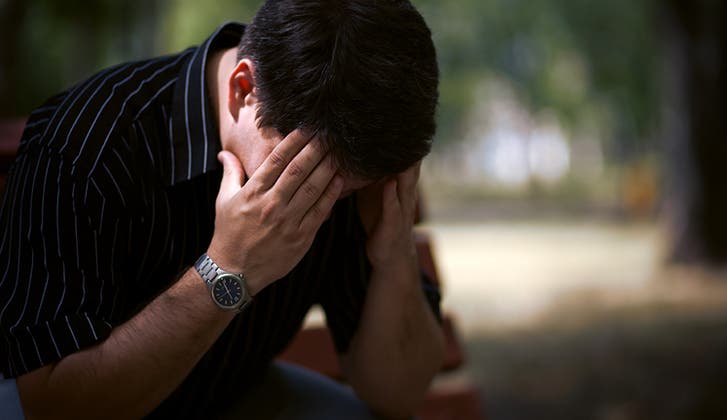 Dear Real Estate Adviser,
I was suffering from depression when I agreed to sell my beach property. Originally I was going to get rid of my other home, a one-bedroom property, but believed at the time that the sale of the beach unit would rid me of all of my debts. (It won’t, it turns out.) It’s now apparent that I didn’t fully realize what I was doing because I signed at the worst point of my depression. The deal hasn’t settled yet. Can I get out of this?
— David

Dear David,
I’m sorry to hear you were hampered by depression when you signed that sales agreement, but I’m afraid you may have a tough time proving you suffered from mental impairment, which is probably what you’d have to do to prevail. If you could somehow prove the other party was aware of your impairment and took advantage of that, you might be able to get out of the contract — though you make no mention of that particular wrinkle.

In most states, the standard for considering mental capacity is simply if the complainant understood the effect and meaning of the wording in a contract or transaction, known as the “cognitive” test. However, a handful of other states use the “affective” test I mentioned earlier to determine if the offended party was unable to act in a reasonable capacity and if the other party knew of — and used — that condition to gain an advantage. A third variation, the “motivational” test, measures someone’s mental capacity by their ability to judge whether or not to enter into such agreements.

It doesn’t look good for you

Such tests have produced mixed results when applied to persons with bipolar disorder, and most judges tend to rule against complainants in such circumstances. In one landmark California case, a court ruled that a bipolar person in a manic state who signed a deal still had “capacity to contract,” saying that his judgment may have been temporarily impaired, but his understanding of the transaction was not. Of course, only a qualified attorney in your state can determine your best strategy and your chance of prevailing. In most such cases, by the way, a judge will make the determination.

Can you cancel the deal?

Depending on how many dollars are at stake, you may have better luck simply telling buyers you have changed your mind and want to cancel the deal. The good news is that it’s rare that cold-footed sellers such as you are actually forced to sell; but the bad news is that you may be asked (or forced) not only to return the buyers’ earnest money, but to reimburse them for appraisal, survey and inspection fees, lost deposits, storage costs, temporary housing costs and legal costs, among other expenses. The buyers may be plenty peeved and even seek additional redress from the inconvenience of coordinating their own home sale with the anticipated purchase of that beach home. There are so many moving parts to a sale-and-purchase cycle that grind to a halt when a deal is canceled in the late stages.

Or wait for a deus ex machina

Of course, you won’t know until you try. Alternatively, if the buyers can’t perform due to lack of financing (you mentioned the closing isn’t settled) or any other contingency, you’re in luck. However, trying to navigate this legal minefield without representation could be disastrous otherwise. Your other option, should the fallout from the cancellation prove too costly in the long run, is merely going ahead with the sale.

With almost 10 percent of the U.S. population afflicted by depression in any given year, you certainly aren’t alone and my heart goes out to you. Here’s hoping you get a firm rein on your condition and that you work out your selling and debt situations amicably. Good luck!

Steve McLinden has written on virtually all aspects of the real estate world for the past 15 years. His writings have appeared in newspapers around the country on the Scripps-Howard and Knight-Ridder business wire services. A resident of Arlington, Texas, McLinden spent seven years covering real estate for the Fort Worth Star-Telegram, winning multiple writing awards. At present, he is a correspondent for National Real Estate Investor, Shopping Centers Today and REO magazine. He has also written for Urban Land and Tierra Grande, a quarterly published by the Texas A &amp; M University Real Estate Center, plus covered real estate beats for business journals in the Dallas-Fort Worth area. McLinden is a native of Peoria, Ill., and a graduate of Bergan High School. He earned a bachelor's degree in communications from Western Illinois University