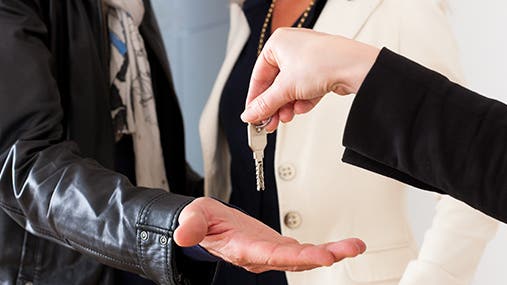 This might be the year in which U.S. housing markets return to normal, judging by real estate industry statements and predictions. But what exactly is “normal” in housing, and how close are local markets to that standard?

One way to measure “normal” is to consider home sales, which totaled 5.09 million in 2013, according to the National Association of Realtors, or NAR.

Another measure of “normal” would be the U.S. median home price, which rose to $197,100 last year, according to the Realtors.

A supply of six to 6 1/2 months generally means a market is balanced, favoring neither sellers nor buyers, a state regarded as “normal.”

Another measurement of “normal” is the Leading Markets Index, or LMI, which uses data from the federal Bureau of Labor Statistics, Freddie Mac and the Census to track economic and housing activity in about 350 metropolitan areas.

The January 2014 report found that the national LMI was 0.86, which meant the national economy was at 86 percent of “normal” activity. Perhaps even more telling was that 56 of the metros had returned to or exceeded their last “normal” levels of economic and housing activity. That’s about 16 percent of the locales.

The LMI is sponsored by the National Association of Home Builders, or NAHB, and First American, a title insurance and real estate settlement services company.

NAHB Chairman Rick Judson, a Charlotte, N.C., home builder, says more markets have been “slowly returning to normal levels” and the trend is expected to continue due to the improving economy and pent-up buyer demand.

NAHB Chief Economist David Crowe points out that 48 of the 56 metros that exceeded “normal” were smaller cities with less than 500,000 residents. Baton Rouge, La., topped the list with a score of 1.42.

Not ‘normal’ in Texas

Still, Cathy Coneway, a broker for Stanberry & Associates, a realty brokerage in Austin, Texas, says the local housing market is “not normal.” Rather, it’s overheated.

“We’re in a fast-paced market,” Coneway says. “The good news is that it’s not what I consider a ‘bubble.’ The market has very high demand and less than three months of inventory. Unless more resales and new homes hit the market, we could see it getting worse.”

By “worse,” Coneway means the market could become more out of balance in favor of sellers during this year’s spring homebuying season.

“What I’d consider normal for Austin is a good solid six months of supply so buyers and sellers negotiate to get a reasonable price,” she says. “When demand is so high and supply so low, sellers can ask for what they want, and they might get an extra $10,000 or $20,000 on top of that because buyers get frustrated.”

Perhaps a better example of “normal” can be found in New England, where Allyson Bernard, owner of Real Estate Professionals of Connecticut, describes the housing market as “more healthy,” “more steady” and “becoming more balanced.”

“The last three, four, five years have been so unpredictable,” Bernard says. But now, “buyers can figure out on a personal level where they’re going to be and what their financial means and comfort are — or are not.”

Buyer readiness hasn’t brought on an inventory crunch, however. Instead, Bernard says, sellers still have to price their home competitively and be willing to make repairs before they put their home on the market or when they find a buyer for it.

“‘Realistic’ is the key word for sellers, even though there are more buyers that are a little more confident,” she says. “This is the long-term reality and is normal for the majority of the market.”