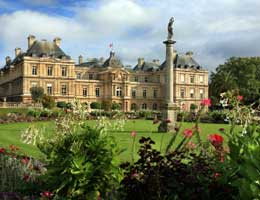 Your fantasy of living in a castle in the French countryside may not be so farfetched. For the price of a Manhattan condo, you can own one of the estimated 2,000 to 3,000 historic French chateaux that are now up for sale.

Many of these estates have been put on the market because their current owners can no longer afford the taxes and upkeep, according to Michael Braunholtz, sales director for Prestige Property Group, which maintains an international property database.

While the French government is trying to unload hundreds of properties to cut debt, it owns fewer than 1 percent of the chateaux up for sale.

They may look like bargains at first glance, but Braunholtz warns that many of these properties require extensive renovation. Real estate agent Anne Chassaigne-De La Sauzay of Agence Internationale Mercure estimates that total property taxes run about $5,500 to $9,600 per year, insurance costs range from $2,700 to $6,800, and heating for year-round residents costs $4,100 to $9,600.

Check out these five properties that are currently on the market for under $3 million. 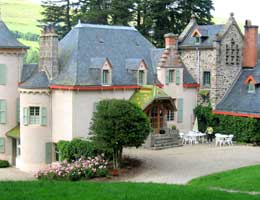 Before you start picturing yourself in a slightly scaled-down version of Versailles, make a note that “chateaux” is a broadly defined term.

“It can mean a French castle, a French manor house, an estate where wine is produced (or) a large country house,” Braunholtz says. “Many vendors seem tempted to define smaller country houses as chateaux for the purposes of a sale.”

This 4,306-square-foot castle is set on 4.2 acres within a mountainous area at the center of Regional Nature Park of the Volcanoes in the Auvergne region of south central France. The estate is located in the department (administrative district) of Cantal. Sporting an art deco interior design, the property includes the original 19th century dwelling — featuring two towers, six bedrooms, three bathrooms and an office — and a 20th century addition with five bedrooms, two baths, a wine cellar and a playroom/garage. Two other buildings on the grounds, both of which require renovation, contain two bedrooms each and are adjacent to a tennis court. 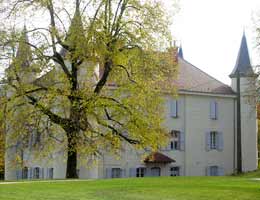 Situated in the southeastern Rhone-Alpes region, where the Rhone River and the French Alps are the most prominent part of the landscape, this circa-1850 castle contains 5,382 square feet of livable space, including 11 bedrooms, three bathrooms and an office. The 6.7-acre grounds include a swimming pool and tennis court. Part of the administrative district of Isere, the property is located in the town of Voiron, an hour and 15 minutes from Lyon, France’s third-largest city. Grenoble, the university town and high-tech center nicknamed the “capital of the Alps,” is 40 minutes away. 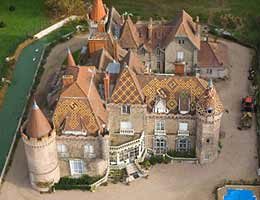 How’s this for a water feature? Built between the 15th and 19th centuries, this four-story castle with a moat and drawbridge contains more than 15,000 square feet of living space, surrounded by 49 acres of woodlands, meadows and ponds, along with a swimming pool and tennis courts. The building contains 30 main rooms and a chapel. The property is in the department of Saone et Loire in southern Burgundy. Dijon, the regional capital, is an hour and 40 minutes from Paris by high-speed rail. 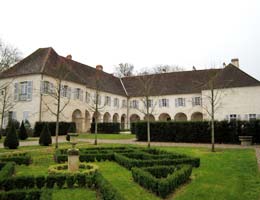 This chateau in the Franche-Comte region of northeastern France served as an abbey in the 12th and 13th centuries. It’s located in the department of Haute-Saone, which gets its name from the Saone River. The walled, 22-acre site is dotted with trees, lakes, gardens and several outbuildings, while the main structure features six en-suite bedrooms among its 16 primary rooms. Coffered ceilings, a stone staircase and vaulted cellars highlight the interiors. The nearest major town is Vesoul, whose notable tourist landmarks include the 18th century St. George Church and a solitary, 1,263-foot hill known as La Motte. 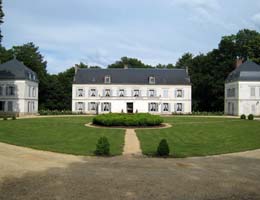 Constructed in the 18th and 19th centuries, this chateau in northwest Burgundy is located in the administrative district of Yonne, whose capital city, Auxerre, sits on the banks of the Yonne River. Its main building contains approximately 5,600 square feet of living space, while two 1,400 square-foot pavilions stand on either side. The 16-acre property’s many outbuildings include a small chapel, stables and an apartment that opens onto a pool. The sights and shops of Paris are an hour and a half away. 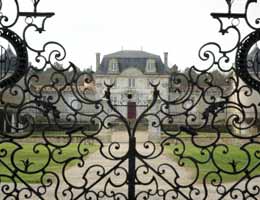 It’s said that every home is a castle. Read these Bankrate stories to help you make the most of yours.