If you’re selling a house, you don’t want to hear any more about “the buyers’ market.”

And that goes double if you need to sell quickly.

Homebuyers demand rock-bottom prices, concessions, gift cards and — literally — everything including extravagant kitchen sinks. So what’s a stressed seller to do?

Three negotiating experts share some of their favorite tips for getting the most for your house, even if you have to sell fast. 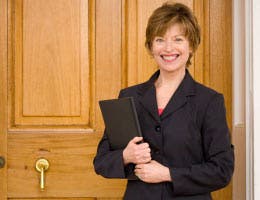 Behind on the mortgage? Getting divorced? Have to move for a new job? Keep that news to yourself, says Jim Camp, author of “No: The Only Negotiating System You Need for Work and Home” and president and founder of The Jim Camp Group. “Because, as a seller, you’re in a negotiation with your Realtor, whether you know it or not, ” he says. “And they can be the toughest party in the negotiation, actually.”

Camp coaches high-level executives in negotiating skills. Some of the toughest situations for business leaders is getting what they need from professionals they hire to represent their own interests. Working with a real estate agent is no different, he says.

Too many times, buyers think they have a friend in their real estate agent, “but that attitude is really going to hurt them in the end,” Camp says. “He’s not your friend. He’s your agent. And you’re in negotiation with your agent whether you like it or not.” 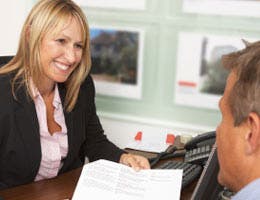 You’re not on the “Real Housewives” or “American Idol.” You don’t get extra points for your compelling back story. In fact, it could cost you big. So, as Dr. Evil so elegantly advised, “Zip it.”

Sooner or later (likely sooner), a real estate agent or some sharp-eyed buyer will ask: “Why are you selling?”

“I like what I call a ‘no-risk answer,'” Camp counsels his clients. Some examples:

The secret to success: “You want to keep it simple and have it planned out,” Camp says.

Most important, you give agents and buyers absolutely nothing to work with and say nothing that hints to your desire to move quickly.

Buy yourself some time with the bank 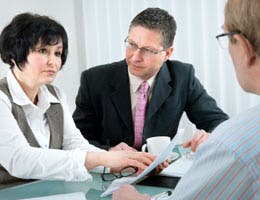 If you need to sell because you can no longer afford the mortgage, you might be able to negotiate with the bank if it knows you’re actively selling the house, says Camp.

Camp recently coached one client who could no longer make his $8,000-per-month mortgage. After a few conversations, the bank lowered his payments to $2,000 in return for his putting the home on the market.

Negotiating secret: “You have to go to the head of loss mitigation” for the lender or servicer, Camp says. For the homeowner who comes in “straight up,” who is selling the home and needs patience while it’s on the market — “you’ll be shocked what they will do for you,” he says.

Why it can work: The lender is “looking for ways to get their money or keep their money,” Camp says. The quickest way to get the most money is if the owner sells the house in a regular sale, he says.

With foreclosures or short sales, properties can linger — empty and profitless — for years before lenders recoup just a portion of their money.

Take the deadline out of your divorce sale 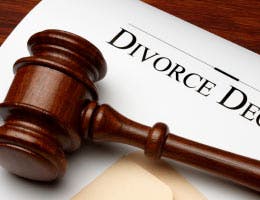 To too many buyers, “divorce” is code for “make a lowball offer because they have to sell fast.” So don’t mention the divorce and take speed out of the equation.

“I promise you that almost every divorce involves money,” Camp says. “And your attorney can negotiate with your ex-spouse’s attorney to call off the dogs (long enough) to get top dollar. That’s a very important piece to the puzzle.”

Let your house ‘sell’ itself 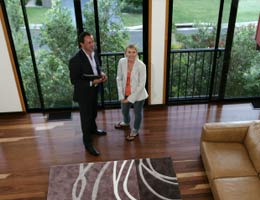 People make the homebuying decision emotionally, then try to rationalize it, Camp says.

What that means to you: You’ll never be able to “prove” your home’s worth to a potential buyer, he says. So stop trying.

Many people make the mistake of trying to “sell” a house and “prove” the place is worth the asking price. “It comes off as needy,” Camp says. Nobody really cares if you have all the receipts detailing every high-dollar element of that $40,000 kitchen remodel, he says.

Instead, let potential buyers discover — and connect with — the home’s value for themselves.

One strategy: Be elsewhere when potential buyers visit.

“I think the less you’re there during showings, the better,” Camp says. An additional advantage: they can’t read your body language or ask questions you’d rather not answer (like your target moving date, or what your rock-bottom price “really” is). 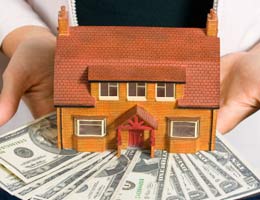 Want to sell your house quicker for a higher price? Offer your agent an incentive to sell it above a certain amount by a certain date, says Stuart Diamond, author of “Getting More: How to Negotiate to Achieve Your Goals in the Real World” and professor of negotiation at The Wharton School of the University of Pennsylvania.

Does that mean you’ll have to explain your quick-sell reasons to the agent? Not necessarily, Diamond says. “I would tend not to tell my agent everything, but tie the incentive to a price and a date,” he says.

One negotiating strategy: Make the offer short-term. For example, tell the agent “you have this incentive for three weeks,” Diamond says. In the next few weeks, that agent will give your property a lot of time, traffic and attention, he says.

Have a plan B

Homebuyers and dogs can smell fear. So expand your options instead of panicking, says G. Richard Shell, author of “Bargaining for Advantage: Negotiation Strategies for Reasonable People” and professor of legal studies and business ethics at The Wharton School.

The strategy: “Set up some sort of plan B,” so the buyer sees he or she isn’t the only option, he says.

For example, if you can’t sell the property quickly, you could plan to rent it or make it available to a local college to house a visiting professor for the school year, he says.

“But the most important aspect of this is that the buyer and the Realtor know this plan B exists,” Shell says.

Why it works: Even if the market is bad and this is the only nibble you’ve had, the buyer knows he or she is not the only game in town. 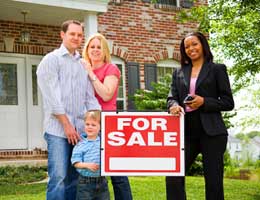