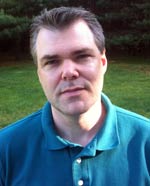 When you and your family are fast asleep, vampires could be lurking in your house. But they don’t wear capes or melt in the sunlight. They’re your cable boxes — and they suck electricity, not your blood. That’s right. Even when you’re not using them, your cable boxes are feasting on energy, especially if they have digital video recorders. This month’s Frugal $ense contest winner found some cheap devices to repel these power vampires.

Vincent Levesque won $100 for submitting the following tip:
Timers on the cable boxes
“You really don’t know how much energy things use in your house when they aren’t in use. I bought an energy meter from a large warehouse store that you can plug things into and see the power usage — it costs about $30. I was very surprised to see that the cable boxes were using about 40 watts when not in use. I have five boxes in my home, so that really added up.
“I bought small plug-in timers and have them on all of the boxes now. They shut off at 11 p.m. and come on at 4 p.m. the next day. I was thrilled by the savings, and buying an energy meter paid for itself in a matter of a couple of months. I also went around the house and made a list of everything that is plugged in and using energy to cut back further. You will be surprised at what you’ll find. Once you are done making your house efficient, share the meter with friends and family.” — Vincent Levesque of Lumberton, N.J.Read more tipsSubmit your tip

Bankrate.com: Why did you buy an energy meter?

Vincent Levesque: I was looking at ways to save money. I just bought a house in September 2010 — I went from 1,800 (square feet) to 3,200 square feet. I was already preparing for my energy bill to double. I was trying to think about how to start reducing now so I wouldn’t feel the pain later.

Bankrate.com: Were there any other surprising findings besides what you found with the cable boxes?

Vincent Levesque: Not really. The first thing I did was change out incandescent light bulbs to fluorescent. And in the last three months I have been buying LED (light-emitting diode) bulbs. … LED bulbs last longer, but fluorescent bulbs are a lot cheaper. I just basically go around the house and see what I can unplug and save energy on. (The cable boxes) were the main things. They were on all the time, so I knew there could be energy cost-savings there. Most of the computers and stuff like that are shut off. So they’re not doing the vampire-energy thing.

Bankrate.com: Have you made any other changes to cut down on power usage?

Vincent Levesque: I have also purchased a home energy monitor. It hooks up to the electrical panel itself and gives you a real-time energy usage every couple of seconds. So you can see how many watts your house is currently using. Our house is always around 400 watts. So if we’re using more than that, we can go around the house and see what’s taking up extra power.

Bankrate.com: How much were the plug-in timers?

Vincent Levesque: I got them during the Christmas season. Stores have them out for holiday lights. I was finding them two for $6. It depends on where you go. But during the holidays there are truckloads of timers everywhere.