The ‘Mad Men’ index: Prices then and now

You have just a few more chances to get your fill of “Mad Men” style. This spring, AMC is running the final episodes of its acclaimed drama series centered on troubled 1960s advertising executive Don Draper.

Don, his family members and colleagues on “Mad Men” all have such great taste — but how could they afford it? And could you afford to live in similar fashion now? Grab a cocktail and get comfortable on your fainting couch as we check costs of some iconic items from the show. See the actual prices from back in the day; how those prices translate to today’s dollars; and what the same or similar items sell for now. 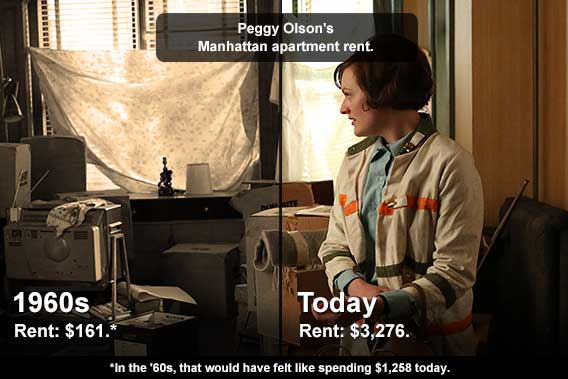 “Mad Men” secretary-turned-star-copywriter Peggy Olson would have paid a little more than $160 a month for a typical Manhattan apartment in the 1960s, but she’d probably need more than one roommate to afford the price of a similar rental today. 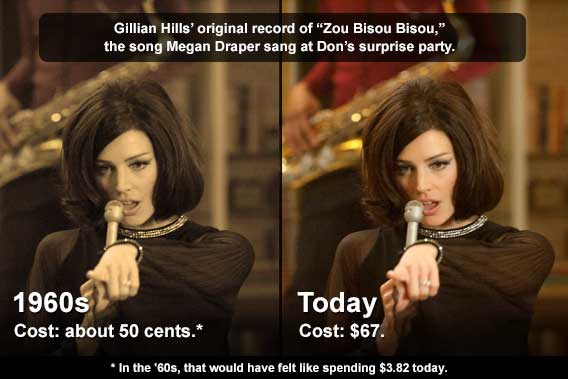 During the Season 5 premiere of “Mad Men,” Megan Draper had jaws dropping and eyes popping with her scorching rendition of the French pop song “Zou Bisou Bisou” at Don’s surprise 40th birthday party. The original record by Gillian Hills cost pennies back in the day but commands a much higher price today.

Roger Sterling’s three-martini liquid lunches on “Mad Men” would have cost mere pocket change in the Manhattan of the 1960s. Today, the classic cocktail commands a much higher price. 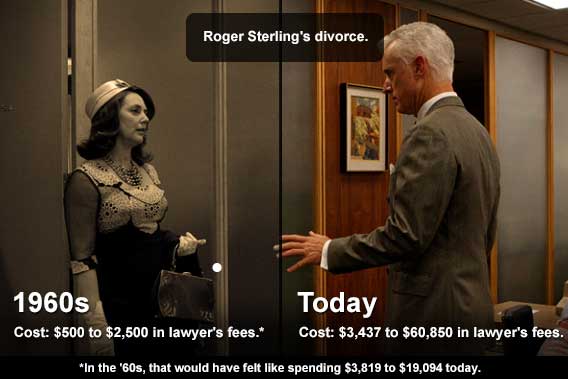 If “Mad Men” cad-about-town Roger Sterling thought breaking up was hard to do in the 1960s, he should check out the cost of today’s divorce attorneys. Their fees range into five figures. 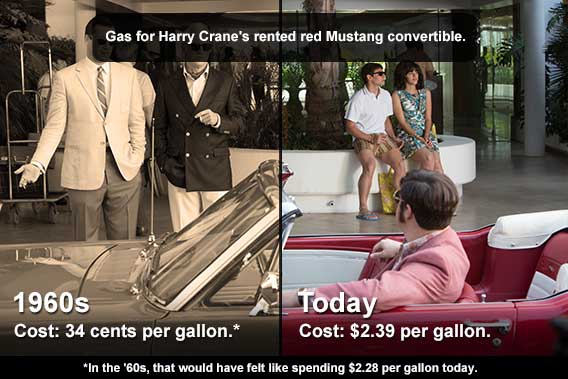 When Harry Crane rents a red Mustang convertible in Season 6 of “Mad Men,” Roger squawks about arriving at the client meeting “with bugs on my teeth.” But who could complain about what the guys paid for gasoline on that 1968 business trip? It probably cost less than 35 cents per gallon. Gas is about seven times more expensive today. 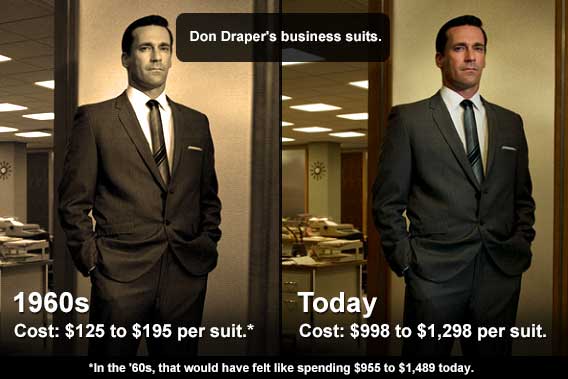 How does Draper look so dapper? Don’s sharp suits on “Mad Men” would take about the same bite out of a businessman’s budget today as in the 1960s. Similar suits at Brooks Brothers now start around $1,000. Prices have risen over the years at roughly the rate of inflation. 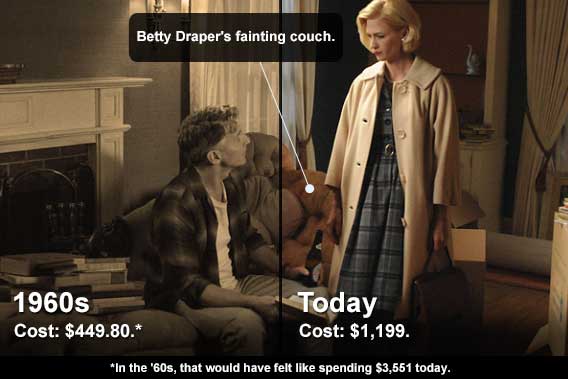 A fainting couch like the one Betty buys while under the spell of her future second husband, Henry, would have cost less than $500 during the “Mad Men” era. A similar piece of furniture would sell for more than twice as much today. 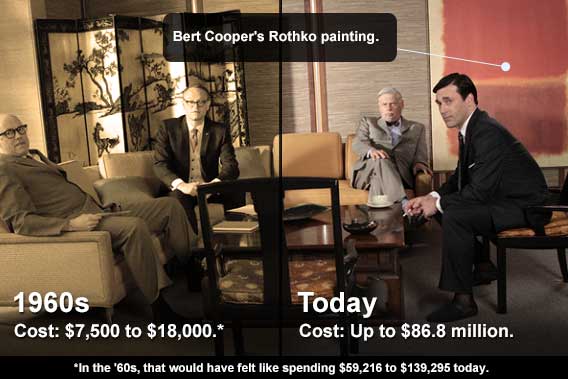 The abstract painting by Mark Rothko in Bert Cooper’s office on “Mad Men” might have been had for thousands of dollars in the early 1960s, while the artist was still alive. Prices have gone into the stratosphere in recent decades, with a Rothko selling at auction in 2012 for a record price of almost $87 million. 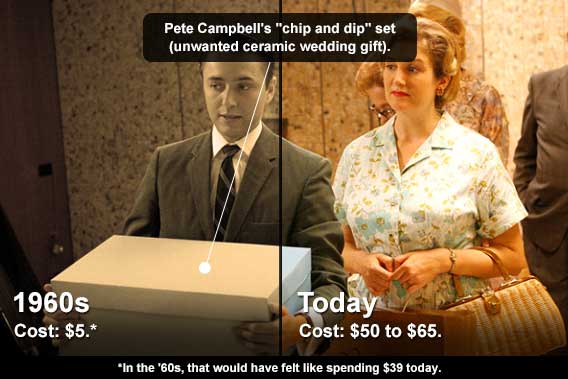 The ceramic “chip and dip” wedding gift that Pete Campbell took back to the department store and exchanged for a rifle during the first season of “Mad Men” appears to be a reproduction in the style of pieces created by Brad Keeler Artwares in the 1950s, according to Keeler’s granddaughter, Cati Porter. One of the vintage items would be affordable today.