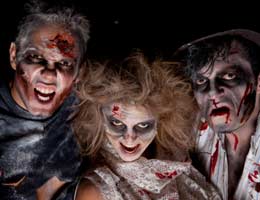 Halloween may feel a bit like channel surfing this year.

According to retailers, popular Halloween costumes could be pulled right out of the TV Guide, with shows like “Boardwalk Empire” and “Game of Thrones” inspiring many.

The most common theme, however, has been zombies, which shouldn’t surprise fans of AMC’s “The Walking Dead.”

The undead have unseated vampires, which dominated recent Halloween seasons, says Ressa Tomkiewicz, Halloween “spookswoman” for Party City’s more than 600 stores across the country. More than 2.6 million American adults and children plan to dress as zombies this year, according to the National Retail Federation’s, or NRF’s, 2011 Top Costumes Survey.

“I think people are ready for something new and different but still on the dark side — something a little scary, a little gory,” Tomkiewicz says.

However, with the continuing economic turmoil, the scariest thing for some partygoers might be their bank account balances.

Still, consumers surveyed for the retail group stated they planned to spend a little more to celebrate Halloween this year — more than $72 on average, up about $6 from 2010. Respondents say they would pay $40.81 on average for costumes for themselves, their kids and their pets, about $3 more than last year.

Men: box-office hits and the classics 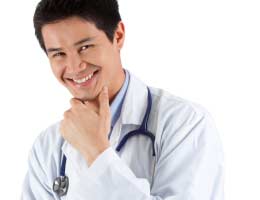 Many men will look to the box office for Halloween costume ideas, picking up big-screen superhero costumes such as Captain America and the Green Lantern, says Tomkiewicz.

Captain America and Thor have also been popular among the men coming into Chicago Costume’s stores, says general manager Courtland Hickey. Prices for a Captain America get-up at Chicago Costume range from $21.25 for a kit with a mask, gloves and a stick-on T-shirt emblem to $99.99 for a prestige version with more accessories.

He says others start with a basic outfit, such as a SWAT officer or convict, doctor or firefighter, and then have some fun personalizing it — covering a lab coat with blood, for example.

Tomkiewicz says the frugal customer might consider purchasing a zombie makeup kit to revamp a costume worn in previous years. A rock star costume could easily be transformed into a zombie rocker with some strategic face paint and fake blood.

A few guys might enjoy donning a bowling shirt a la Charlie Sheen and playing the “Malibu Maniac” role for a night, says Heather Siegel-George, a vice president of Las Vegas-based HalloweenMart.com. The complete costume runs $29.99.

Women: flirty or zombie or both 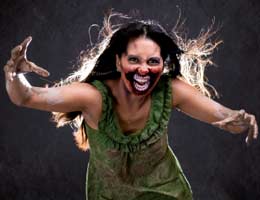 Women have lots of options in a wide range of prices, Hickey says. Those who are hunting for something flirty might select a corset-backed outfit, which he says offers a personalized fit and attractive look.

Corsets might seem like a natural fit for costumes such as the “Black Swan”-inspired corset and tutu, which costs $699 at Chicago Costume and is embellished with red lace and feathers. A plainer version of the costume is also available for $199. And Hickey says now even superheroes such as Batgirl and Wonder Woman come in corset styles.

For those seeking to marry their desire to be desirable with their inner zombie, there are a number of choices, says Siegel-George, including a $59.99 “zombie housewife” wearing a minidress and a “zombie nurse.”

Lady Gaga has continued her Halloween costume popularity streak this year, says Siegel-George, although sales of Katy Perry get-ups — complete with a blue wig — have also been high.

Tomkiewicz says women seeking more modest alternatives could check out the 1920s flapper outfits from “Boardwalk Empire” or recreate the look worn in “Game of Thrones” with a costume from the medieval era. 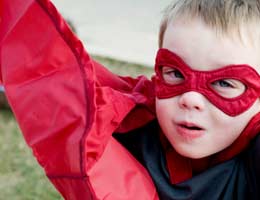 Boys often reach for superheroes with Spiderman and Batman showing up in the top 10 choices for kids in the retailers’ survey.

This year Tomkiewicz says Captain America is just as popular among young men as it has been with adults.

“It depends on what was in the theaters,” she says.

Hickey says Captain America shields have been “an accessory people are really into.” Prices range from $14.99 for child sizes to $85 for a metal, rental-quality shield at his website. Power Rangers have also definitely made a comeback this year, he says.

Boys have been in the market for the zombie makeup along with older shoppers, Tomkiewicz says.

And one costume has never gone out of fashion: pirates.

“Pirates are still a huge category for us,” Siegel-George says. “They just never seem to quite go away.” 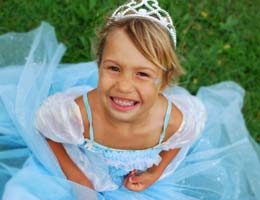 Nearly every little girl wants to be a princess — particularly one of the Disney variety, the retailers agree. Princess was the top response in the kids’ category for the retailers’ survey, with “Disney Princess” tied at ninth place with Batman, vampires and zombies. But tweens have really taken to “Monster High” costumes, Tomkiewicz says.

The franchise, based on a line of Mattel dolls, features the children of the world’s most famous monsters attending high school together.

“It’s a good solution for girls who have sort of outgrown the Disney princesses,” she says. “Hannah Montana just isn’t as popular.”

Tweens and teens alike might be attracted to the “zombie teen prom queen” Halloween costume, she says. It costs $29.99.

Siegel-George says Glee costumes, such as a $39.99 cheerleader outfit and a $49.99 tracksuit, have seen an increase in sales. True “Gleeks” can also add a branded megaphone for $14.99.

Pets: part of the family 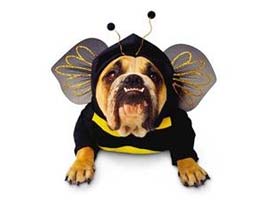 Costumes for pets have grown into a huge category, but no single universal trend seems to have emerged. According to the NRF costume survey, popular costumes this year included pumpkins, devils, hot dogs and bees. Also in the top 10 were cat ranked at fifth place and dog at ninth place.

Pet costumes were not readily available just a few years ago. But nowadays, families intending to take their dogs to parades or on trick-or-treating runs can select complementary costumes for their pets — Astro for a family of Jetsons, for example.

Dressing up with a bowtie, fancy collar or bandana, rather than subjecting a pet to a full costume, was also a popular response in the retail federation’s survey.

Siegel-George agrees one of HalloweenMart’s best-sellers for pets might not be considered an actual costume.

Instead, the “dog riders” are tiny saddles attached to straps, complete with toy “passengers” that include a cowboy, headless horseman or even a monkey. Strap one onto a dog and turn it into a mighty steed. Prices range from $19.99 to $22.99 for the most expensive option, a circus monkey.

Buying in a tough economy? 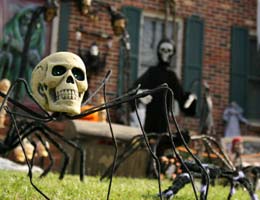 The NRF survey predicted a strong Halloween season. Only a third of more than 9,300 respondents said the economy would impact their plans. More than 40 percent of those cutting back says they would buy less candy or avoid Halloween haunted houses or hayrides.

Consumer spending is expected to reach $6.86 billion for costumes, decorations, candy and greeting cards when results are extrapolated out to the total U.S adult population.

But retailers were skeptical. Sales have not recovered since 2008’s decline, says Hickey.

“People are calling, and there’s lots of interest, but dollars aren’t walking through the door,” he says.

This year had a slow start, says Siegel-George. “For the past four years, it’s been later and later,” she says. “Unfortunately, everyone starts thinking about (Halloween) two or three days beforehand.”

Customers focus on prices. “People are conscientious about what’s on sale,” Siegel-George says, and sometimes buy a costume but few accessories.

Others exhibit what she describes as the “Diet Coke” effect.

Just as dieters might reconcile a greasy burger and fries by pairing them with a low-calorie drink, some customers choose a costume discounted by 30 percent “but then they’ll get five accessories,” Siegel-George says.