When to ignore conventional wisdom

You’ve been barraged by financial wisdom since the day you landed your first job. Surely you’ve heard these nuggets before:

In many cases, this advice is still spot-on. Except when it isn’t. Find out when to ignore the conventional financial wisdom and learn what to do instead.

Save 10 percent of your income 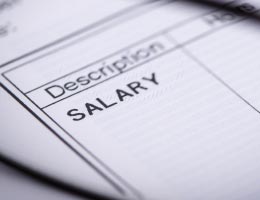 Conventional financial wisdom: Save 10 percent to 15 percent of your income for retirement.

Instead: Sock away 25 percent to 30 percent to make up for the times when you can save only 5 percent or less.

Why: Admittedly, saving 10 percent to 15 percent would represent an improvement for many young people, says David H. Lamp, a CFP with BBJS Financial Advisors in Seattle. That savings habit will produce a good result if you maintain it through your working career. But you should save even more when you’re starting out to compensate for financial bumps in the road later. Life events such as changing careers, getting laid off, buying a house, getting married and starting a family can cause your income to drop or make saving tough, Lamp says. So it’s important to save more when you can to make up the difference.

“I’m a living example of someone who did this, and I have benefitted greatly,” Lamp says. “My needs as a 21-year-old were much smaller than they are now at 38. I’ve always been a diligent saver, but there have been times when I wasn’t able to put any money away in a given year, and I’m thankful I put away a lot early on.”

Invest in a house 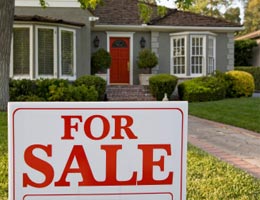 Conventional financial wisdom: Buy a condo or house as soon as you can afford it. It’s an investment in the future.

Instead: Rent while the trends for housing are still downward, says Christiane S. Delessert of Delessert Financial Services in Waltham, Mass.

Why: Wait until you know for sure if you will stay in the city where you landed your first job, Delessert says. If you decide the job isn’t a good fit, you don’t want to have to sell that new condo for less than you paid for it.

How much house you can afford 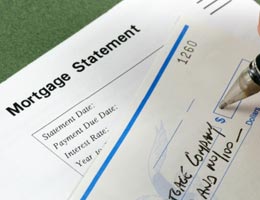 CFP Walt Mozdzer of Syverson Strege & Co. of West Des Moines, Iowa, recently counseled a surgeon and his wife about how much house they could afford. The surgeon is starting his first hospital job, and he will make about $240,000 a year. The hospital is paying off his $225,000 in school loans. With about $20,000 a month in gross income, 28 percent would be a house payment of $5,600 a month. Can the doctor skip the McMansion and go straight to the mansion? Not so fast.

Instead: Remember, every family is different. For the surgeon and his wife, the magic number was about 25 percent of net income.

Why: Although the hospital will pay off the surgeon’s medical school loans, those payments will count as income, and the family will have to pay taxes on that phantom income, says Mozdzer. And after living in cramped quarters, he and his wife need money to furnish that house. Also, after living on a shoestring budget for years, they’ll have pent-up demand for vacations, dining out, new clothes and more, Mozdzer says. Finally, they’re overdue to start college funds for their kids. 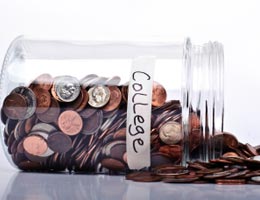 Conventional financial wisdom: Start saving for your child’s college in a dedicated education fund while he or she is still in diapers.

Instead: Save where it makes the most financial sense, which is often in a retirement account — specifically, a Roth IRA. Then, review options closer to college, says CFP Robert Schmansky of Clear Financial Advisors in Bloomfield Hills, Mich.

Why: Parents do want to save specifically for their children’s college, especially if they’re still paying off their own loans, Schmansky says. “But using college savings plans such as 529s has its drawbacks. Among them are: the limited and sometimes costly investment options, the necessity the funds are used for college and that you have additional record keeping to take care of,” he says. With a retirement account, especially a Roth IRA, you keep your investment costs lower, and you can use the money for multiple goals — including college, he says.

The 80-20 rule for young investors 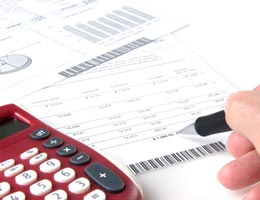 Conventional financial wisdom: Young people should invest 80 percent in stocks and 20 percent in bonds because they’re in it for the long haul.

Instead: Consider 50-50 stocks and bonds.

Why: “In volatile markets, you need to have enough cash to take advantage of the volatility,” Delessert says. That means you’ll want to have cash on hand to buy more stocks if the markets continue to go down, she says. “Currently, this extraordinary volatility is presenting opportunities. A tactical approach may be more beneficial than an ‘invest for the long term approach.'” 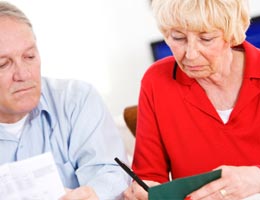 Conventional financial wisdom: A well-to-do couple in their late 50s should start giving money every year to their children and grandchildren in the amount of the annual gift tax exemption, currently $13,000, to minimize estate taxes.

Instead: Hang on to your money — you might need it, says CFP Bruce Barton of Parkworth Wealth Management in San Jose, Calif. “Depending on the number of children and grandchildren you have, it can indeed reduce your estate very quickly but, depending on future market upheavals, might put at risk your retirement nest egg,” Barton says. “I have seen some really bad situations with clients coming to me too late in life for me to be able to do anything without drastic advice such as “sell the house, downsize and move out of state.”

Besides, reducing your estate isn’t an issue unless your net worth exceeds $5 million, since that’s the amount currently exempt from taxes. Estate taxes could be a concern after 2012, when the exemption reverts to $1 million with a 55 percent tax on the excess. Of course, the rules may change before then.

Get conservative as you approach retirement 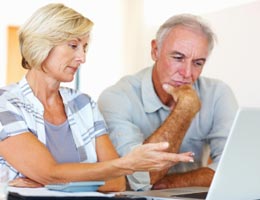 Conventional financial wisdom: Reduce the amount of stocks in your portfolio at retirement to protect your nest egg.

Instead: Continue holding enough stocks to ensure your required withdrawal rate can be met throughout retirement, says Barton. Hold three years’ worth of living expenses in safe, liquid assets, such as a combination of cash, money market funds, short-term bond funds and laddered CDs.

Why: Many people retiring now at age 55 to 65 will have 20 to 30 years or more in retirement, Barton says. Their portfolios will need to continue working hard for them once they quit working. Reducing the percentage of stock holdings does lower the risk in your portfolio, but it also reduces the potential for return and may create longevity risk — the chance that you’ll outlive your money. With cash in reserve along with stocks, you won’t have to sell stocks to raise cash if the market goes down. The cash buffers volatility while the portfolio remains structured to deliver long-term growth, he says.

Go for yield in retirement 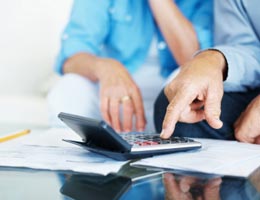 Conventional financial wisdom: Move your money into dividend-paying stocks and bonds with decent yields to create income in retirement.

Why: Looking only at dividends can place an unnecessary constraint on your portfolio and lead to subpar performance, Barton says. You can always raise cash by selling securities — you don’t necessarily need to pick securities based on their ability to produce cash, he says. This gives you and your planner the freedom to select securities that maximize the total amount earned.