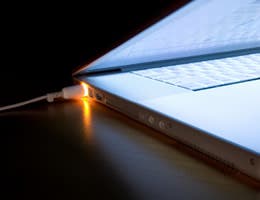 Drive a stake into vampire power

You don’t have to spend thousands on a hybrid car or solar energy panels to achieve energy savings. You can cut power consumption by driving a stake into “vampire” power.

Even when they are turned off, many devices such as computers, DVRs, DVD players and microwaves use vampire power, the standby power that is sucked from an outlet while a device isn’t actually in use, says Christina Kielich, a spokeswoman for the Department of Energy, or DOE.

The energy-sapping can add up. “The average amount that people waste in their homes is between 5 (percent) and 10 percent,” Kielich says. The average household spends about $2,200 per year on energy consumption, according to the DOE. So you could save up to $220 per year by eliminating standby power.

Based on the findings of a 2010 study on standby power by the Lawrence Berkeley National Laboratory, Bankrate has calculated the estimated annual cost to consumers for the electricity sapped by various home devices and offers ways to avoid it. 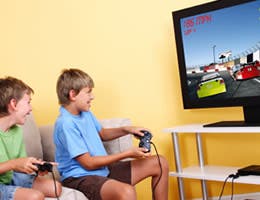 Your kids’ video games are gulping power even when they’re not being used, says Lane Burt, manager of building energy policy for Natural Resources Defense Council in Washington, D.C.

“(Video game) consoles can be off, but still use a lot of power because they’re checking for updates,” Burt says. “They can be on all the time and you don’t even know it. Sometimes the only thing that happens when you turn it off is the LED changes color.”

For example, the average game console in standby mode consumes $23 per year in electricity, Kielich says.

The Xbox 360 and Sony PlayStation have power-saving, auto-shutdown modes, but it’s up to gamers to enable the mode to save energy and money, Burt says. For game consoles without an auto shutdown mode, plug the game into a power strip and turn the power strip off when the device isn’t in use. 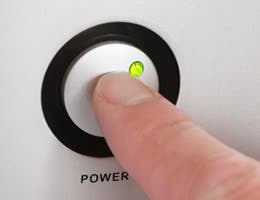 Put your computer to bed at night

Your computer is another power gulper, even when you’re taking a coffee break. A desktop computer consumes almost $74 per year in electricity when on and idle, Kielich says. A notebook computer uses almost $44 per year if it’s on and charging and almost $30 per year if it’s completely charged but still on.

For even more savings, turn your computer off using a power strip if necessary. In the off mode, your notebook consumes almost $9 per year in electricity and a desktop computer takes dainty sips of electricity — just $3 per year, Kielich says.

If you’re likely to forget to turn it off, program your computer so that it shuts down 15 minutes after you stop using it to conserve on standby power, Burt says. 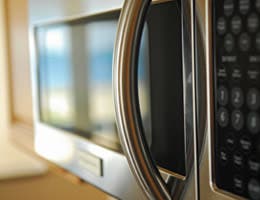 Kitchen appliances can be a power drain

When your kids are in a rush and leave the microwave door open, it will cost you. A microwave not in use with the door closed costs about $3 per year. Leave the door open and the cost goes up to almost $26 per year, Kielich says. Your idle coffee maker is a comparative bargain at $1.10 per year.

To save money overall, take a practical approach to appliances, Kielich says. Don’t keep unplugging something you use often because the cord can fray and pose a safety hazard.

“If you can, turn off the device,” she says. “If you’re not using it except on weekends, turn it off or unplug it during the week.

“If you go around your house, you’ll realize there are quite a few things plugged in that you’re not using. If you want to help yourself out and save money, just unplug them,” Kielich says. 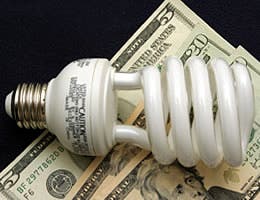