Cut out the takeout and reap the rewards 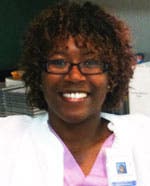 It’s tough to keep your kids on a healthy diet, especially when they pile in the car after soccer practice and whine that they’re hungry. It’s so easy to head to the nearest drive-through. But this month’s Frugal Sense winner says a balanced budget and balanced nutrition are a perfect match. Her kids now pack their own post-practice snacks. And this summer they’ll be packing for a family vacation — funded by the savings from skipping fast food.

Stephanie Faulkner won $100 for submitting the following tip:
Dual-purpose savings
“We are a family of five with three kids — 10, 8 and 6 — so eating out got very costly for our budget. We decided to eliminate all fast food, and eat the groceries that we have on hand, no matter what. The kids know to pack snacks for the car for those instances when “We’re hungry” arises. As a reward, we keep a tally of all the money we are saving, and plan to put 10 percent into a savings account and use the rest for a family vacation.” — Stephanie Faulkner of Stockbridge, Ga.Read more tipsSubmit your tip

Bankrate.com: Do you still go out to eat?

Stephanie Faulkner: We do once a month. We go to Golden Corral and do the buffet kind of thing. The kids get to have all of the stuff they’ve been wanting for the month. My kids are very active. So every time they get in the car they’re saying, “We’re hungry. We’re hungry.” That’s how the idea originated for us. And the kids are starting to get into the concept of money and saving. And so they fell on board with it. They can see the money growing. Now, before we get in the car, they bring snacks and water bottles — they keep them in the refrigerator to stay cold. Now they don’t even ask for snacks.

Bankrate.com: How long has your family been doing this?

Stephanie Faulkner: Probably about 10 months. It’s a new thing that has worked out for us.

Bankrate.com: Was it tough to stick to at first?

Stephanie Faulkner: It was. … The kids are eating really healthy food now. That helps, especially because they’re playing sports and they’re active. As time has gone along, they rarely ask to stop at all. They look forward to going out to eat once a month and indulging. It’s not an everyday occurrence. It’s something special.

Bankrate.com: What sports do your children play?

Stephanie Faulkner: Soccer, swimming and football. They’re running around all day long, so it’s important that when they’re finished they have something ready to eat. I’ve always been kind of cheap and been coming up with these little things that have worked out. The kids are pretty well-trained now. They don’t ask to buy too much. If they see something, they see if it has a sale sticker on it.

Bankrate.com: Anything else you do to be frugal or save money?

Stephanie Faulkner: I’ve always been thrifty. It’s just a way of life. I don’t know anything different. This is what I’ve always done. Food is the biggest place where people lose a lot of money. Eating out is such a convenience. But I’ve just found that it is cheaper to cook. You can get a substantial amount of groceries and make lunches and then you have leftovers. It goes much further than a meal at a restaurant.