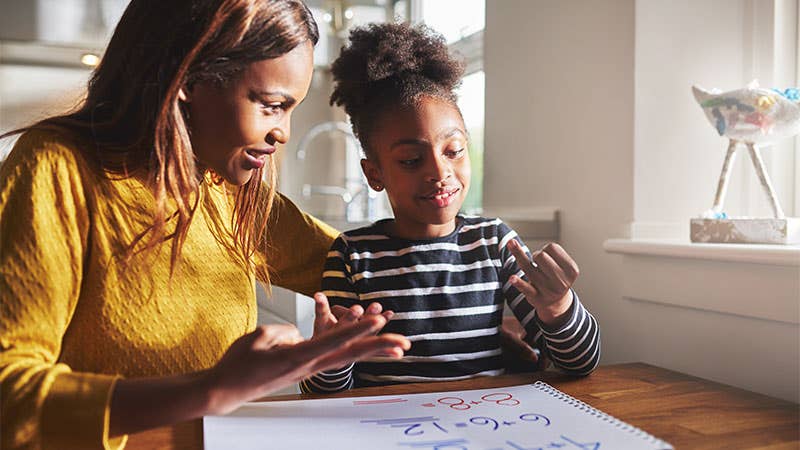 Home schooling may not be as expensive as private school, but it’s not free either. Costs can quickly mount when you make sure that your children have state-of-the-art resources to ensure that they can compete academically with their more formally schooled peers.

While some parents insist that they are spending much less by educating their children at home, an educator who has studied home schooling says the actual costs could be surprising. Clive Belfield, professor of economics at Queens College, City University of New York, estimates that the cost for parents who keep a careful accounting is about $2,500 for a family’s first child and slightly less for the next one or two home-schooled kids.

Belfield’s cost-assessment includes up-to-date textbooks and a library of other learning materials, computing equipment, ergonomically designed furniture, additional light, heat and air conditioning, as well as tutors for subjects such as higher-level science and math that parents are least likely to be able to teach.

“The public school system spends on average $8,000 per child, of which around $2,500 is spent on materials and physical resources. Home schoolers may spend a little less than that, but by my calculations, not much less,” Belfield says.

The cost of home schooling goes much higher, Belfield calculates, if you factor in the cost of having a parent dedicated to teaching children at home rather than taking an outside job. His 2001 research shows that the average home schooling parent is a woman with a college degree. If she worked outside the home, her average income would be $38,000 a year, not including health benefits.

“That is what the family is giving up,” Belfield says.

He also points out that families with more than three children almost universally give up on home schooling and opt instead for public schools. “This suggests that the monitoring and supervisory costs of home schooling are not that low,” he says.

Other experts pooh-pooh the notion that home schooling is that expensive.

Tim Drake, a former public school teacher and a staff writer with the National Catholic Register, points to the experience of his local Minnesota home-schooling group, Home Educated Youth. These 220 families spend between $300 and $1,000 per family each year, according to a survey of the group.

“It varies depending on the size of the family, the amount of used materials that can be purchased or obtained at curriculum swaps, and how much of the materials can be reused with successive children,” Drake says.

Drake and his wife home school the three oldest of their five children, an 8-year-old son and twin 5-year-old daughters. Last year they spent $350, most of it on books and course packages available through vendors of home-schooling curricula. They rely heavily on the public library for supplementary materials.

“We find creative ways to home school on a shoestring. We take advantage of many local opportunities to see matinee performances of plays, concerts, ballets and other cultural events (at a cost of $5 per child), and use a nature center for science education ($2 per child),” Drake says. “I also barter my own skills (writing and editing) with a piano teacher who has been teaching our 8-year-old son piano.”

Rewards worth the costs

Home schooling makes it possible for Jennifer Lawler, a martial arts expert and single mother of a developmentally delayed 7-year-old daughter, to maintain her nationwide consulting business while feeling confident that her daughter is getting a good education.

Lawler employs a full-time companion to travel with her and her daughter and help oversee daily lessons and therapy. She also hires a college student to offer additional help when the family is at home.

A speech therapist comes twice a week to work with Lawler’s daughter. The $70 per hour charge is partially covered by insurance. It would be fully paid for if her daughter were enrolled in public school, but Lawler is unenthusiastic about public schooling in the small Kansas town in which she lives: “They’re just not equipped to teach my daughter.”

And she’s unwilling to consider a special boarding school in another state. “That alternative is just too expensive, plus we don’t want her to leave home,” Lawler says.

Other parents have figured out ways to dip into public money to relieve some if not all of the home schooling cost burden.

In fewer than 10 states, laws permit virtual charter schools that allow students to be taught at home using resources provided by the public school system. A number of companies have sprung up to facilitate these kinds of arrangements: K12 and Connections Academy are two of the largest.

In California, Kris Bordessa relies on Horizon Instructional Services, a local virtual charter school, to provide instructional materials so she can teach her two sons, ages 9 and 11. Bordessa receives a $1,000 stipend annually to purchase materials and pay for lessons — her sons are studying piano and rock climbing.

She is also eligible for a loaner computer and Internet access, but Bordessa prefers to use her own computer equipment. The remainder of the $6,000 Horizon receives from the school district pays for books and teachers who assist Bordessa in structuring the curriculum. And it covers other administrative and educational expenses like testing.

Bordessa estimates that she spends an additional $1,000 to $2,000 each year to augment the charter school resources. That money goes for convenience and commuting costs. The Bordessas live in a remote location so having a home library is important, and getting the kids to lessons and get-togethers with other students eats up gas money.

The most-expensive time in a home schooling parent’s life is when the children reach high school.

Christopher Klicka, senior attorney with the Home School Legal Association, home schools his seven children, including two daughters (ages 14 and 16), who are following a rigorous college-prep course. This semester, they are taking English literature from a teacher who charges each of them $300 for the course. They recently completed an advanced-placement (AP) American history class, which was taught by a teacher certified by the College Board, which administers the AP program. That cost Klicka $400 per daughter.

He’s recouping some of the expense by teaching a class in world history himself to his own daughters, plus five other children, through the local home-schooling association in northern Virginia. He’s charging a bargain rate: $200 per child.

If you’re thinking about home schooling, enthusiasts say there are ways to reduce costs and get an educational bang for your buck.

Get involved with a local home-schooling association. Fellow members will help you learn all about available resources, including books swaps, which can cut textbook costs enormously.

Check out the National Home Education Network for links to all kinds of home schooling resources.

But don’t look for federal tax help in defraying the cost of teaching your children at home, at least not yet. Bills have been introduced periodically to clarify the tax-break standing of home schools, but so far none has made it into law. Currently, home-schooling costs cannot be claimed under the educator’s deduction. Home-schooling costs, says the IRS, “are nondeductible personal, living, or family expenses.”

And although money from a Coverdell Education Savings Account can be used to pay for more than just higher-education costs, tax experts say that home instruction doesn’t meet IRS school eligibility standards: “Any public, private, or religious school that provides elementary or secondary education (kindergarten through grade 12), as determined under state law.”

Klicka is deeply involved in lobbying for federal legislation favorable to home schoolers and he’s hopeful that legislation will pass in the next session, making Coverdell money more accessible for home schooling expenses.

“We expect the law to be expanded to specifically include home schoolers,” Klicka says.