Be frugal, even at clearance sale 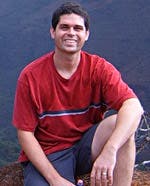 You should always be a frugal shopper, even at clearance sales, where items already have extreme discounts. Otherwise, big savings may get left on the shelf.

That’s the lesson from November’s Frugal $ense winner, Robert J. Ketterer of King George, Va. Ketterer says he saved hundreds of dollars on four pairs of pants because of a little ingenuity from his wife.

Robert J. Ketterer, of King George, Va., won $100 for submitting the following tip:
Don’t split on clothing sales
Don’t split just because the store doesn’t have your pants size. My wife and I recently went on a trip and found an outlet that was having an “80 percent off” sale. We scoured the clearance racks for dress pants that had my waist size but were anywhere from an inch to a few inches longer in length. We purchased four pairs of pants and then took them to a seamstress to have them altered. In the long run, we still came out way ahead because we were able to take advantage of a good opportunity and I now have four new pairs of pants.

P.S. We also paid for everything in cash, saving even more!
Read more tipsSubmit your tip

Bankrate: Did you have this idea in mind before you went to the outlet? Or did you come up with it when you started shopping?

Robert J. Ketterer: Ironically, it was more my wife that came up with the idea. We were visiting family — I guess it was the Thanksgiving holiday last year — and we decided to get out of the house for a little bit. We went down to the outlets. I guess they’re on the Outer Bank(s) (in North Carolina). We saw this shop and went in, and we were looking through the racks and everything was pretty much picked through. So I was just kind of hemming and hawing around with it. But my wife said, “Why don’t we get these and we can just take them in and have them hemmed up?” I said, “Well that’s not a bad idea.” So she was the one who actually came up with the idea.

Bankrate: Are the pants a well-known brand?

Bankrate: How much do you estimate that you saved?

Robert J. Ketterer: They were $85 pants. It was a going-out-of-business sale. So I guess I got the pants, all four pairs of them, for 68 bucks. They would have cost $340. So when we got back from our vacation we took them over to the dry cleaners by my house. We got them hemmed for $10 a piece. So we paid $108 total.

Bankrate: Do you and your wife keep an eye out for clothes sales?

Robert J. Ketterer: We keep an eye out for sales in general. She’s quite the coupon shopper. We have a 7-month-old so my wife’s always looking for coupons for formula. Every time I turn around there’s another coupon coming in the mail for formula. But we just kind of in general look around for good deals anywhere we go.

Bankrate: Have you always been frugal with your money?

Bankrate: What are some of the other things you do to save money or be frugal?

Robert J. Ketterer: We do a lot of couponing when we’re grocery shopping. I usually wait until the newspaper goes for sale at the grocery store. When they show up to get you to sign up to get a year subscription that usually comes with a gift card to the grocery store that you’re at. Here’s another thing. I am notorious for this. When I go to Lowe’s or Home Depot to get things for yard work — you know, to winterize and reseed the lawn — I look for broken bags of fertilizer because the broken bags are usually anywhere from 25 (percent), 50 percent off and there really isn’t much material that has gone out of the bag to begin with. This fall, I purchased 10 bags of (gardening) lime that were all about 50 percent off because they were broken bags.