The gang at work heads out for lunch every day. Your book club always meets at a high-end restaurant. Your college buddies want to spring for an expensive cruise. Your neighbor just bought a new car and suddenly your 4-year-old sedan looks like a clunker. And of course you need a smartphone and high-end plan to keep up with all these people.

“We live in a society where people are very prideful,” says Danny Kofke, author of “How to Survive (and Perhaps Thrive) on a Teacher’s Salary.”

“It’s difficult to be different. But that’s why people have gotten in financial trouble,” he says. “They want to be like someone else. Even though, behind closed doors, that someone might be up to their eyeballs in debt.”

Remember, real friends want the best for you. “In a real friendship relationship, pressure to spend as much money or spend it in the same way should not be an issue,” says Jan Yager, Ph.D., friendship coach and author of “When Friendship Hurts: How to Deal With Friends Who Betray, Abandon or Wound You.”

So you can say “no” and (probably) keep your friends. Here’s how. 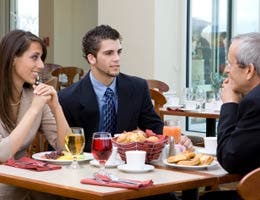 The gang from work goes out to lunch every day.

Why you want to go: It’s a great stress reliever and a way to bond with your co-workers. “Going out to lunch is fun and people like to do it,” Kofke says.

Tough choice: Giving it up completely may make you feel deprived.

Instead, try these ideas: Save lunch out for Fridays, Kofke says. That cuts your expenses by 80 percent and gives you something to look forward to. For a similar savings, go every day but tell the gang: “I’m going to bring a brown bag. I’d love to join you and just have a Coke,” he says. That second option requires discretion — don’t flaunt your brown bag at the restaurant. Or eat your sandwich at the office first and then go enjoy your soda with the gang. 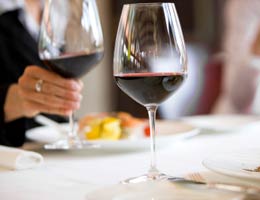 Your book club, your best friend, your kids’ sports team — everyone you know wants to make it a habit to eat at a pricey restaurant — and they can afford it.

Why you want to go: You’re building camaraderie.

Why going will make you broke: Sometimes even your share of a pizza is beyond the budget. And don’t even get started on people who don’t chip in their share.

Tough choice: You don’t want to be the party pooper by opting out.

Instead: “Tell your friends, ‘I know you make a lot of money and I’m happy for you,'” Kofke says. “‘I don’t make as much and I’m not going to be able to do these expensive things. How about once a month at my house?'” And make it a potluck. 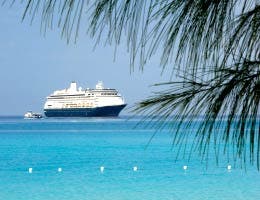 Your neighbor just booked an expensive cruise. Or your pals from college want to go in on a condo at a pricey resort.

Why you want to go: You deserve a break, too.

Why you can’t afford it: Your credit cards are already maxed out. Or you just paid them off and don’t want to go back into the red zone.

Instead: Suggest a more affordable option or location if you’re traveling with friends.

If you’re just envious of the neighbors’ plans, “get in touch with the positive feeling of going on a vacation but doing it in moderation,” Yager says. “Instead of mirroring that casual friend’s expensive choice, find a more affordable alternative. The goal is the same: achieving a family vacation. But you’ll get it without the financial hardship that might make it hard to enjoy the more expensive vacation.” 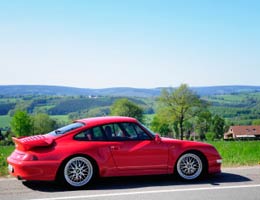 Your 4-year-old sedan was just fine until the neighbors drove home in a shiny red sports car, a gas-sipping hybrid or fancy SUV. Suddenly your car looks old and clunky.

Why you want a new car: For many of us, our image and our cars are inextricably linked.

Tough choice: Obviously, you don’t want to drive a car that’s unsafe. But is your car unsafe or just — in your mind — uncool?

Instead: Do the math. “It’s sobering to realize that if you buy a brand-new car, you lose almost $400 a month in depreciation for the first four years,” Kofke says. “That’s like every single week throwing a $100 bill out the window.” Instead of buying a new car, maintain the one you have and keep it clean, he says. 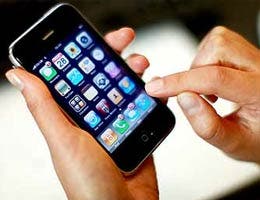 Your budget is tight. You’re not eating out. You’re living on ramen noodles at home. You’re racking up credit card debt. So what’s up with the bells-and-whistles cellphone with the pricy monthly plan?

“Ten years ago, people didn’t have this psychology of needing to be constantly connected,” Kofke says. “A lot of people claim they don’t have any money but they have high-dollar cellphones.”

Why you want it: You can get directions. You can find the nearest Chinese restaurant. You can let your friends know you’re running late. You don’t want to miss the latest text or tweet.

Why you can’t afford it: Remember, you have a tight budget, Ramen noodles on the menu and growing credit card debt.

Tough choice: You might need a phone in an emergency.

Instead: Try a pay-as-you-go cellphone. That’s what Kofke has. “We don’t feel we have to be constantly connected, but it’s available. If people know who you are and have your home phone number, they’ll get in touch if they need to.” 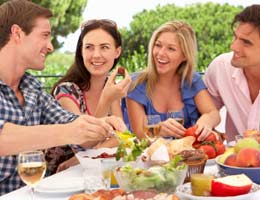 True friends don’t expect you to abandon your values and spend a lot of money frivolously. “Friends care and understand about their friends’ financial challenges — whether they suddenly find themselves with a big bonus from work or out of a job and having to make spending cuts,” says Yager.

Learning to say the words “We can’t afford it” without wincing or shame is a start, Yager says. “But the other statement that should follow is just as important: ‘But we can afford X, Y or Z.'”

“In sociology we call it the reference group theory,” Yager says. “People judge themselves by the group they are a part of. So if a group is making someone feel less-than-successful because they do not have the financial ability to keep up with that friend, then re-evaluate if that is the right group to be in.” 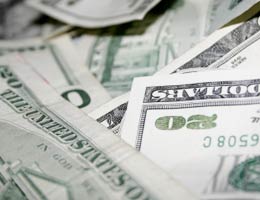 Who cares about what other people think? If you think independently, you’ll have the rich satisfaction of knowing your finances are in good shape. Check out these Bankrate stories on maintaining a frugal lifestyle.