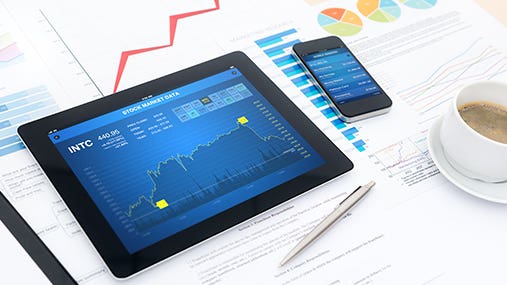 One of the most frequently cited admonitions to individual investors is, “Don’t try to time financial markets.”

To time the market means trying to buy assets in it near the end of a slump and to sell them near the end of a rally, rather than just buying and holding. This strategy enables investors to buy low and sell high, as well as preserve their capital. The problem: It’s tough to know which direction the market is headed.

Still, many investment experts say market timing is a useful tool. “The investment environment since 2000 has seen dramatic ups and downs, which certainly has created the argument that market timing or more aggressive asset allocation should be incorporated into investors’ portfolios,” says Michael Sheldon, chief market strategist at RDM Financial Group in Westport, Conn.

Chris Litchfield, a former hedge fund manager and now a private investor in Greenwich, Conn., puts it in even stronger terms. “People say (market timing) isn’t for individuals, but being fully invested is insanity,” he says. “We’re in a period after a secular bull market for stocks where they go nowhere for about 20 years. Blindly buying and holding is a disaster.”

But keep in mind that market timing isn’t an easy endeavor. “The problem is you have to be able to get in and out at the right time,” Sheldon says. “Not many investors are able to do that successfully over a long period of time.”

To many investors, market timing means tweaking your portfolio allocations a bit, increasing exposure to an asset that has fallen in price and decreasing one that has risen.

“When we believe risk is rising, we slowly take money off the table,” says Tim Ghriskey, chief investment officer at Solaris Asset Management in Bedford Hills, N.Y. “We don’t day trade the entire portfolio, but we move in the direction of raising cash when we think the risk is rising.”

Dick Dickson, senior market strategist at Lowry Research in Palm Beach Gardens, Fla., sees it differently. He advocates going all in to a market or all out. That’s how you avoid big moves lower and catch big moves higher, he says.

If you’re going to try market timing, how do you go about doing it? A simple and more subtle way than going all in or out is to rebalance your portfolio after major market moves, similar to what Ghriskey describes.

Mick Heyman, an independent financial adviser in San Diego, recommends staying close to whatever asset allocation you have set for your portfolio. “If you decide on a portfolio of 60 percent stocks, stay between 50 (percent) and 70 percent. Sometimes people go to 75 percent or more, and I don’t think that’s wise.”

At this point, with bond yields so low and stock dividends so high, Heyman would be reluctant to lighten up on stocks. But if stocks — particularly dividend stocks — gain another 10 percent to 20 percent and interest rates rise significantly, that would be an argument to shift to bonds, he says.

As you can see, sticking with your asset allocation naturally makes you a market timer, as you rebalance your portfolio when markets move far enough in one direction to push your weightings out of whack. Rebalancing forces investors to sell assets that have appreciated and buy those that are undervalued, following the buy-low, sell-high strategy.

Another way to engage in market timing is to invest in asset allocation mutual funds. Fund managers running these funds can switch among markets as they please and thus can employ their own market-timing strategies. In addition, some funds go long and short stocks, employing a hedging strategy. When a fund goes long, it purchases stocks with the expectation they will appreciate. Conversely, when it shorts stocks, the fund attempts to profit from declines in stock prices.

Whatever you choose, “The bottom line is that you don’t want to put all your eggs in one basket,” says Sheldon.

Another market-timing strategy employs the use of technical analysis — using market charts and statistics to decide whether to buy or sell. This is Lowry Research’s specialty.

While technicians use numerous techniques to identify market trends, Dickson says one simple indicator investors can use is advance/decline lines — the number of advancing stocks in a day minus the number of decliners. When the market is rising but that difference stops making new highs, “that’s a dangerous sign for the long term,” Dickson says.

“In every bull market top since 1929, there have been only three times when there hasn’t been that divergence” between the market’s direction and the advance/decline line.

Litchfield uses the “Lowry down day” indicator, which portends the end of a bear market — a sustained period of time during which the stock market declines 20 percent or more and pessimism is all-pervasive. If there is a day that 90 percent of stocks fall, and 90 percent of trading volume occurs when stock prices are falling (a Lowry down day), that’s a sign that the bear market may be ending, he says.

Usually the down day will be accompanied by an intraday reversal (upward move) for the market. Litchfield also would want to see the market rise within a few days afterward and then again four to seven days later. He finds the strategy effective about 75 percent of the time.

In general, though, Litchfield thinks it’s easier to time market tops than bottoms. Sharp drops often come one after another like a cascading waterfall, he says. “Bottoms are made on the emotions of crowds, while tops are more of a process.”