Identity theft insurance: How does it work and will it save your good name? 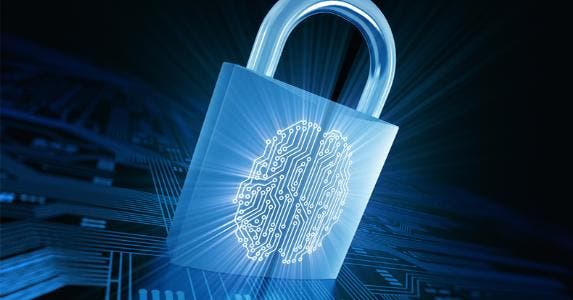 Insurance companies say they have a way to help you deal with your fears of identity theft.

And face it: ID fraud is a scourge that should be feared. Some 12.7 million adults in the United States fell victim in 2014, according to a recent report from Javelin Strategy & Research.

If you think your identity has been compromised, check your credit report for unusual activity. Get your report for free at myBankrate.

But what about identity theft insurance? It’s offered as a way to help ease consumers’ anxiety about identity fraud. However, it’s a frequently misunderstood product.

The term “insurance” may lead some consumers to believe identity theft policies will reimburse them for any funds that are stolen as a result of identity fraud, similar to the way other types of insurance make you whole after a loss.

But while ID theft policies are in fact insurance products, they often don’t conform to what consumers traditionally think of as insurance, says Michael Barnett, the former executive director of the Identity Theft Protection Association. In his opinion, ID theft policies are more like “expense reimbursement programs” than insurance.

Denis Kelly, CEO of IDCuffs.com, says it’s different from auto insurance, which would cover damage to your car and your injuries in a car crash.

“Identity theft insurance doesn’t pay for the costs to fix your identity or the injuries you suffered as a result of being victimized,” Kelly says. “Rather, it pays the equivalent of the cost to have your car towed and possibly the shipping costs of a new bumper.”

Identity theft insurance may cover expenses such as phone bills, lost wages, notary and certified mailing costs, and even attorney fees, according to Michael Barry, a spokesman for the Insurance Information Institute.

Where can you get ID theft insurance?

In most cases, your home insurance or renters insurance will cover theft of cash up to $200 or credit cards up to $50, and often those policies now include coverage for identity theft as well, Barry says. If identity theft insurance isn’t included with your homeowners policy, it might be added for about $25 to $50 per year.

Identity theft insurance will reimburse a policyholder for expenses incurred to restore his or her identity, up to the limits stated in the policy. Coverage limits can range from $10,000 to $1 million, says Barnett, the ex-leader of the Identity Theft Protection Association.

While such high limits may sound generous, it pays to scrutinize the coverage terms. “Informed consumers must … carefully read the fine print to understand the terms, conditions and exclusions,” he says.

Other options for ID theft protection

Aside from identity theft insurance policies, consumers have other options for protecting themselves against ID fraud, such as credit monitoring services. However, these services may not detect certain forms of ID theft.

Most credit monitoring services will not alert you to several types of activity that could be related to identity theft, Barnett says, such as someone obtaining a driver’s license, birth certificate, Social Security card, or other such documents or identification in your name.

Another way to protect yourself from identity theft is to obtain and review your credit reports. The federal Fair and Accurate Credit Transactions Act allows you to receive a free copy of your credit report from each of the national credit reporting agencies once a year. You may also want to consider a credit freeze to keep ID thieves from accessing your accounts or opening new ones in your name.

“Consumers have many risk-management resources available to them, both free and fee-based,” Barnett says. “Many consumers fall victim to identity crimes through absolutely no fault of their own, but it is critical that you remain vigilant and take care to safeguard your personal information at all times.”