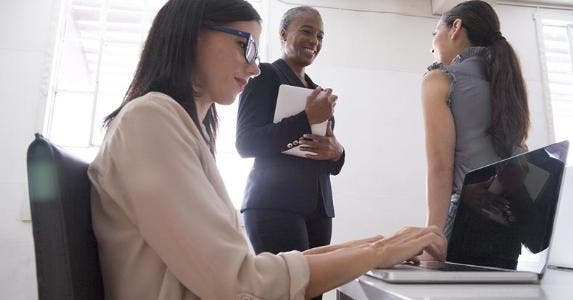 Back in 2009, a study found that people who received phishing emails fell for the scam about half of the time. But that doesn’t mean it’s easy to get an accurate reading on the overall number of Internet crime victims. Not everyone who is conned on the Internet reports it.

The Internet Crime Complaint Center says it received its 3 millionth complaint in 2014. Complaints lodged with the organization number about 300,000 per year. Internet crime in general ratcheted up in the late 1990s and early 2000s, when Nigerian scams (also known as 419 scams) started landing in John Q. Public’s inboxes. Although these early forays met with a lot of initial success, Internet users have grown savvier and don’t fall as often for transparent confidence schemes like these.

But there are always exceptions. And Brad Klontz, professor and co-founder of the Financial Psychology Institute, says that being a nice person can cost you.

“Trusting, caring, generous individuals tend to be more vulnerable to scams. Individuals with limited experience are also more vulnerable. This could entail a general naiveté regarding the darker side of humanity, or a lack of technical competence,” says Klontz, co-author of “Mind Over Money.”

Protect your identity with tools from myBankrate.

Basically, the more faith a person has in his fellow man, the more vulnerable he or she is to being scammed, so being somewhat cynical does have its rewards. But the naïve aren’t the only ones successfully targeted by thieves. Klontz says changing technology often leaves some behind — particularly the elderly, who are less likely to be up-to-date on changes in the cyber world. “As such, older adults can be more vulnerable to scams that involve newer technology,” says Klontz.

Others may also find themselves at risk. Klontz says categories of scam victims often include:

“Higher levels of stress make it more challenging to evaluate the legitimacy of a request for action,” he says. “I like to say that when we are emotionally charged, we are rationally challenged.”

Klontz says that as a result, we’re more vulnerable when we’re going through life-changing events, such as divorce or the death of a loved one. And since scammers also know that low points are an open door for them, they target these individuals.

That said, Klontz reminds us that anyone can be a victim at any time. Being tech-savvy and careful isn’t enough to scam-proof yourself. “We can all fall victim,” he says, especially to scams that look like simple requests from companies with which we regularly do business (such as a recent con asking potential victims to update their email information).

The best defense against victimhood is to be suspicious of everything and everyone. It doesn’t mean you won’t get scammed, but at least you’ll be harder to victimize.

Are you easy prey for online scams? Take this quiz

Find out if you're too trusting or if your guard is up high enough to deflect online scams.