Cashing in on the re-commerce trend

Twenty years ago, decluttering your house meant breaking out the garbage bags. Today, it means breaking out the calculator. That outdated phone and those ski boots you’ve never worn are virtually cash in the hand — or your passport to a better model.

For savvy consumers, trading-in is the new buying, according to the marketing consulting firm TrendWatching.com. You can get trade-in value from almost anything, from electronics to handbags. The phenomenon is called “re-commerce” and it’s not going away anytime soon.

“Consumers embrace re-commerce for a variety of reasons,” says Karin Lui, premium content director at TrendWatching.com. “For consumers under financial constraints, trading-in for cash is savvy. For others, it’s about having the next, latest or best model. And still for others it’s about being environmentally responsible.”

Whatever your motivations for flipping your pre-loved possessions, here are five categories of goods you’ll find easy to monetize. 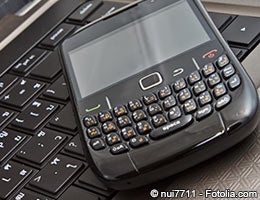 Dying for the latest smartphone, but think you can’t afford it? Sell your current phone. In fact, sell any old cellphones you have lying around. And don’t stop there.

Electronic trade-in sites will take anything from old computers to iPads off your hands and put cash or new products in your pocket within days.

“Electronics trade-in sites maximize ease and convenience,” says Jeremy Cohen, CEO of ExchangeMyPhone, a site that offers cash for used cellphones. “You should save a lot of time and confusion by using a trade-in service, even if it means taking a bit less money than selling the product yourself.”

When searching for a good trade-in site, Cohen says to look for those that give “a clear price offer, free data deletion for all devices and free product shipping.”

And when’s the best time to sell? “Prices fall significantly when a new version of a product is announced, then even more drastically when it’s released,” says Rohin Dhar, co-founder of Priceonomics.com, an online price guide for thousands of secondhand products. “Definitely try to sell it before the (new) product comes out on the market.” 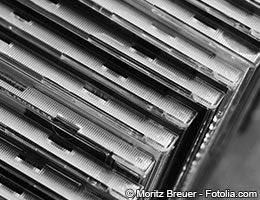 If digital downloading has rendered your CD collection obsolete or you have shelves of dust-covered DVDs and video games, it’s time to cash in on these space-wasters. Trade-in sites, such as SecondSpin.com, SwapADVD.com or GameStop.com, would be happy to take them off your hands.

While each program works differently (and with varying levels of complexity), basically you trade your CDs, DVDs and games for either cash or credit toward new ones. Certain sites, such as iPodMeister. com, even offer brand-new iPads or other digital devices in exchange for a certain number of CDs or DVDs.

John Zukowski, a technology writer in Boston, is a fan of using trade-in sites to get rid of old CDs. A few years back, he traded 165 CDs for a new iPod. Although he might have scored more money finding his own buyers, he says, “I liked the immediacy of getting the iPod versus having to wait until enough (discs) sold to get the unit.”

But be sure you’re realistic about the price you’ll receive for your items, he warns. Use the price calculators that appear on most sites, so you’ll understand exactly how much to expect. 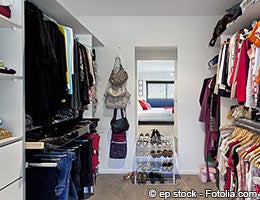 Want to pop some tags, but don’t have $20 in your pocket? Swapping clothes may be the answer for you. For more than a decade, this has been a growing trend, with private swap parties, large professionally hosted swaps and online clothes-swap sites.

“(Swapping clothes) really started to get popular after the dot-com bubble burst as a way to save money and be environmentally friendly,” says Melissa Massello, co-founder of Swapaholics, a business that has organized more than 75 live swaps in almost every major U.S. city since 2009.

In a live swap, participants bring gently used clothes, shoes and accessories to trade for items brought by other participants. Some professionally hosted swaps only allow one-to-one trades; others, such as Clothing Swap, permit participants to snag unlimited finds.

“It’s like a big treasure hunt,” says Suzanne Agasi, Clothing Swap’s founder. She says the key to a successful swap is when every participant does a “deep clean” of their closets, bringing in everything that doesn’t fit right, match your lifestyle or age, or make you feel fantastic. “The more great items to choose from, the happier the swapping experience.”

If you can’t find a live swap in your area, swap online at sites such as SwapStyle.com or DigNSwap.com. 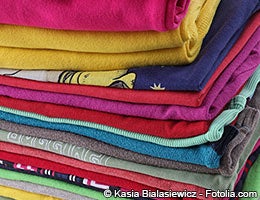 As every parent knows, kids often outgrow their clothes or gear before they’ve made full use of them — sometimes even before the tags can be removed. This waste can now be minimized by trading your kids’ gently used clothes, gear and toys with other parents through such websites as FlipSize.com and thredUP.com.

“Adults need to get out of the mindset of thinking things need to be new to be good,” says Jennifer Azzariti, a Long Island, N.Y., mother who says she’s saved hundreds of dollars by swapping her kids’ clothes through thredUP.com.

While some swapping sites provide a means of trading directly with other parents, thredUP.com offers a different approach: You receive a large postage-paid bag to be filled with freshly laundered, used kids’ clothes, then you send the bag back to thredUP.com, where the company reviews the clothes to ensure quality. For each piece accepted into their online store, you receive cash back. FlipSize.com has a similar model, although instead of receiving cash, you get Flip Points with which you can buy other clothes in their store.

“Just make sure you read the site’s requirements for what kind of clothes they accept,” Azzariti warns. If clothes aren’t in top condition, they’ll be donated to charity, and you won’t receive credit. 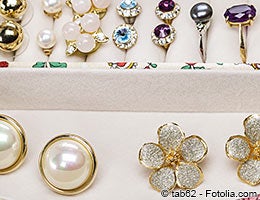 Raiding your jewelry box for former treasures is a time-honored method of raising cash. Today, certain websites not only make it easier for you to sell your jewelry, but they make exchanges with others wanting to update their look — or shuck evidence of painful memories.

At ExBoyfriendJewelry.com, for example, women and men can put up all types of jewelry from their exes for sale or trade. “You simply pay a one-time posting fee for an item, list the basics, including a picture, and tell us the story behind the piece,” says Megahn Perry, the site’s co-founder. Users can then contact each other through the site to negotiate a sale or trade.

Although you can’t make direct trades with other users at IDoNowIDont.com, a website specializing in the sale of pre-loved diamond rings, the site’s owner, Josh Opperman, says that he has seen many customers sell their rings through the site only to use that money to finance the purchase of a better-quality ring from the site. In fact, Opperman recently did it himself.

“I always promised my wife I’d eventually buy her the ring of her dreams,” Opperman writes via email. “The idea of re-commerce was the way to make her dreams come true.”

Create a news alert for "frugal"