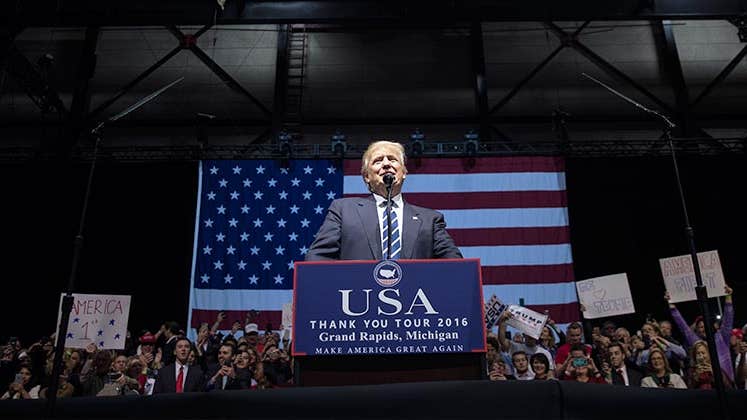 The history is split on whether investors will come away from this presidential campaign year with gains.

According to Bloomberg data, the Dow Jones industrial average, or DJIA, rises an average of about 13 percent when the race for the White House does not include an incumbent president up for re-election.

But the Standard & Poor’s 500 index tends to decline under this same campaign-year scenario.

In this final year for President Barack Obama, the Dow skidded its way through the first quarter, rallied to new highs during the summer and set record highs again post-election. More recently, the Dow has been in a steady climb, topping 20,000 in December for the first time ever.

About 26 percent of Americans said they were being more cautious with their money as a result of “the events surrounding the 2016 presidential campaign,” according to a Bankrate Money Pulse Survey taken earlier this year.