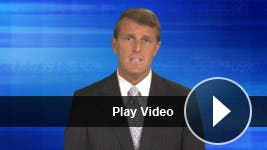 Just as the Congressional budgetary debate is destined to become a national spectacle, some individuals are struggling with their own spending dilemmas. Though 60 percent of Americans claim to track their spending against a budget, 38 percent admit that they don’t bother, according to Bankrate’s July Financial Security Index.

That number is basically unchanged from last year, when 58 percent of survey respondents said they keep a budget.

“A budget is a basic building block of financial success. Without it, not only do you not know where your money is going, but you miss the warning signs that something is amiss,” says Gail Cunningham, vice president of membership and public relations for the National Foundation for Credit Counseling.

A good budget will allocate funds to necessary categories such as housing, entertainment, transportation and — importantly — savings. It’s the best way to begin taking control of your finances for good.

That’s something that is sorely needed, given that last month’s Financial Security Index revealed that 28 percent of Americans have no money saved for emergencies.

There are various prescriptive ways of achieving budgetary goals, including plenty of apps to help you track your spending. But the old-fashioned envelope system works just as well: You put money in separate envelopes for different purposes and stop spending in a particular category when the envelope is empty.

The easiest way to start a budget is by tracking spending for at least a month.

“At the end of (30 days), examine where your money went, move it around to reflect how you want to spend it, then track for another 30 days. This becomes your budget,” Cunningham says.

For instance, if you’d prefer to funnel more money into savings rather than spending it at the grocery store, pick an amount that seems doable and work to achieve that spending goal at the market. Have the difference automatically transferred to savings when your paycheck hits the bank.

Cunningham also recommends that consumers cut back on categories they feel they’re spending too much on, rather than cutting out altogether.

“Anyone can put together the numbers of a beautiful budget. Living it out is another matter,” she says.

While it may be a worthwhile goal to decrease the number of dinners eaten at restaurants, if you start feeling deprived, the whole budgeting endeavor could collapse. It’s not a moral compass or any kind of judgment on how you should spend your money. A budget is simply a plan for keeping track of spending and it should realistically reflect your lifestyle.

Why don’t we budget?

Logically, budgeting should be a piece of cake. But money issues tend to be fraught with emotion.

Just as some Americans tend to be in deep denial about weight, they can be equally as repressed about money and spending.

“They don’t want to know the reality of it. It’s the definition of denial,” says Eddie Reece, an Atlanta-based psychotherapist who works with clients on financial issues.

“If you want to make a significant change, all you have to do is get an honest accounting. Track every penny for three to six months,” he says.

After expenses are labeled, categorized and subcategorized, be warned you may feel even worse about your financial situation.

“Feeling bad becomes the motivation for change; you have to hurt enough to change. The key to everything is raising your level of awareness,” Reece says.

Every time you spend money, it should be a conscious choice. “Then, all of a sudden you’re feeling empowered, and then your choice is $7 at Starbucks or $7 toward debt,” says Reece.

As with any good habit, it can take some time to adjust to the new way of life. But there is an easy way to be thrust into the budgeting mindset: Have a child. In the survey, parents were much more likely than nonparents to say they do track their spending against a budget — 70 percent versus 57 percent.

Sticking close to a budget will actually get easier over time as well. Every penny may not need to be accounted for every month, as budgeters acclimate to guidelines and being mindful of spending.

For instance, one habit maintained by many financially successful people is always tracking every purchase over a certain dollar amount.

“(Millionaires) are not writing down $4 for every cup of coffee, but they keep a log of everything they spend over a certain amount,” says Steve Siebold, author of the book “How Rich People Think.”

Another financial trait common among the rich is the ability to separate money and emotions, says Siebold.

“The rich think about money logically. Their self-worth is not wrapped up in their net worth,” he says.

If fear, shame and anxiety keep you from budgeting, imagine the sense of calm that would come from knowing your finances are under control.

Start down that path by tracking your spending. It could totally change your relationship with money.