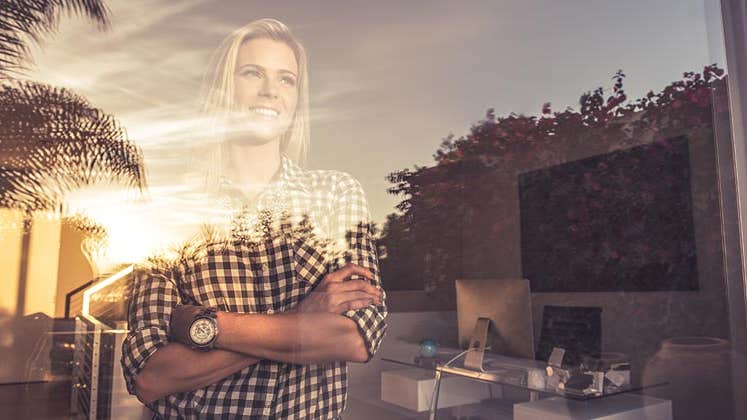 The FSI, which takes into account Americans’ answers to questions about savings, job security, debt and other factors stands at 103, up from 101.5 in January.

Unemployment is at an 8-year low of 4.9% and average hourly and weekly earnings saw an uptick in the latest unemployment report, but despite that, the data also show that Americans aren’t increasing their savings.

“The reading now is the same as in 2011 when the question was first asked, reflecting zero progress over that time,” McBride says.

The percentage of Americans with no credit card debt — but no savings either — jumped from 13% last year to 21% in 2016.

On a brighter note, the survey also asked Americans about credit card debt and found that only 22% have more credit card debt than emergency savings. That’s down from 24% last year and is the lowest in the 6 years the question has been asked.

“Despite Americans’ lack of progress on emergency savings, they’re upbeat on other aspects of financial security,” McBride says.

While there was little difference between men and women when it came to savings and credit card debt, there was a notable variance when looking at age group and income levels.

Not surprisingly, millennials, or those adults under age 30, were more likely than the generations before them to set aside money in an emergency account, which McBride calls a “testament to both the savings discipline and aversion to credit cards characteristics of millennials.”

Millennials grew up during a period of plunging stocks, record unemployment and foreclosures, which taught them to prepare for the worst and be wary of debt.

The only group that is doing better with debt is senior citizens, or those 65 and older, who were least likely to have more in credit card debt than emergency savings.

Millennials are doing a good job of saving more, but that can’t be said of some of the other generations before them. The survey found that those between the ages of 30 and 49 were the most likely to carry more credit card debt than emergency savings. People age 50 to 64 were a close 2nd.

“Americans age 30 to 49 are the epitome of tight household budgets. Those are the years of mortgage payments, car payments, kids, braces, the whole enchilada,” McBride says. “Those age 50 to 64 are most prone to long-term unemployment that can deplete years’ worth of savings and result in accumulating debt.”

The survey also revealed that those with household incomes of $75,000 or more are twice as likely as households with income of less than $30,000 to have emergency savings that is larger than their credit card debt. But even though low wage earners aren’t saving any money, they also aren’t taking on debt.

Lower-income households more likely to have no credit card debt

“Even though comfort level with savings has consistently deteriorated on a year-over-year basis, the reading was slightly better than January,” McBride says.

The Financial Security Index is based on a national telephone survey made in English and Spanish by Princeton Survey Research Associates International. The survey was conducted Feb. 4-7, 2016, with 1,002 adults living in the continental U.S. The survey has a margin of error of plus or minus 3.6 percentage points.

Note: Percentages may not total 100% due to rounding.