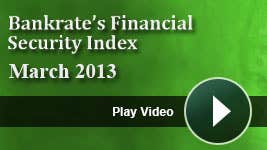 Despite fears that the payroll tax cut expiration would slow down the mighty consumer, most working Americans say they didn’t notice an extra 2 percent coming out of their paychecks at the beginning of January, according to Bankrate’s March 2013 Financial Security Index.

Though 55 percent of Americans were unaware of, or unaffected by, the 2 percent hit to their paycheck, the survey found 30 percent say they did cut back on their spending as a result of the tax cut expiring.

Additionally, 8 percent of Americans said they put less money into savings as a result of the payroll tax while 3 percent said they scaled back their retirement contributions.

The 2 percent payroll tax cut originally began in 2011 as a result of the Tax Relief, Unemployment Insurance Reauthorization and Job Creation Act of 2010. It reduced Social Security tax withholding from 6.2 percent to 4.2 percent of wages paid, the Internal Revenue Service reports. Now that the economy is back on track, everyone can pony up the extra 2 percent, or so the thinking seems to be.

Ahead of the expiration date Jan. 1, retailers catering to low- and middle-income households, such as Wal-Mart, expressed concerns as to whether their customers would be able to spend with the same abandon going into 2013. Consumer spending looked a bit grim after November’s election, so the fear of even less spending by households was not entirely unfounded. The good news for the economy is that consumers have answered those concerns by pulling out their wallets — even the lowest-earning households.

In fact, lower-income earners in Bankrate’s survey were most likely to say that they did not notice the change in the payroll tax, at 59 percent for households with an income less than $30,000.

Middle-income households, those with incomes between $50,000 and $75,000 were most likely to say that they cut back on spending. Only 39 percent of this income section identified as not noticing the change.

“Low-income earners typically have to live on a tight budget,” says Xavier Epps, financial adviser and CEO of XNE Financial Advising in Woodbridge, Va. If their income drops slightly, it might not be “as noticeable compared to someone with a higher income that sees a bigger change in the net paycheck,” he says.

More than a quarter of workers labor in low-paying jobs, according to a 2012 study by the National Employment Law Project. The study found that more than 1 in 4 workers earned less than $10 per hour in 2011. Many of those jobs are in the food service industry or retail services where hours worked — and pay — could fluctuate weekly. The varying paychecks could make noticing a change from week to week more difficult as well.

One reason few have curtailed spending as a result of the tax cut could be from a sense of euphoria creeping back into the economy, says Howard Dvorkin, CPA and founder of Consolidated Credit Counseling Services Inc. Those feelings of well-being are due in part to the recent stock market highs and continued job growth the nation is experiencing.

With 30 percent of Americans reporting that they have curtailed spending, the overall economic impact could be significant — after all, consumer spending makes up nearly 75 percent of the gross domestic product, or GDP.

If nearly a third of Americans have cut back spending by 2 percent, GDP could go down by as much as 0.6 percent, says Robert Barone, chief economist and portfolio manager at Universal Value Advisors in Reno, Nev.

Time will tell how the payroll tax expiration will shake out in regard to spending. While consumer spending tumbled last fall, it has since made positive, if slight, gains through December and January. January’s consumer spending increased 0.2 percent, according to the personal income and outlays report from the Commerce Department.

Retail sales in February clearly show a more positive spending trend. Retail and food service sales were up 1.1 percent from February, which is 4.6 percent higher than last year, the Commerce Department reported this month. If more economic indicators come in as positively, 2013 may shape up to be a turning point.

“There is a good chance that we look back on 2013 as the year the economy finally gained its footing and provided the spark we really needed. The tax increase will be a headwind, but hopefully it will be small enough to not derail what could be very good growth,” says John Stewart, managing director and founder of Vantage Economics in Washington, D.C.

Could the economic recovery really be taking hold? With the stock market up and home values increasing along with paychecks and employment, it certainly appears that consumers may be close to believing it.