In February, Ted Tzimopoulos, a driving instructor in New Hampshire, looked at his Citizens Bank statement and saw something shocking: a checking account that should have had more than $50,000 in it had just $2,500.

Tzimopoulos checked his past statements. He found a series of large transactions ranging from $300 to $800 at local Wal-Mart stores over many months, along with some smaller transactions at convenience stores.

Eventually, shock was joined by feelings of betrayal. Tzimopoulos believes the person who made the fraudulent debit-card purchases was his youngest son, William Tzimopoulos.

“I am traumatized by this fraud,” Ted Tzimopoulus said over email. “My life savings were stolen.”

The total amount of the fraud was massive: 165 transactions totaling $42,671.93 over 8 months. Overwhelmed, Tzimopoulos called in his brother, George Tzimopoulos, a TV director and writer in Los Angeles, to help him resolve the issue.

Spend a pretty penny on blunts always got plenty lit. I Keep it real like elements ain't that elegant? @chancetherapper@DonaldGlover#fan

cleaning with some herb an music..#Happy#spring#dank#bud#music#NH

The brothers quickly filed police reports about the thefts and reached out to Citizens Bank to notify it of what had happened. At first, bank personnel were helpful, Tzimopoulos says. But as the matter was escalated up Citizens' chain of command, they became less and less cooperative, George Tzimopoulos says.

The bank eventually took the position, citing Regulation E, that Ted Tzimopoulos should have discovered the fraud incidents earlier. It reversed $24,570 of the charges, but left Ted Tzimopoulos with more than $18,000 in losses. Under Regulation E, consumers have to shoulder more of the burden the longer it takes them to report fraud. The timer starts on the sending date of a statement on which the fraudulent purchases appear.

Ted Tzimopoulos admits he could have kept closer watch over his account.

"Sometimes bad things happen to good people," Ted Tzimopoulos says. "In the last few years I lost my home to foreclosure, then days later my wife died, then my mother died, and my health has suffered. In 2015, I was in an emotional ditch, and I neglected many parts of my life. I was lost."

George Tzimopoulos insists the bank, as well as Wal-Mart and Visa, could have done more to prevent the fraud in the first place. The brothers say that Citizens never contacted Ted Tzimopoulos to confirm the legitimacy of the large purchases, made repeatedly at several Wal-Mart stores. 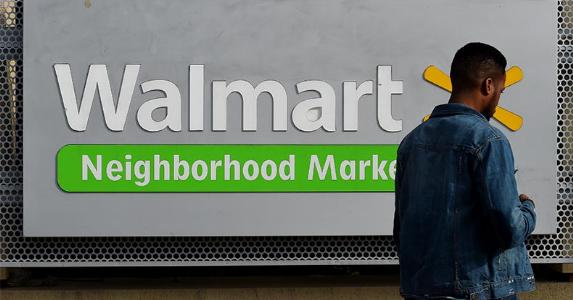 "In the course of 8 months, and these staggering amounts of money that were coming up on my brother's account, not a single alert, not a single conversation came from Citizens," says George Tzimopoulos.

Steve Sylven, a spokesman for Citizens Bank, could not comment on the case, citing privacy laws, but says the bank does have systems in place to spot suspicious transactions.

"The safety and security of our customers' accounts is of utmost importance to us and for privacy reasons we cannot discuss individual customers. For security reasons we can't disclose specifics, but we monitor for unusual activity 24 hours a day, 7 days a week," Sylven says. "We encourage customers to closely monitor their accounts and to report any suspicious activity to us. We will examine all claims of fraud and reimburse customers where appropriate."

Wal-Mart: PIN may have prevented fraud

Wal-Mart personnel never stopped the same young man who came in week after week, loading up hundreds of dollars on gift cards using a debit card that didn't bear his name.

George Tzimopoulos says William Tzimopoulos did not have the card's PIN, and would not have been able to provide any verification that he was authorized to use the card. He notes that similar crimes have been taking place in other Wal-Mart stores across New Hampshire.

Randy Hargrove, a spokesman for Wal-Mart, says that it's difficult to stop thieves from making unauthorized "sign and swipe" debit transactions.

"What you're telling me is unfortunate, but we've said, there's no way to validate a signature transaction," Hargrove says.

The company is currently involved in a lawsuit with Visa to end the card network's practice of offering a signature as a verification method for making debit card purchases. Hargrove says requiring PINs for all transactions may be the best way to prevent the type of fraud that devastated Ted Tzimopoulos' savings.

"We have long advocated for PIN verification as opposed to the less-secure signature verification for debit transactions," Hargrove says. "PIN is the only truly secure form of cardholder verification in the marketplace today, and it offers superior security to our customers."

Visa could not be reached for comment. William Tzimopoulos, contacted through social media, did not respond to requests for comment.