Where’s a good place to start your career? Go inland 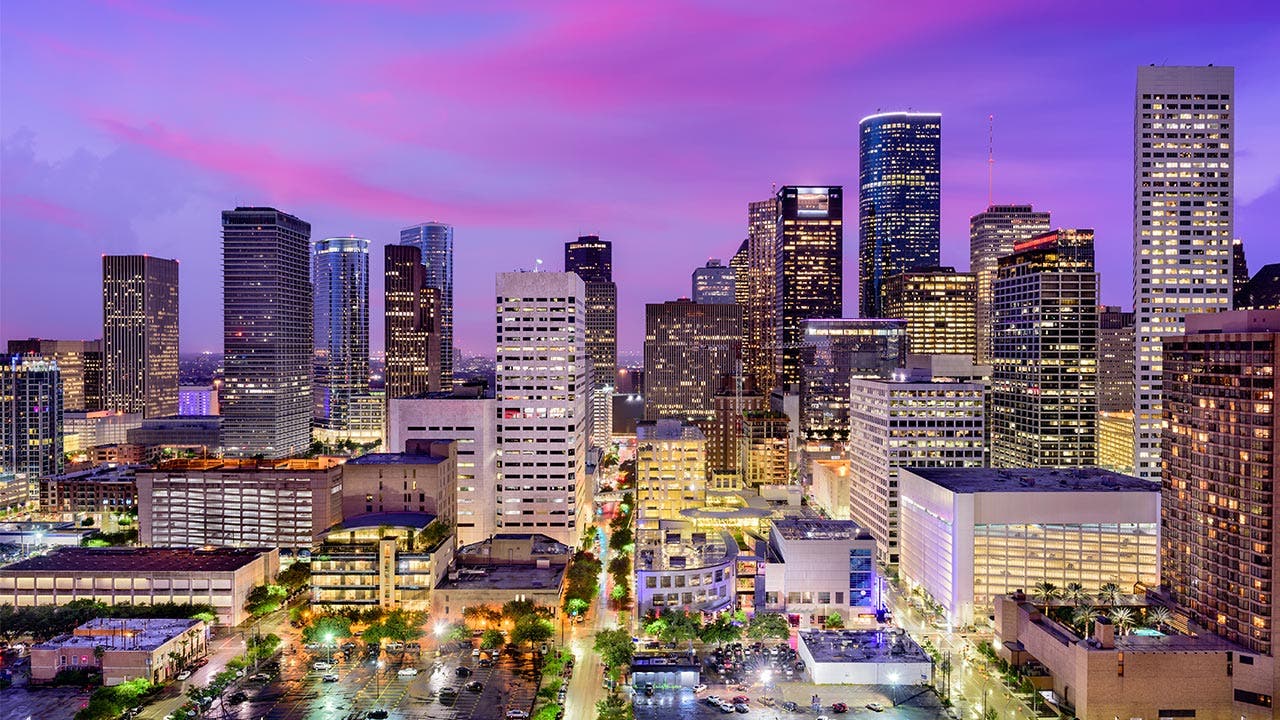 Leaving college and entering the workforce can be a tough transition, especially when the student loan notices start arriving. Many graduates gravitate toward the big cities on the coasts in hopes of finding a reliable paycheck and a good quality of life, but we’ve found better places for starting out.

Bankrate’s ranking of the best cities to start your career puts less-hyped metro areas like Houston and Minneapolis ahead of economic powerhouses New York and San Francisco.

Surprised? You shouldn’t be. Cities in the middle of the country can offer strong job prospects without the hefty rents that are making many coastal cities unaffordable for many younger workers, says Paul Harrington, a professor of labor markets and policy at Drexel University in Philadelphia.

Methodology: Graduate job market rank is determined by employment among the age 22-26 population and median wages for that age group. Career potential rank is based on local economic growth and gross domestic product per capita. Affordability rank is determined by local cost of living measures and median rent as a percentage of a new grad’s income. Lifestyle rank is based on: the numbers of bars, arts, entertainment and recreational establishments per 1,000 residents; share of 22- to 26-year-olds in the local population; and Gallup-Sharecare well-being scores for communities.

How we ranked the cities

Marte Eggleston, a recent Indiana University graduate who’s headed to Chicago for an internship in public relations, says she never considered moving to a city like New York or Los Angeles.

Chicago, No. 11 on our list, “is less intimidating, it’s easier to navigate and I think there are lots of opportunities there,” she says.

Our ranking of the 50 largest U.S. metro areas shows which have more of what typical grads might look for when deciding where to live: career potential, lifestyle (including bars per capita), affordability and the job market for recent graduates. We gave extra weight to local job markets.

“You can be in a very nice place but living under a bridge, so the bottom line in a market economy is, you’ve got to get a job,” says Anthony Carnevale, director of the Georgetown University Center on Education and the Workforce.

We analyzed data from the Georgetown center, the U.S. Census, the Bureau of Labor Statistics, the Gallup-Sharecare Well-Being Index and the Council for Community and Economic Research. We used the data to score each of the metro areas on a 50-point scale. 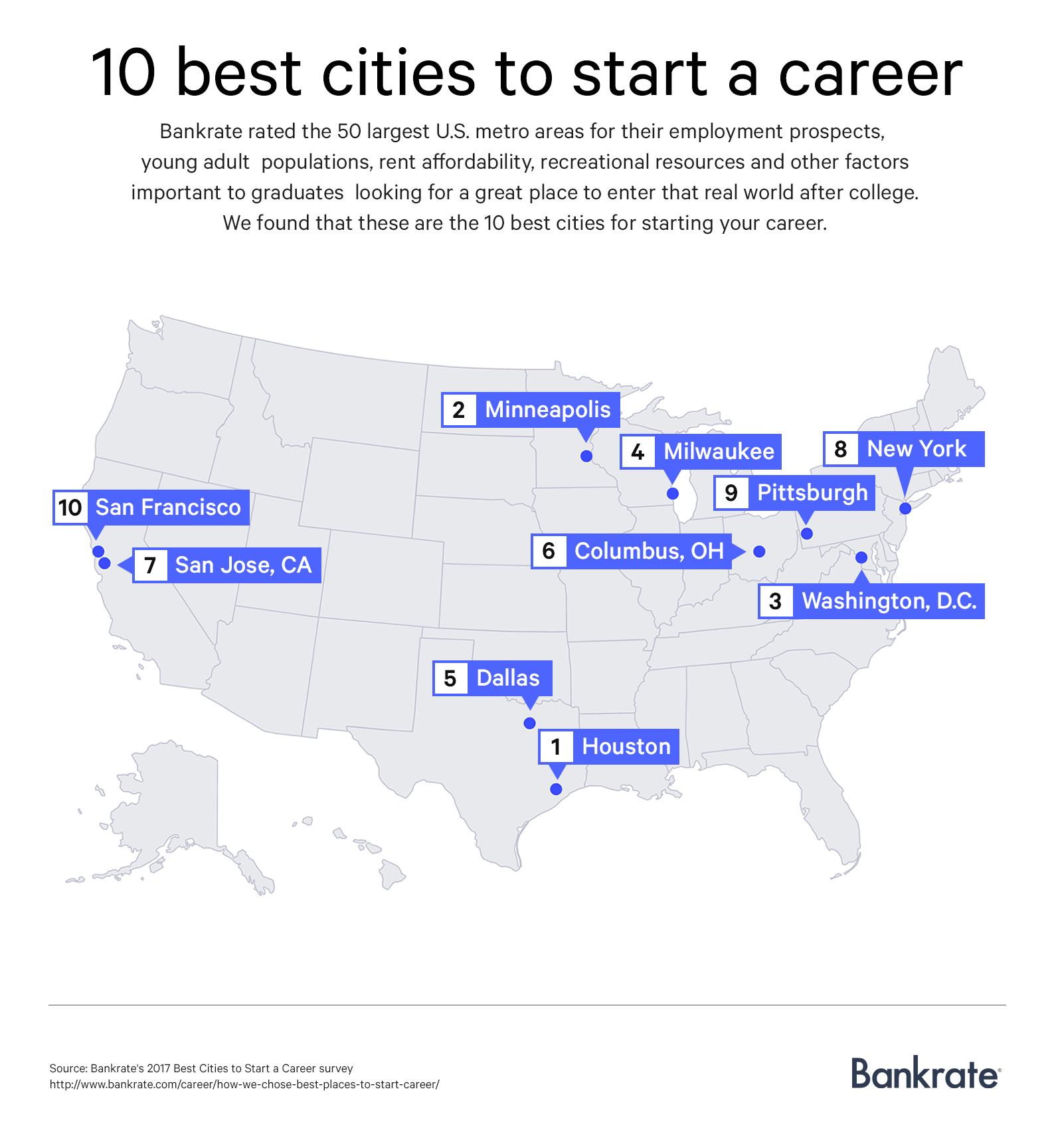 For some, the economic benefits of living in even a midsize city can come with unacceptably high costs. Alexandra Melnick moved to Orlando, Florida, after graduation in 2016 to do political field work. The long commutes and high cost of living drove her to look for alternatives after Election Day.

She took a teaching job in Leland, a small town in Mississippi a few hours away from her alma mater, Millsaps College.

“It is very expensive to live in Orlando, and I feel like the job market also doesn’t give people the high-paying jobs that can allow them to live” in the area, she says.

Orlando scored near the bottom of our ranking, in part because of a relatively weak job market for graduates.

The choice for each grad comes down to priorities, says Drexel University’s Harrington.

“Finding a place where you can start a family, get an affordable home, get a good job to purchase that home? That would be different than if you said, ‘I want to be a single person and I want to live in the heart of a very vibrant, exciting city,'” he says.