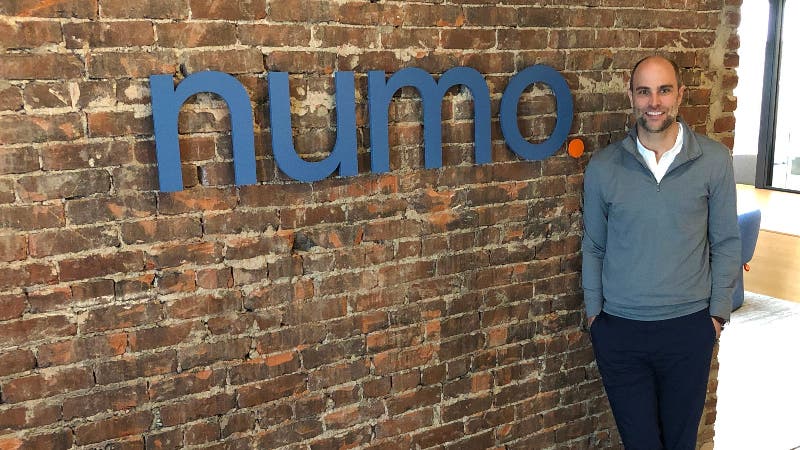 It’s all too easy to take for granted: As full-time employees, we know when our next paycheck will arrive and the amount it will contain — with withdrawals for taxes and other future financial events accounted for by the time the money hits our bank accounts.

But for the millions of freelancers, independent contractors and gigsters delivering things like passengers, scooters and meals, it’s often an unsolved mystery.

“Whether it’s millennials who switch jobs every year and a half or people who drive for Uber and Postmates or your highly skilled design freelancers, they aren’t getting any of those services,” says Andrew Ambrosino, founder at Catch, a benefits platform built for non-traditional workers. “What happens is they get a lump-sum payment and they often have no idea where to start.”

It won’t always be this way for on-demand workers.

The allure of working on antidotes to financial uncertainty problems for an underserved market is attracting a small but steady number of brokerage firms, banks and fintech companies. Catch, for example, uses BBVA Open Platform to power some of the services offered through its benefits platform, such as automated savings. Track.Tax, for another, is partnering with banks on a narrower offering: helping freelancers save money for tax withholdings. And at least one bank is daring to take on the endeavor itself: PNC’s fintech incubator is whipping up a new kind of an online-only bank account for 1099 workers.

“We are at the very beginning of banks waking up and realizing they need to do more than just hold your money,” says Trent Bigelow, co-founder and CEO at Track.Tax, a fintech firm for the self-employed.

The efforts point to yet another shift away from a time when bank accounts only came in one-size-fits-all flavors.

“What in the olden days we probably would think of as ‘oh, that is just a feature on a bank account’ can now be thought of as entire companies in the banking space because of these gig economies workers — the markets are getting so big and the problems are so nuanced,” says Zach Anderson Pettet, vice president of fintech strategy at nbkc bank, which runs a fintech accelerator where startups like Track.Tax have participated.

Estimates for the size of the gig economy worker vary and the calculation is complicated by legislation in California that could potentially classify 1099 employees as full-time employees. But various estimates put it at tens of millions. By a Freelancers Union and Upwork report’s estimate, a whopping 57 million Americans freelance.

Their personal finances, however, are broad and diverse. “Gig economy workers” is a catch-all-term that includes consumers who make ends’ meet by patching together a number of side hustles as well as consumers who work full-time jobs and moonlight with other gigs to augment their salary or to try out a passion. They could earn $30,000 or $300,000. Some rely on bank accounts for businesses, others rely only on a personal checking account and co-mingle their finances.

“We bundle gig into this bucket, but there are people in that bucket that operate like a consumer and some that operate as businesses,” says Melissa Eggleston, chief deposit officer at nbkc bank.

Despite the variability, the audience shares a money-management challenge caused by the absence of paycheck withholdings  —  a challenge that Track.Tax’s Bigelow knows all too well.

While working on a client project along with who would become Bigelow’s co-founders at Track.Tax, he saw firsthand how much easier the math would have been if they worked as traditional employees. “When they got paid, it was safe to spend. It was their take home,” he says. “When we got paid, we had to do all this work. We ended up spending time being our own HR manager. We thought that wasn’t fair.”

Now, the startup is trying to help freelancers’ tackle the tax withholdings math problem. While people can pay for an accountant, the app is designed to prevent users from spending what they owe in taxes by putting it into a bank account and sending a payment to the IRS every quarter. The big idea is to make it crystal clear on what’s safe to spend. “Just because my client paid me a $1,000, doesn’t mean I have a $1,000,” he says.

It is but one solution to one problem. Others, like Oxygen, Joust and Cogni, are creating challenger banks designed for entrepreneurs and freelancers that help them tackle challenges, like getting credit and establishing a wide-range of savings goals. And more general challenger banks, like Chime and Varo Money, let direct deposit customers receive early paydays — a feature that can benefit non-traditional workers. The list goes on.

For banks partnering with startups like these, it represents an opportunity to deliver value through products that have become a commodity. The business motivation for the industry, of course, is to collect more deposits nationwide.

“You can’t be a bank of billions through conventional acquisition but you can by building a giant network of Catches… and all the other fintech that have built huge value-added businesses but need banking capability underneath the covers,” says Susan French, the head of product for BBVA Open Platform, which partners with Catch, Azlo and other fintech companies.

While partnering with startups is a more common path for a bank trying to reimagine a product, PNC Bank is supporting something new: a bank account with added bling to benefit gig workers — an idea that took root around the end of 2017 during something ordinary: a meeting with a fintech partner.

“It just really occurred to our team in the midst of that meeting that no major U.S. bank had built a bank account from the ground up for this thriving section of the U.S. workforce,” says David Passavant, CEO at numo, the name of the bank’s incubator, and former head of innovation at PNC. “Our hunch was that there would be a real need there if we spent some time digging into data points. That was the start of it.”

Identifying a consumer need is no guarantee a new product will solve it or that consumers will even want to sign up for another account. Plenty of industry observers believe any compelling bank account built for side hustlers would come from a startup whose founders have lived through the problems, not a bank whose employers earn steady paychecks.

Yet, numo operates a bit outside of the large bank and recognized the tension from the get go. “We all started by acknowledging that we were a bunch of W2 workers trying to design a product for 1099 workers,” Passavant says. “You are not the consumer that you are designing for: We went into it with eyes wide open about that fact.”

So, the team spent almost a year studying the market, including spending time with gig economy workers, before committing to the project. In late summer, PNC’s incubator revealed indi, a digital-only bank account for 1099 workers. It works like a regular bank account where the money is held at PNC Bank, but it includes features designed to help freelancers and others more easily manage their money.

Right now, indi is in beta testing. To get the bank account, you will need to join its waiting list as the team makes sure a product attached to a larger bank works as intended before scaling it.

When it launches nationally, you will get features like: automatically saving money from your direct deposit for taxes, a visual of your balance of what is okay to spend and your tax savings as well as the ability to categorize and deduct expenses in real-time.

You will also get other helpful pricing perks: no overdraft fees, no monthly service fee and no minimum balance requirement. As a customer,  you can also withdraw cash at PNC ATMs for free.

Whether indi flames out or resonates with a changing workforce remains to be seen. The bank unit, of course, is betting on yes.

“I believe there is a market need here,” Passavant says. “My hope is that we build a product that will address these things. We’re at the very early stages.”