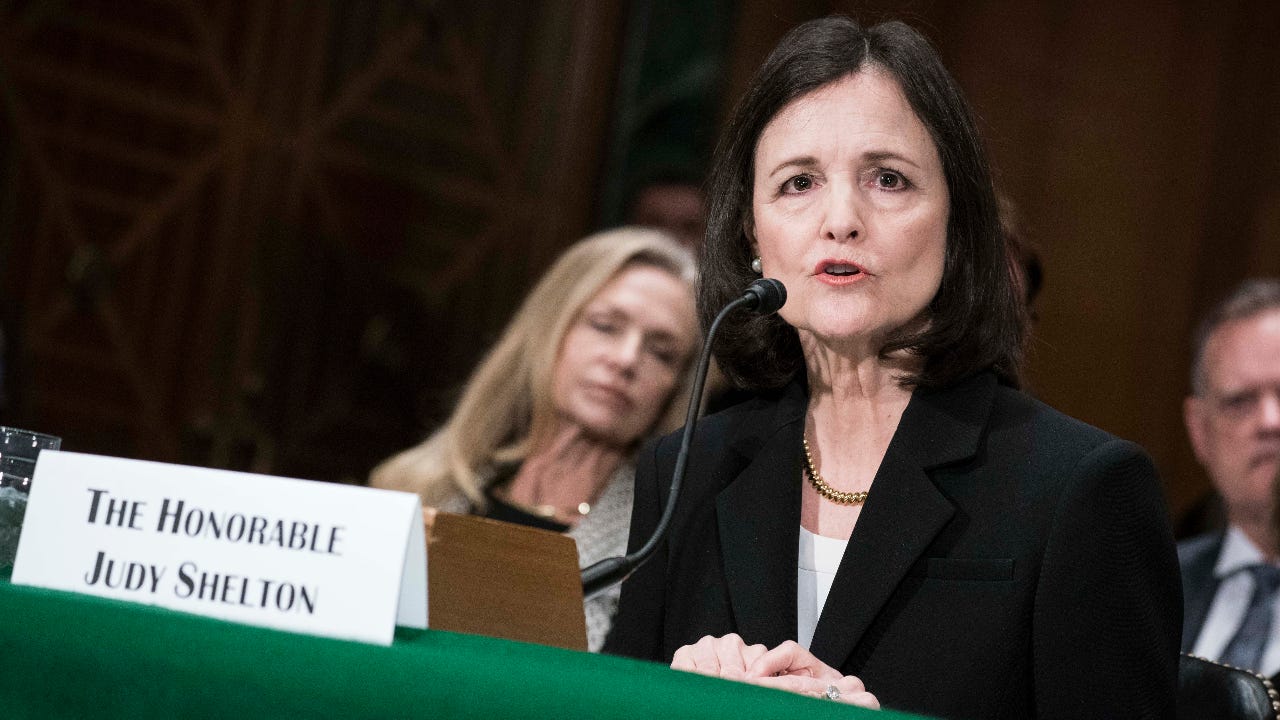 Two of President Donald Trump’s nominees for the Federal Reserve’s board of governors inched closer toward having a say in interest rate decisions, including the controversial and contested Judy Shelton, who many fear could shake up the central bank.

Shelton, an adviser to Trump’s 2016 election run who is known for being an outspoken Fed critic, was approved Tuesday in a 13-12 vote, securing the support of every Republican on the Senate Banking Committee.

“I’m confident that her deep understanding of the Fed’s monetary policy toolkit, monetary history and commitment to maintaining independence will serve the Fed well,” said Chairman Mike Crapo, a Republican from Idaho.

The panel also voted to approve Christopher Waller in an 18-7 vote, with five of those “yes” votes coming from Democrats. Waller is executive vice president and director of research at the Federal Reserve Bank of St. Louis, a more traditional choice for the Fed’s seven-member board who was expected to easily gain the committee’s approval.

Before taking a seat in the Fed’s boardroom, both Shelton and Waller await a majority vote before the full Senate for confirmation. Shelton would take over Janet Yellen’s former spot on the board, serving a term that would expire in 2024. Waller would assume former Fed governor Sarah Bloom Raskin’s position, which expires in 2030. Fed governors serve staggering 14-year terms.

But the nominations thicken the tension between the White House and the Fed at a time when it’s working to steer the U.S. economy away from one of the worst recessions in generations. The U.S. central bank has slashed interest rates to zero and instituted an unlimited bond-buying campaign since the coronavirus-induced crisis took hold — such policies that Shelton has pointed sharp criticism toward in the past.

“Clearly, Republicans on the Senate Banking Committee wanted to give President Trump what he wanted: Approval of a highly unorthodox candidate to join the Federal Reserve Board in Judy Shelton,” says Mark Hamrick, Bankrate’s senior economic analyst. “It might well be that the full Senate, also controlled by Republicans will go along.”

Shelton has been a proponent of returning to the gold standard and has questioned the Fed’s degree of independence. In a 2008 op-ed for the Wall Street Journal, Shelton said fixing the dollar to gold might have been “less damaging for the average person” than the policies that paved the way for the U.S. central bank while mentioning that the Fed should match “government objectives” when setting interest rates. She also called the Fed’s power “quite unhealthy” in a 2017 interview.

The nominee has also raised Fed watchers’ eyebrows primarily for backtracking away from those previous views to be more in line with Trump. Shelton wrote in a 2016 op-ed for the Financial Times that the Fed has engineered a zero-rate world that hasn’t “stimulated real growth but has rather created a ‘false economy’ that could lead to the next global financial meltdown.” Three years later, as the U.S. and China engaged in a tit-for-tat tariff war, Shelton said the Fed should avoid “undermining” growth and consider cutting interest rates.

During her confirmation hearing in February, she also stressed to lawmakers that she wouldn’t use her stint at the board as a way to get the country back on the gold standard.

Critics have said that her confirmation could pave the way toward the president nominating her for Fed chair when Jerome Powell’s term ends in 2022, should Trump win another term.

“Dr. Shelton is a dangerous pick, period,” said Sherrod Brown, a Democrat from Ohio who is a ranking member on the committee. “Her ideas are well outside the mainstream. We should not be gambling on fringe nominees like Shelton.”

But her supporters were captivated for the same reasons. Proponents say her non-traditional views might bring more thought diversity to the Federal Open Market Committee (FOMC). Shelton has a doctorate in business administration, unlike most of her would-be counterparts with doctoral degrees in economics.

The two spots that Waller and Shelton would fill have been vacant since 2014 and 2018, respectively. Trump previously floated conservative economist Stephen Moore and former pizza chain executive Herman Cain, though both nominees dropped out after heated criticism from lawmakers and Fed watchers alike.

Shelton’s confirmation too looked uncertain in the early months of 2020, with most lawmakers on the committee skeptical whether she had the knowledge to handle the post and could remain independent. Democrats on the panel were all forthright about their plans to vote against Shelton, even going as far as calling on the committee to host another round of hearings. Republican opposition, however, crumbled in the weeks leading up to the vote.

How Fed rate decisions could be impacted

Former members of the Fed’s board of governors and the rate-setting FOMC have said that there is no room for political discussions inside the Fed. Members have to come to the table with reasoning behind their positions, with the committee not easily steered by politically pointed arguments. Others who have witnessed meetings have called Fed officials calm and analytical.

Shelton would also be one of 19 other officials, meaning her voice might not carry as far.

Yet the Fed’s fight against the coronavirus crisis has also left most of the important decisions up to the board of governors. The Fed has rolled out an unprecedented array of emergency lending programs geared toward backstopping financial markets, states, municipalities and major firms in light of the coronavirus crisis. Those decisions don’t involve the broader FOMC, but five affirmative votes among Fed board members.

If Waller and Shelton are ultimately confirmed, it means Trump will have nominated six of the seven board members, with Fed Governor Lael Brainard the only one having been appointed by a previous president: Barack Obama.

“Since the central bank tends to be fairly consensus driven, Shelton is unlikely to be able to substantially change the path of monetary policy, if she is approved by the Senate,” Hamrick says. “In any case, we’re likely to see the era of very low interest rates continue for quite some time. The discussions that go on behind closed doors among Federal Reserve officials are one thing. The decisions ultimately made by the Fed are another.”