Biggest winners and losers from a Fed rate pause 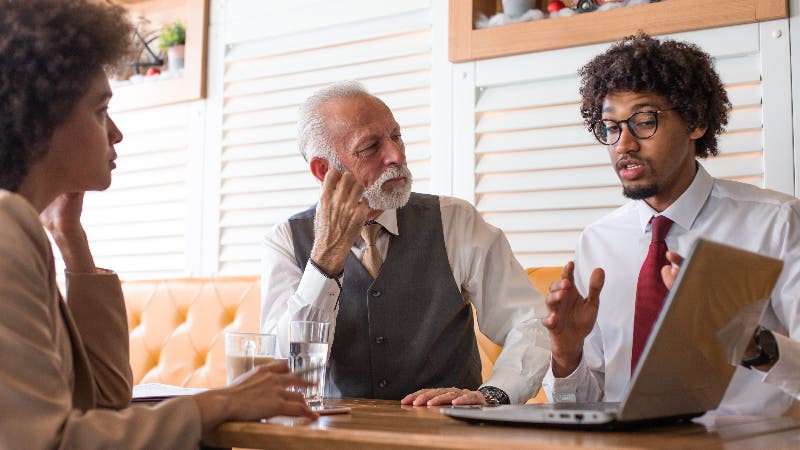 The Federal Reserve announced that it’s keeping interest rates steady following its Jan. 28-29 meeting, leaving the federal funds rate at a range of 1.5 to 1.75 percent. With the decision and December’s move to maintain rates, the Fed continues to hit the pause button on what had been a series of three rate decreases in 2019. These decreases trimmed a total of 0.75 percentage points from the fed funds rate.

The Fed’s decision was highly expected, as the economy remains on solid footing. The Bureau of Labor Statistics reports that the economy added 145,000 non-farm jobs in December and unemployment held at 3.5 percent, sitting near a 50-year low.

“The Fed feels interest rates are at an appropriate level for where the economy is, and that should be the case as long as we have this virtuous cycle of job creation, low unemployment and sustained consumer spending,” says Greg McBride, CFA, Bankrate chief financial analyst.

The Fed has taken other steps to keep interest rates near its target range, too. The central bank has injected hundreds of billions of dollars into the financial system via repurchase agreements (repo), in which banks exchange securities for cash for a preset time period. The Fed has also been buying Treasury bills at a higher rate, which it will hold on its balance sheet shorter-term.

As the Fed continues to sit on rates — with the expectation that they will keep them steady at least for the near future — here are the biggest winners and losers from their decision.

For savers, the Fed’s decision is more about the situation being less bad than clearly better. The string of rate declines in 2019 rocked what savers could earn in traditional bank accounts as well as in CDs, even if they turned to higher-yielding online bank accounts. With interest rates holding steady, savers have finally caught a break, at least for now.

“Savers can breathe a sigh of relief now that the Fed has moved to the sidelines,” McBride says. “Yields on savings accounts, money markets and CDs are stabilizing after retreating in the back half of 2019. Those cash yields will be a nice ballast amid heightened volatility in financial markets expected this year.”

If the economy picks up in 2020, the Fed could potentially raise interest rates again, a clear boost for savers. But if the economy stumbles, savers can expect the Fed to lower rates further, and for their payouts to tumble alongside. That’s one reason some savers have been locking in longer-term CD rates now, as they expect a further decline in rates over the near future.

“Lower-for-longer” interest rates are also beneficial for stocks. First, the Fed is signaling that it will keep trying to maintain the economic expansion, and that’s good for corporate profits. As the economy continues to grow, businesses will pile up more cash.

Second, low interest rates make stocks look like a more attractive investment in comparison. With the Fed keeping rates low, investors are likely to bid up stocks in anticipation of a favorable business climate.

“It’s an election year and the Fed certainly doesn’t want to upset the apple cart of the economic expansion. They continue to support the overnight lending markets and interest rates are likely on hold, barring a verifiable economic downturn,” McBride says.

With inflation coming in at a slow and steady rate and marginally below the Fed’s target of 2 percent, workers can heave a sigh of relief as well. That’s because wages continue to tick up more than 3 percent year over year for all of 2019. As wage growth outpaces inflation, workers gain more purchasing power for their labor. With so many families strapped for cash already, it’s reasonable to expect these gains to be funneled right back into economic growth.

How long this positive situation for workers can last is a tough question. If wages grow too quickly, it can stoke inflation above target, spurring the Fed to raise rates. For now, it’s a Goldilocks moment for workers – not too hot, not too cold.

President Donald Trump has been calling for lower rates for quite a while, and he could have declared victory in the back half of 2019, with the Fed’s series of three rate decreases that helped sustain the economy. But Trump has continued to call for more decreases, and has lobbied hard for them, even as recently as this week.

The Fed should get smart & lower the Rate to make our interest competitive with other Countries which pay much lower even though we are, by far, the high standard. We would then focus on paying off & refinancing debt! There is almost no inflation-this is the time (2 years late)!

By pausing the rate decreases, the Fed is focusing on data to drive its decisions rather than what might suit the short-term aims of a political leader in an election year. The Fed may increase or decrease rates later this year or not, but it’s going to decide to do so based on what the numbers say.

Debtors welcome lower interest rates, because they’ll owe lower payments, and there’s no bigger borrower than the U.S federal government. With the national debt now at more than $23 trillion, the government has lost out – for now – on the potential to refinance some of its borrowing at lower rates and the opportunity to save potentially billions of dollars.

Of course, the government has benefited for decades from a secular decline in interest rates. While rates might rise cyclically during an economic boom, they’ve been moving steadily lower long term. And when the next recession arrives, you can expect rates to fall, and the government to refinance a lot of money at very little expense.

With the economy looking solid, though not without some concerns, the Fed’s decision to hold steady on interest rates should lift the confidence of investors and savers. But if the economy weakens from here, expect the Fed to act by lowering rates. Savers who are concerned by this risk may want to lock in longer-term yields today, rather than waiting for the dust to settle.