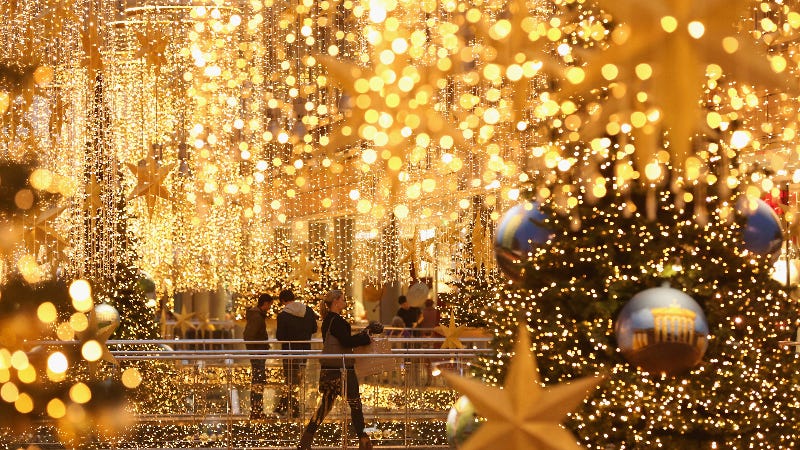 It’s only the middle of the month, but you might already feel stressed about overdoing your spending this December — it’s the holiday season, after all.

On top of your regular expenses, there is the flight or extra gas needed to get somewhere. The pricier meal to make and the cocktails to accompany it. And the presents you may buy for friends and family and, well, yourself.

Yet, your financial institution may offer digital features that stop you from overspending on a whim. Literally.

Banks and credit unions across the country are letting customers use their apps to set spending limits on their debit and credit cards. If their customers try to exceed the number they set, their transactions will get denied — before spending more than what’s in the account or hitting a credit card’s limit.

Some bank apps also let customers tailor their card preferences more granularly so that customers can, say, make a rule to not let them make transactions online or in certain geographies. While these features are designed to get in front of fraud, they have other uses — budgeting, included.

“Use [the app] not just to monitor fraud or to control fraud but also use it to control spending on yourself,” says Carrie Sumlin, executive director of online and mobile banking at Ally Bank, which offers a card control app that integrates with the main bank app. “We’ve kind of said it’s really to help you save you from yourself.”

These features won’t solve our financial plights during the holiday spending season — you can undo whatever card parameters you set (which is essential if unexpected expenses come up). But the self-induced pause before buying something extra could change our minds about an impulse purchase that would make us break a spending goal that we set.

Ally Bank has offered card control features since March 2017. Through its app that connects to another Ally app in the background, customers can set numerous controls for where the card can be used — if shopping online is your vice, you could restrict your card use there, for instance. You can also set up a transaction limit or go one step further: turn the card off.

“If [you’ve] gotten to the point where you’ve spent everything you need to spend, turn the card off and then only turn it back on when [you] go to pay for true day-to-day necessities,” Sumlin says. “It will help you think twice before you pull the plug or swipe the card.”

You don’t have to bank at Ally to get similar features. Many other financial institutions and fintech companies offer card controls, too. For example, BMO Harris Bank customers can turn their cards off, restrict how much they spend and where. They can also get alerts about if and when they exceed the transaction amounts they set. The bank sees the features as a way for customers to stay in touch and manage their cards as they see fit.

“It enables controls to be in the hands of our customers, which is great.” says Denise Press, head of retail and small business payments at BMO Harris Bank. “They know what they are comfortable in terms of their spend and when they spend and how they spend.”

Some of the newest bank accounts are offering card controls, too.

For example, challenger bank Current debuted a digital checking account that lets users pepper in controls. If customers want to create a spending limit, they can. They can set up alerts to notify them, say, when they are exceeding their food budget. They can also set up one or more savings goals (or “pods” as Current calls them) to automatically move money aside for the goal. If the customer tries to spend money within his savings pod, the purchase will get denied.

“We are not a one-size-fit all,” says Adam Hadi, vice president of marketing at Current. “We’re allowing people to customize their own experiences.”

While it’s early days for the young account, Hadi says customers most prefer the savings pods. “Most people don’t have spending goals,” he says. “People have savings goals.”

Still, ever-more banks are letting consumers set spending limits. Ondot Systems, for instance, sells card control technology to banks worldwide. While the technology is designed to weave into the background of what customers want to do, it also lets them login to a card app to set spending restrictions, understand their transaction patterns and more.

“People start feeling that their entire financial lives and card management are at their fingertips,” says Rachna Ahlawat, co-founder at Ondot Systems.

Other bank technology vendors are testing card control functionality. For instance, MX, a financial data and money management tool provider, is piloting functionality that would let bank customers set spending limits on their cards for specific merchants on a weekly or monthly basis. “We’re diving into a lot of testing with this functionality to help show how setting a limit for yourself or a more-enforced limit can help your finances move in the right direction,” says Caden McBride, a product development manager at MX.

While consumers could undo the limit, the idea is to create a pause that might change the outcome. “By setting your limits, you could certainly get past that as a user and adjust those limits, but at least you’re thinking through that,” says Michael Lott, product development manager at MX.

Ally’s Sumlin likens the idea to diet controls, like putting chips on the top shelf to force you to jump up to get them — something that requires you to do an extra step. As she sees it, an added card control could help you stick to your original financial intention even in an impulse situation where something catches your fancy because it’s on sale.

Other options to help with budgeting

If you want help budgeting but don’t want to set spending limits, your bank may offer other features that could help.

You can sign up for alerts about low balances or when major transactions hit at many banks. Some banks may even let you set an alert for when you’re bursting your gift budget specifically.

For the next holiday season, you may want to take advantage of newer savings features available at a growing list of banks. These features, such as Current’s savings pods, ease you into the habit of paying yourself first — automatically and in smaller amounts. Expect more banks to launch similar microsavings concepts. Ally Bank, for example, is testing a feature to help its customers organize their digital money and optimize how much money they can save.

If you are motivated by scores, you may benefit from a rarer but intriguing way to stay mindful of your spending: Some fintech companies, like Status Money, will tell you how you compare to peers. Other financial institutions, like KeyBank and USAA, will let you compete with yourself by publishing your moving financial health scores.

Bottom line? Only you know what motivates you most. Pick the strategy that appeals to you as you work on fine-tuning your financial habits.