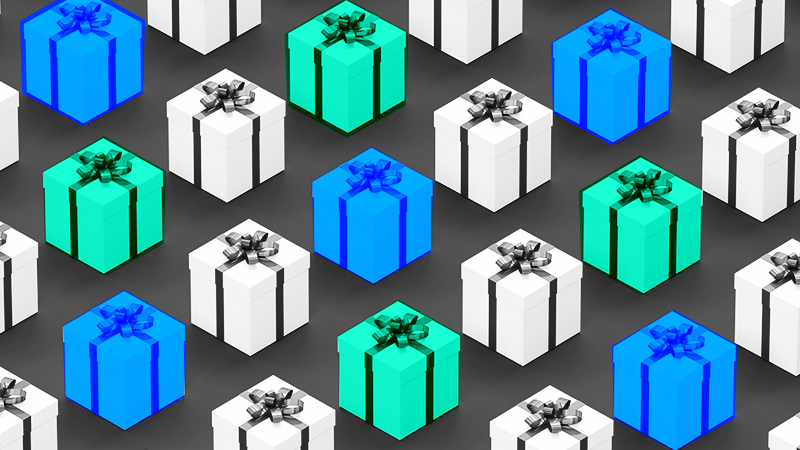 The holiday shopping season is nearly here, with Black Friday kicking it off in just a few days. According to Bankrate’s latest Holiday Spending Survey, most people plan to glide through it debt-free.

Bankrate asked shoppers across the country how much they plan to spend this holiday season and how they plan to pay for their loot.

Some 56 percent intend on doing their holiday spending with money they already have rather than borrowing, which is a smart way to sidestep tinsel-trimmed debt.

“Too many people fall into a negative cycle of overspending ahead of the holidays, which at best, sets the stage for a New Year’s resolution to hold the line in the future,” says Mark Hamrick, senior economic analyst at Bankrate. “That will only work if a concerted effort is made to truly save for both short- and long-term needs.”

Here’s how much shoppers plan to spend

Most people, 52 percent, plan to keep their spending budget the same as last year’s, according to Bankrate’s survey.

Older respondents are more likely to spend the same amount than their younger counterparts. Those 55 years and older (59 percent) estimate they’ll spend the same, followed by 53 percent of 35- to 54-year-olds and, finally, 42 percent of 18- to 34-year-olds.

As unemployment hovers around a low 3.6 percent, staying below the 4 percent mark for 19 consecutive months, and nonfarm payroll jobs rose by 128,000 in October, creating a positive financial picture for the country, it’s not surprising that the majority of consumers will spend at the same pace they did last year.

For retailers, this means a windfall. In 2018, Black Friday broke records, bringing in $6.2 billion on that single shopping day alone.

Some 22 percent said they’d spend less money, which might be due to several factors, including fear of a possible recession. A recent CNBC survey found that two-thirds of the 2,776 adults polled said they believed the economy would weaken in 2020.

Credit takes a backseat this season

How you choose to pay for merchandise is almost as important as how much you buy. Rewards cards can be a great way to rack up points, but if you’re carrying a balance each month, then you have to pay interest on top of what you spend. So, in essence, you’re paying a dollar to save a dime, says Howard Dvorkin, chairman at Debt.com.

More than half (56 percent) of people said they would use money they already have to pay for holiday purchases. More baby boomers plan to do this (61 percent) than Gen X and millennials (both 53 percent) and Gen Z (51 percent).

The higher the household income, the more likely respondents are to use money they have stashed away, according to the survey. The majority of households bringing in $80,000 or more (61 percent) said they favored spending only what they already have on hand. But even in lower-income households a majority of respondents (at least 52 percent in each income bracket we surveyed) prefer to spend what they have rather than borrow for holiday gifts and festivities.

Using money already in the bank is a smart move, especially if you have trouble sticking to a budget in the face of deep discounts and collective bargain-hunting excitement.

“Bring only cash when you shop in person. I know it sounds old-school and even ancient. And yes, you won’t score any rewards points. But trust me, you’ll save more than you’ll earn in points,” Dvorkin says. “It’s proven psychology that it’s harder to permanently hand over a paper $20 bill than it is to temporarily hand over a plastic credit card. If you’re susceptible to impulse buying, leave the plastic at home and just bring paper with you.”

Why some are holding back on spending

Amid the concentrated effort by merchants to get shoppers to part with their hard-earned cash, some people are holding back. Nearly half (45 percent) of people who plan to spend less said they simply don’t want to spend more money.

In a distant second place were the savers (28 percent), who cited a preference for saving money rather than spending, and just behind them were people who are worried about the state of their finances and/or the economy (27 percent) as well as people who don’t have the money to spend more (26 percent).

Meanwhile, 22 percent are focused on repaying debt and just 7 percent cited “other” reasons.

“We have too many ‘things’ in our home. This year, we are taking a vacation as our family’s Christmas gift,” said one respondent.

How to coast through the holidays without diving into the red

Avoid a debt explosion this holiday season by creating a budget that takes into account existing bills, expenses as well as both long- and short-term financial goals, experts advise. It’s easy to feel pressure to buy more gifts than you’re comfortable with during the holiday season, but the long-term effects (debt, prolonging goals) are not worth the sacrifice.

“You don’t want to spend the electric bill money on a new gadget you don’t need. Think about how much you actually need to spend on gifts for friends and family, as well as other holiday spending,” says Judith Corprew, executive vice president at Patriot Bank, N.A. “Remember, you don’t have to spend the whole amount you can afford to spend.”

Shoppers who walk into a mall or log on to Amazon without a plan are easy prey for flashy display ads and promises of free shipping. In short, it’s a great way to spend too much and wind up with too little.

Start by saving money early. If you can save for it, then you can probably afford it without going into debt. Open a high-yield savings account now and start putting away money for next year, so you’ll be ready well before the tempting jingle of holiday sales begin.

“In an ideal world, even more holiday gift-givers would be taking a measured approach with their spending while also saving in the year leading up to the season,” Hamrick says. “One way to do this is to automate savings by using direct deposit to build a separate holiday fund. In doing this, you’re giving yourself the gift of financial prudence and stability.”

Visualize what you want (new house, more money in the bank) when the sparkly decorations are packed away and grocery stores stop selling eggnog for another nine months. For most people, that’s probably to be out of the red with their goals and bills intact — sans a scratch from holiday spending.

“Too many people fall into a negative cycle of overspending ahead of the holidays, which at best, sets the stage for a new year’s resolution to hold the line in the future. That will only work if a concerted effort is made to truly save for both short and long-term needs,” Hamrick says.

It’s also easy to overspend because you feel like you have to. But, there are many ways to avoid the pressure of matching the amazing (and expensive) gift your friend, brother or neighbor gave you last year, says Brian Ford, financial well-being executive at SunTrust Bank. Ford offers these tips to create a gift-giving experience that makes everyone comfortable and puts the emphasis on the thought rather than the price tag:

If you really want to give gifts:

Bankrate’s survey of 2,686 respondents was conducted Oct. 23-25 by YouGov Plc. The survey was carried out online. The nationally representative sample was asked a series of questions about holiday spending.