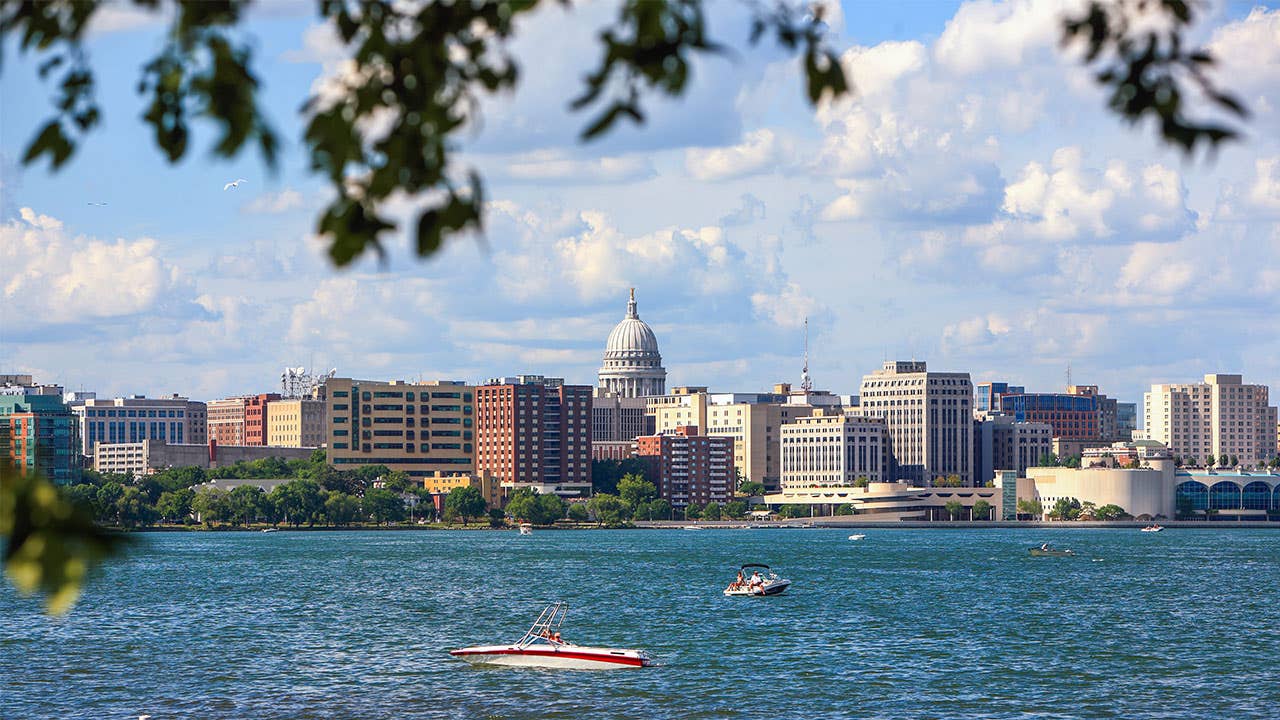 Millennials are now the largest share of homebuyers (37 percent) and they’re moving to (and staying in) places where unemployment is low and housing is affordable, according to a National Association of Realtors’ 2019 report.

Madison’s economy is primarily fueled by the government, but that’s shifting to the consumer and tech industries. Madison ranked third last year on real estate services firm CBRE’s list of tech talent momentum markets, an annual report that ranks 50 U.S. and Canadian markets by the growth of their tech talent labor pool.

Where the jobs are

Oklahoma City is another metro area with a high rate of millennial movers (61 percent of people who recently moved there were millennials). The state capital boasts a lower unemployment rate (3 percent) than the national average (3.6 percent). It’s also considerably more affordable for homebuyers as median listing prices for single-family homes are $162,000, about half the national median listing price of $310,000.

Millennials can afford about 30 percent of the homes on the market in Oklahoma City, according to the report.

Compared with other popular millennial cities like Los Angeles, where only 4 percent can afford listed homes for sale, Oklahoma City might be a more attractive choice for younger folks with families. In fact, 69 percent of buyers between the ages of 29 to 38 were married and 58 percent of that group had children younger than 18 living in their home, according to NAR’s annual Home Buyers and Sellers Generational Trend Report.

“An overwhelming majority of younger and older millennial homebuyers responded that their strong desire to own a home was the primary reason that they purchased their home,” said Lawrence Yun, NAR’s chief economist, in a statement. “As long as supply keeps up to meet demand, and prevents costs from rising too high and too rapidly, these identified metro areas are likely to see an uptick in purchases from millennial homebuyers – including Oklahoma City.”

Even notoriously expensive states, like California, which has made headlines for $1.8 million starter homes are not completely out of reach for younger homebuyers. The sub-40 set are flocking to Bakersfield, where some 67 percent of recent transplants are millennials. The oil-and-agriculture town, located 100 miles due north of Los Angeles and almost 300 miles south of San Francisco in the San Joaquin Valley, has become a popular area for Californians looking to escape high-priced cities.

While not the glittering tech or entertainment of hubs of its costlier counterparts, Bakersfield offers an affordable slice of the California lifestyle. Millennial homebuyers can afford about 15 percent of the houses on the market, almost four times the percentage of affordable listings as in Los Angeles.

“The increasing employment rate in California is another strong selling point among this generation,” Yun said in a statement. “While the rate of unemployment in Bakersfield is higher than it is nationwide, we’re seeing job growth there pick up at a strong pace. Home building in Bakersfield is rising, too. Many newcomers to San Francisco and Los Angeles do not stay for long because of unaffordability. Millennials moving to Bakersfield meanwhile are looking to take advantage of conditions toward homeownership.”

If affordability and jobs are the key to attracting — and keeping — millennials, cities like Seattle might miss out if home prices continue to drastically outpace wages. Today, millennials can only afford about 5 percent of the homes on the Seattle market. The current housing squeeze in coastal cities might also force new, hopeful homebuyers to leave big cities in favor of up-and-coming smaller towns.