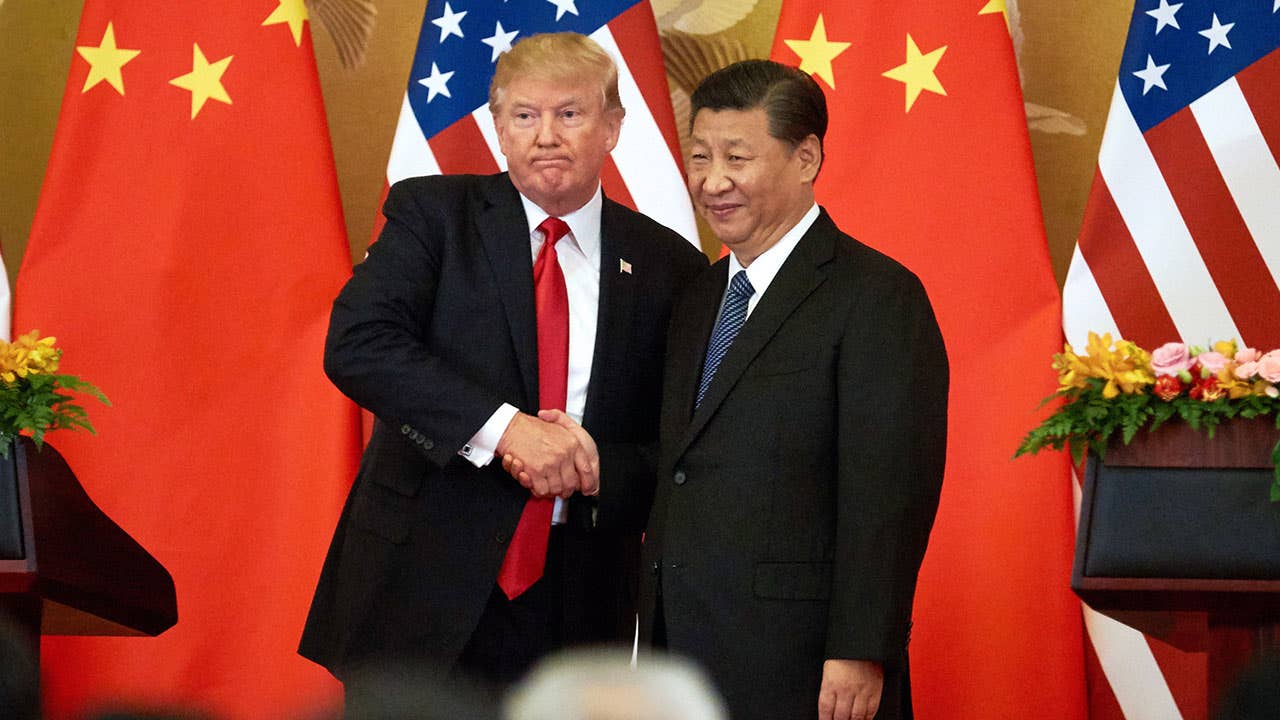 It’s looking like trade tensions between the world’s two largest economies will only continue to escalate, and your wallet may soon pay the price — if it hasn’t already.

Weeks after the U.S. and China turned their tit-for-tat tariff battle up a notch, major American companies started warning consumers that the everyday items they purchase are about to cost more money.

Walmart said last week that more duties would leave the retail giant with no choice but to raise costs, while Macy’s CEO Jeff Gennette warned higher tariffs would be nearly impossible for the company to mitigate. “It is hard to do the math to find a path that gets you to a place where you don’t have a customer impact,” Gennette said during the company’s recent first-quarter earnings conference call.

Most companies avoided hiking prices throughout the first three rounds of tariffs — which started in mid-2018 when Washington slapped duties on $34 billion worth of imports. The more the conflict escalates, however, the harder that has become. The Trump administration on May 10 slapped 25 percent levies on $200 billion of imports. Soon after, officials announced plans to hit an additional $300 billion of goods, virtually all remaining Chinese imports.

“Companies will continue to adopt mitigation strategies and look to alternative sourcing, but it will be much more difficult,” says Jonathan Gold, vice president of supply chain and customs policy at the National Retail Federation. “Some of the cost will continue to be absorbed through the supply chain, and what’s left will ultimately be passed along to consumers in the form of higher prices.”

[READ: Everything you need to know about the Trump administration’s trade war with China]

It’s hard to predict exactly how much the trade war will cost you and to forecast which price tags you’ll see moving up. But here’s a breakdown of the items on the official tariff list — and the steps you should take to minimize the impact.

The official tariff list is expansive and diverse, containing products that you likely put in your shopping cart. These include furniture, buttons, toilet paper, facial tissues, mattress supports, even softball and baseball gloves.

The list begins with “frozen retail cuts” of swine, and after 194 pages of products, it ends with monopods, bipods and tripods.

The list is predominantly intermediate goods, says Gary Hufbauer, nonresident senior fellow at the Peterson Institute for International Economics. About a fourth of the items on that list are final consumer products, he estimates.

Most of those final goods are computers, furniture, seats, lamps, lighting and parts, travel bags, vacuum cleaners, cooking appliances and refrigerators, according to a Peterson analysis. The intermediate goods fall into the plastics, telecommunications equipment, electrical transformers and aluminum categories. They also include parts for computers, autos, steel and iron.

Even items that you may frequently consume have found their way on to the list. Rice wine or sake is subject to these higher levies. So are items like soy sauce, pineapple juice, water chestnuts, jam and peanuts.

It’s a much more consumer-driven list than other tariff rounds, according to Katheryn Russ, a professor at the University of California-Davis who specializes in international trade. When the trade war first began, only about 1 percent of the $50 billion worth of goods on the Trump administration’s initial tariff list were final consumer products, she says, citing a Peterson analysis.

“It was getting hard to avoid putting the tariffs on consumer items” when the Trump administration compiled this list, she says.

But just because firms are forced to pay higher taxes on imports from China, doesn’t always mean it will result in a price increase, says Charlie Ripley, senior investment strategist for Allianz Investment Management. When firms confront higher taxes on their imports, they have a number of options. To avoid hiking prices, firms can shift their supply chains or stock up on inventory. They can also absorb those higher costs.

“They definitely have the potential to increase costs on consumers, but that really ultimately depends on how those costs actually get there,” Ripley says. “Businesses that have to pay increased tariffs, they’re going to have a choice to pass this along to the consumer or not, and that still hasn’t been decided yet. It becomes a business decision.”

But this most recent tariff hike has made it harder for companies to avoid passing higher prices on to consumers, Federal Reserve Bank of Atlanta President Raphael Bostic said in a May 9 speech.

“There is a concern voiced by the business leaders I have talked to that says, if we go up to 25 percent on a broader set of goods, you are going to start to see that passed through into the consumer space,” he said. “The businesses I have talked to have said we are willing to forbear on 10 percent. 25 percent is a whole ‘nother game.”

Retailers have been loading up on products for about a year now in anticipation of tariffs, Gold says. That tactic, however, won’t last forever.

“Some will be able to hold off on price increases for a while,” according to Gold. “But once inventory that came in before the tariffs took effect runs out, retailers will have little choice but to increase prices.”

Smaller companies may find their options limited altogether, Gold says. It’s harder for these firms to be able to afford to absorb higher costs, and they also have less room to negotiate with suppliers.

“They are more vulnerable to price increases, Gold says. “Many have already had to raise prices.”

The items most likely to see price hikes

Among the items most likely to pinch consumers’ wallets are lamps, vinyl floor tile coverings, air conditioning units, televisions, cameras and mattresses, Russ says. These are items in which the U.S. imports a large proportion from China.

“It would be really hard to substitute away from those, to avoid the price hikes,” Russ says.

You could also start to see prices increase on items that complement those subject to a duty, Russ says. This occurred when the Trump administration hit washing machines from nearly all source countries with levies, according to an April research paper from the Becker Friedman Institute for Economics at the University of Chicago. The cost of washing machines increased by 12 percent, and so did the cost of dryers, which weren’t subject to tariffs, the report found.

U.S. producers who aren’t subject to tariffs could even start to take advantage of the trade situation. In the case of washing machines, American manufacturers hiked their prices as well, even though they weren’t facing these duties, Russ says.

“That’s part of the objective of a tariff — to protect producers from foreign competition,” she says. “It’s allowing domestic producers to raise their prices, so that their profit margins increase.”

Altogether, these additional levies will cost about $550 for an average family of three each year, Hufbauer estimates. He calculated this by dividing the direct and indirect costs of tariffs — a total he estimated to be $60 billion — by the total number of U.S. families, 110 million.

What steps should consumers take?

You could start to see prices increase in as few as three weeks, Russ says. That’s when import prices officially start to rise.

Higher tariffs are “only on goods shipped after the new tariffs take effect, so there are a couple more weeks before you would probably see those prices go up on the new shipments,” she says.

If you’re thinking about purchasing an item that could be subject to tariffs, “now is the time,” Gold says.

The situation could soon get even more grim. The Trump administration has already released an additional list of $300 billion worth of products that would also be subject to 25 percent levies. On it are more than 5,000 products, including apparel, footwear, jewelry, cell phones, televisions, food, cookware, car seats, strollers and more. If officials follow through with these threats, virtually all imports from China would be subject to a duty.

Russ estimates that these higher proposed tariffs will cost the typical U.S. household up to $800. Hufbauer, on the other hand, says they will cost an American family of three about $2,200.

Consumers are going to have to shop around for the best deal, if prices do indeed rise, says Mark Hamrick, Bankrate’s senior economic analyst.

“In some cases, they will have multiple options,” he says. “In others, perhaps not so much.”

Hearings for these additional tariffs will take place in June, so that means “it would probably be later in the summer or early fall that you actually see those tariffs go into place,” Russ says. “Conceivably, consumers might go ahead and purchase some of these goods now, anticipating that some of these tariffs might go into place in late summer.”