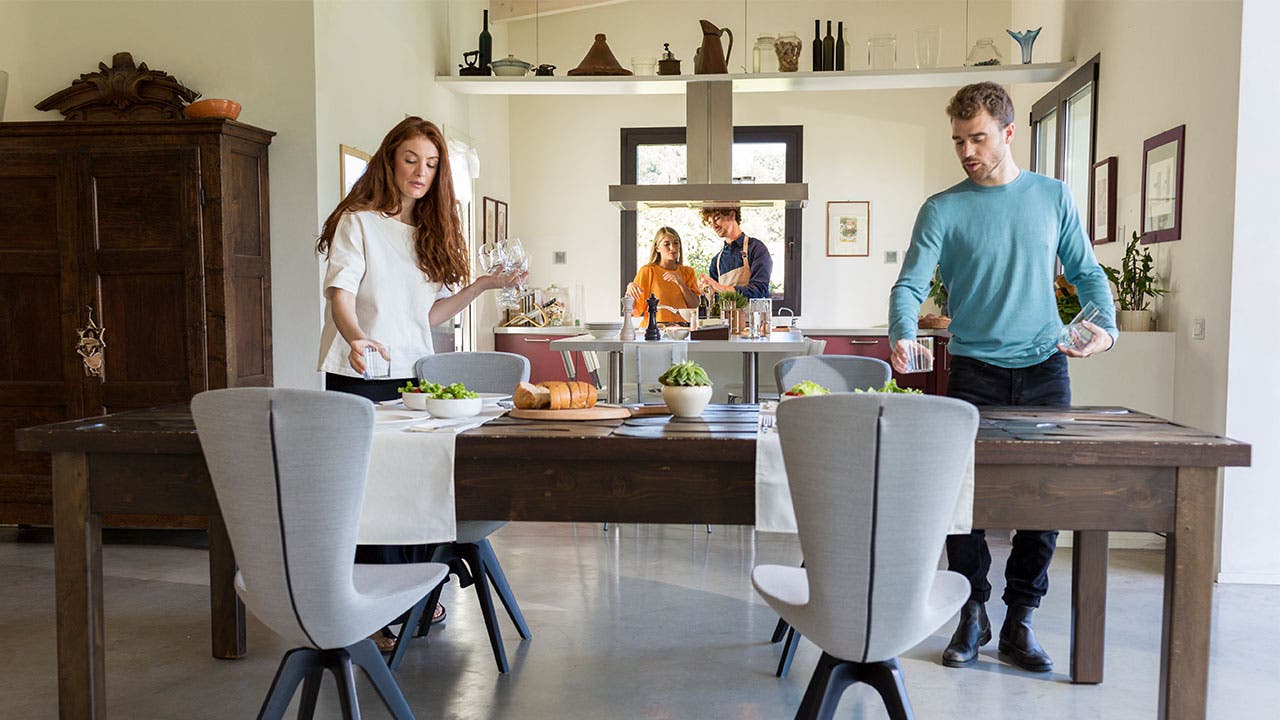 As Americans accumulate debt, they’re also looking for ways to manage it. From balance-transfer credit cards to loan modifications, there are options for people who want to pay off or consolidate what they owe. Rolling student loan debt into your mortgage is one of those options.

The two types of debt most Americans carry are mortgages and student loans. This year, student loan debt climbed to $1.5 trillion, the second-largest consumer debt category after mortgages, at a staggering $9 trillion, according to the Federal Reserve.

Last year, Fannie Mae, which buys and packages most of the mortgages in the U.S. and sells them to investors, added an option for mortgage borrowers with student loans: Student loan cash-out refinance. Borrowers who opt for this pay off their student debt by refinancing their mortgage.

Fannie Mae will waive the loan-level price adjustment that normally applies to these transactions. The cost of price adjustments depends on the borrower’s risk factors, such as credit score and debt-to-income ratio. Some people could pay 1 percent of the loan to get the arrangement.

Paying one loan with another loan is also referred to as debt reshuffling. Although  it might feel good to have one less bill to pay, debt reshuffling is not magic. You still owe the money–you’ve just changed the terms and possibly forfeited protections you might need later, but we’ll get to that in a moment.

“The reality is that with consolidation it feels like you’re making progress,” says Chris Hogan, financial coach and author of Everyday Millionaires. “You’re taking this big chunk of student loan debt and getting rid of it.”

Really, though, you are attaching that debt to your home in place of equity. It’s a move that requires careful consideration.

“The goal of the home is for you to own it,” says Hogan. “What you’re doing is taking the equity out of your home immediately by the size of the student loan debt.”

Using your home as a piggy bank

One benefit of refinancing your mortgage to pay off student debt is that you could reduce the interest you pay. PLUS loans and private student loan borrowers can potentially save more money than those with subsidized federal student loans.

The average interest rate on a fixed rate, 30-year mortgage was 4.41 percent in August 2018 compared with a subsidized loan at 5 percent; direct unsubsidized loans were 7.7 percent and Direct PLUS loans, 8 percent. But keep in mind that student loans tend to be for much shorter terms than 30 years, which means you could fork over a lot more interest to service the debt if you went the full term on the mortgage.

Any potential savings aside, Greenberg, who is a consumer lawyer, warns that the fine print in consolidation documents can be confusing or even misleading.

“I think it’s a bit treacherous for the average consumer. I would worry that there would be something buried in the fine print or some arrangement which ends up costing you a lot more than just working to pay off your student loan separate from your mortgage.”

Greenberg recommends consulting an actuary or an accountant who can help you crunch the numbers to see if it makes financial sense.

“Talk to someone you can trust who can prove to you that you’ll come out better if you roll the student loan into your mortgage. If they can do that, then great. But it would have to be somebody independent from whatever company is refinancing your mortgage,” Greenberg says.

You will lose valuable protection

Rolling student loans into a mortgage means you’ll give up inherent benefits. For instance, if you lose your job you may apply to have your student loans deferred. This means you may either stop making payments or your payments will be reduced. In addition, you won’t be eligible for federal loan forgiveness programs if you roll the student loans into your mortgage.

Direct subsidized loans, Federal Stafford loans and Federal Perkins loans as well as some portions of FFEL and Direct consolidation loans don’t require you to pay interest during deferment.

If you roll your student loans into your home loan, however, you no longer get this perk. If you don’t make your mortgage payments, your home could be foreclosed by the lender.

“There are probably better ways to get your student loan rate down. There are federal loan repayment programs and student-loan refinancing that I would explore before going this route,” says Greenberg.

Your house is on the line

Amortize it over 30 years and the extra amount of the monthly payments falls to $145, but the total interest balloons to $25,179 over the life of the loan.

The extra debt reduces the equity you have in your home so if values decline you could have negative equity, also known as being underwater. This could lead to problems if you want to sell your home.

“I’ve talked to people who couldn’t move because they were underwater. That loan has to be paid off before you sell. Now you might have to pass up a great career opportunity because you owe too much on your house,” Hogan warns.

“If you were to put two choices side-by-side I’m not sure refinancing would be the choice people would make. Be sure to look at the combined loan-to-value (CLTV) ratio you’re locking yourself into if you’re rolling in your student loan debt. That could be a scary proposition, as well,” says Cummings.

There’s no one-size-fits-all formula. For some people, especially those who have a stable income and can pay down debt fast, lowering their student loan interest rate through refinancing makes sense. For others, the benefits of refinancing may be an illusion.