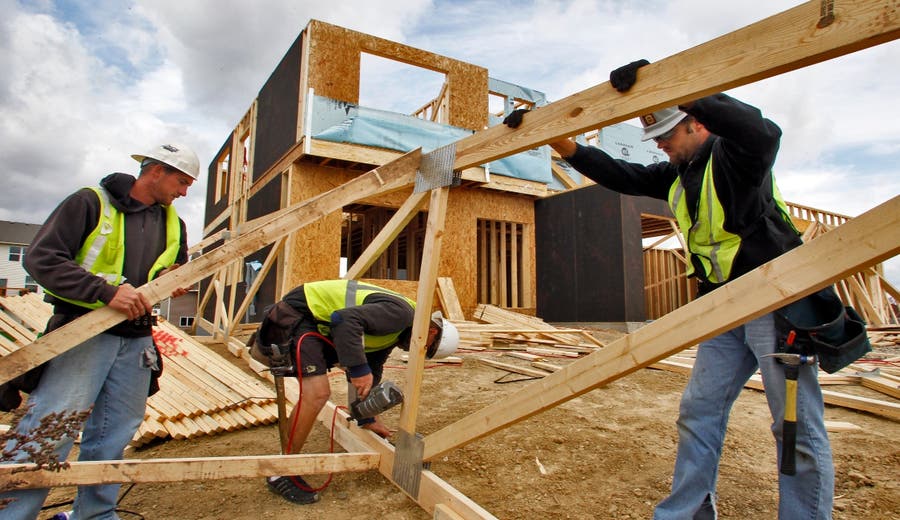 The empty lots in Harold Roundtree’s neighborhood illustrate the stark reality of Northern California’s housing market, a place where houses are both super-expensive to buy and prohibitively difficult to build.

The two lots in Pleasanton have sat vacant since Roundtree moved in about 15 years ago. The median home price in the San Francisco metro area has soared to $1.4 million and East Bay prices have surged past $700,000, yet no builder has succeeded in winning permission to construct homes on the lots.

“People have fought building anything on them,” says Roundtree, head of a Bay Area credit union. “They don’t want any more homes. They want open space.”

Call it a collision of two powerful forces in property development — an intensifying housing shortage, one felt most acutely by younger workers, meets longtime homeowners’ desire for elbow room.

The tensions are common everywhere, but they run especially high in the nation’s most expensive housing markets. In those areas, local building rules often mirror residents’ ambivalence toward new development.

Local regulations are just one piece of the pricing puzzle. Home prices are driven by the economic vitality of a region, and by geographic boundaries that limit new construction.

“There are a lot of reasons homes are unaffordable in the most expensive areas,” says Robert Dietz, chief economist at the National Association of Home Builders. “Some of it is just underlying demand. But regulatory burdens stack on top of that.”

Nationally, about a quarter of the price of a new home goes to various regulatory burdens, Dietz says. In places like the Bay Area, already expensive because of strong demand for housing, regulatory costs can add hundreds of thousands of dollars to the price tag of a new home.

To measure barriers to building in various corners of the country, economists at the University of Pennsylvania and the Harvard Kennedy School created the Wharton Residential Land Use Regulatory Index, a measure of red tape in permitting processes. Such an exercise might sound wonky, but regulations play an important role in home prices, says Joseph Gyourko, a housing economist at the University of Pennsylvania’s Wharton School of Business.

“There’s an artificial, regulation-induced scarcity of land that’s driving up costs,” Gyourko says. “It prices out the middle class, or even the upper middle class.”

The most difficult places to build

Predictably, the San Francisco-Oakland-Hayward region ranked highest on the measure, followed by the New York City-Newark, N.J. metro area. Other places on the hardest-to-build measure were in the Northeast, California and the Pacific Northwest.

Those requirements reduce the number of new homes, Gyourko says, and they guarantee that the homes that receive approval are larger and more expensive.

The easiest places to build

The least restrictive metro areas are St. Louis, Detroit and Cincinnati, all places where the median home price was well below $200,000 as of mid-2020, according to the National Association of Home Builders/Wells Fargo Housing Opportunity Index. The five easiest places to build:

The index isn’t comprehensive. While it includes such small metro areas as Syracuse, New York, and Harrisburg, Pennsylvania, it excludes San Diego, San Jose and Tampa because fewer than 10 municipalities in each of those metro areas responded to Wharton’s questions.

“It’s both cause and effect,” Dietz says.

Drive until you qualify

San Francisco’s unwelcoming response to new construction means that there’s little in the way of large-scale development, despite soaring home prices. “You don’t get surges in building in the Bay Area,” Gyourko says.

“There’s mega-communities going up in Tracy,” Roundtree says. “Instead of spending $1 million, you’re spending $600,000. If you keep going to Stockton, you can get new homes in the high $300s. It’s just a matter of how long you’re willing to stay in your car.”

Roundtree’s neighborhood illustrates the power of the not-in-my-backyard, or NIMBY, opposition to new development. That mindset is mirrored by restrictive local building rules.

“The government is reflective of the people who live nearby,” Dietz says. “NIMBYism is one of those things that run up building costs. Parents are making it more expensive for their own children to buy homes, so they have to move elsewhere.”

It’s an American tradition: Any time a developer proposes a new residential project, neighbors flood the local planning and zoning board to warn about increased traffic and plunging property values. With political sensitivities running high, any changes to local rules are controversial. Here are a few strategies being tested in various parts of the country: