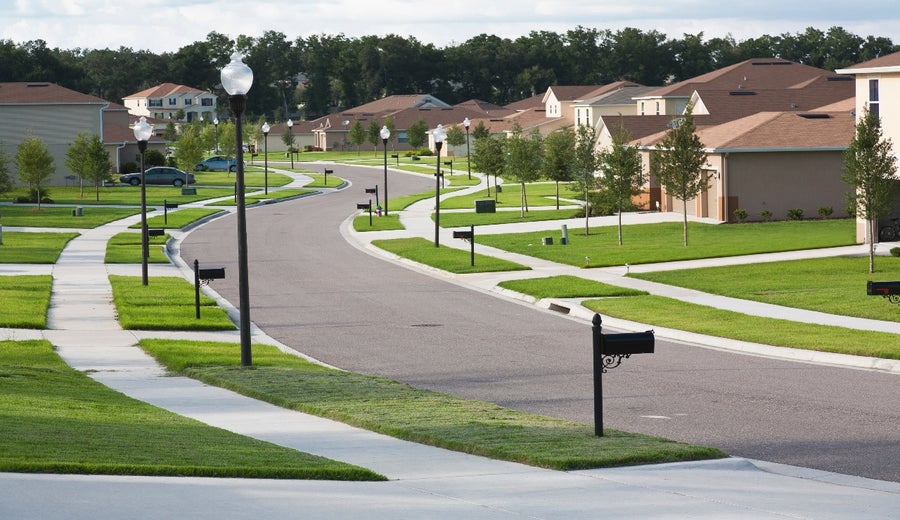 That’s the immediate fallout. This health scare and economic shock might also leave a lasting mark on how Americans buy and sell homes.

The longer the crisis drags on, the more the coronavirus could transform development patterns and buyers’ preferences. Here are five ways the pandemic’s legacy could live on even after the public health threat ebbs:

1. Your next home might be in the ‘burbs, not downtown

However, with COVID-19 claiming a huge toll in urban areas like New York City, density might lose some of its appeal.

“This crisis is the right moment for the world to reconsider the conventional wisdom that denser cities are better cities,” writes Joel Kotkin, a scholar specializing in urban issues at Chapman University in California.

For city dwellers cooped up in tiny apartments for weeks on end, suburban sprawl suddenly seems a viable alternative.

“People who live in the city might be looking to move back to suburbia,” says Alan Rosenbaum, chief executive of GuardHill Financial, a mortgage company based in Manhattan.

New York City has a population density of nearly 28,000 people per square mile, according to the U.S. Census Bureau, making it the nation’s most crowded city. In the pre-pandemic boom, New York’s teeming masses were a selling point. Now, that demographic reality has pivoted from an asset to a liability.

“If you’re in a downtown high rise, it’s hard to socially distance on the elevator, where somebody might cough or sneeze,” says housing economist Brad Hunter, managing director at RCLCO Real Estate Advisors. “On the other hand, in the suburbs, you can pull into your driveway and go straight into your house, and it’s easier to socially distance.”

A move toward telecommuting would play into that trend. If workers keep toiling from home, as they’ve been doing during the pandemic, rather than commuting to downtown offices, living in the suburbs makes more sense.

Some homebuyers might respond to the cocooning instinct by moving to an exurb. Buyers who don’t want wide-open spaces might opt for a compromise, trading a downtown high-rise apartment for a townhouse in a close-in suburb, says Robert Dietz, chief economist at the National Association of Home Builders.

“It gives you that sense of space you maybe don’t have in an apartment community,” Dietz says.

With paychecks shrinking and lenders making it harder to qualify for mortgages, more Americans might find homeownership has drifted out of reach.

A weak economy tends to lower homeownership rates as potential buyers opt to rent rather than take on the hefty financial commitment that accompanies buying a house.

“We’re likely to see wage declines, so the purchasing power of consumers is going to be reduced,” Dietz says.

The U.S. homeownership rate peaked during the housing frenzy leading up to the mortgage meltdown of 2008, when loans were readily available. That rate dropped sharply during the Great Recession before rebounding in recent years.

Even before the coronavirus pandemic, homebuilders were setting aside some new homes for rent, rather than for sale, in their developments. And a new breed of landlords, most notably Invitation Homes, has focused on renting suburban homes to the sort of workers who once became homeowners as soon as they got married or had kids.

Before the coronavirus, most Americans slept at home and then left for work or school. They went to the gym, to the movies, to cafes and bars and restaurants.

Now, people are spending most or all of their time at home — and finding that home suddenly feels a little cramped. A home office just got a lot more important. So did space for working out and storing stuff.

New homes have been shrinking, in part because desirable land has grown scarce, and also because first-home buyers have struggled to afford the big homes that earlier generations took for granted.

“The new homebuyer of the past decade has been the millennial, and one of the things we found was that they were willing to accept a smaller home to get on the ownership ladder,” Dietz says.

For those who have the financial means, owning a second home suddenly looks more appealing. With New York City locked down, wealthy New Yorkers fled to their beach homes in the Hamptons, their cabins in the Poconos or their condos in Florida.

In general, Dietz says, demand for second homes is strongly correlated to the stock market’s performance — an indicator that doesn’t portend a flurry of buyers for second homes.

However, the coronavirus crisis could override the usual forces driving the market for second homes.

In typical times, a wealthy New Yorker who wanted to flee the city could rent a vacation home, snap up an Airbnb or stay at a hotel. The pandemic closed down those options.

“It’s very hard to find rentals out in the country or at the beach,” Rosenbaum says. “People are definitely going to look for a second home.”

5. You’re going to rely more on tech in homebuying process

Even so, a real estate transaction is the ultimate hands-on experience. Before they commit, buyers want to sniff out cat pee, listen for traffic noise and generally immerse themselves in the sights, smells and sounds of their potential new home.

Meanwhile, buyers and sellers typically receive reams of paperwork — state disclosure forms, contracts, mortgage documents. And the process ends at a closing table surrounded by a mountain of paperwork from various participants.

The coronavirus has disrupted business as usual. In-person tours have all but halted.

While no one expects virtual tours to replace physical walk-throughs, the paper-heavy transaction process had been poised for an overhaul. In recent years, many real estate brokers and mortgage companies had moved toward a more virtual process.