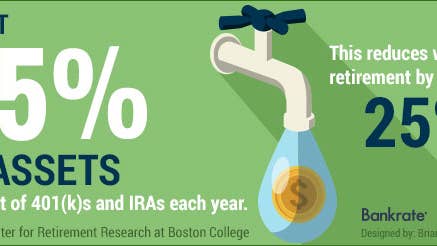 Taking money out of your IRA or 401(k) before you are 59 1/2 is rarely a very good idea. But if you find yourself in certain sticky situations, you can do it without facing the 10 percent penalty normally levied against anyone who is younger than 59 1/2.

Here are rules, with some commentary by Ben Barzideh, wealth advisor at Piershale Financial Group in Crystal Lake, Illinois.

Rules for taking money from your IRA

First-time homebuyers. A first-time homebuyer can take $10,000 from his or her traditional IRA without paying the 10 percent penalty. In the case of a husband and wife, that can add up to $20,000. This is one of the few OK reasons to take money early from an IRA, Barzideh says. “Over time, a home is generally an investment whose value will grow — and you have to pay rent anyway.”

College tuition. If the money is used to pay for college for a spouse, children or grandchildren, the penalty is waived. Even though this sounds like a plausible reason, Barzideh says it is rarely a good idea. “Students can borrow to pay tuition, but you can’t borrow to pay for your retirement.”

Unreimbursed medical expenses. Only the portion that is greater than 10 percent of your adjusted gross income — and deductible from your federal income tax — can be covered by taking money from your IRA. As Barzideh says, “It’s a quirky rule.”

Disability. If you are totally and permanently disabled, then you won’t owe the 10 percent penalty.

IRS taxes due. The IRS has to actually place a levy against your IRA account to get its payment. Voluntary withdrawals don’t count.

Rules for taking money from your 401(k)

Here are four reasonable reasons to borrow from your 401(k).

[Editor’s note: An earlier version of this blog post incorrectly stated that when taking 72(t) distributions, you must take out money for a minimum of five years or until you hit age 59 1/2, whichever comes first. In fact it should have said “whichever comes last.”]