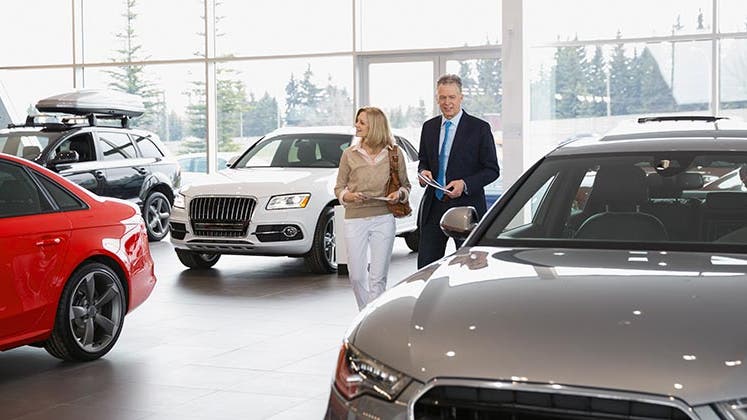 If you plan to get a loan to ​buy a new or used car​, pay close attention to your credit score. Lenders use that critical three-digit number to determine whether you qualify for a loan and the interest rate you’ll pay.

Consumers with high credit scores receive the best rates and terms. But interest rates are on the rise. Credit-reporting bureau Experian’s latest analysis of the automotive finance market shows that the average interest rate on a new car loan is 6.13 percent, marking the first time in 10 years that finance rates have surpassed 6 percent. Bankrate’s interest rate data, though, shows the average 60-month new car loan has hovered around 4.75 percent in 2019.

At the same time, average loan terms for new and used vehicles hit 69 and 64 months, respectively.

With interest rates rising and cars getting more expensive, it’s more important than ever to find the cheapest financing, especially if you’re stretching out your payments over a longer term.

The average credit score needed to buy a car

Borrowers who received financing for a new car in the third quarter had an average credit score of 714. Those who borrowed funds for used cars had an average score of 655.

If your credit score is inferior, you might still qualify for a loan. Nearly 22 percent of car loans in Q4 2018 went to consumers with subprime and deep subprime credit (credit scores of 600 or below). Around 58 percent went to prime and super prime borrowers (scores of 661 and up). The rest went to the nonprime market (scores of 601-660).

Still, subprime and deep subprime borrowers are seeing less of the market share. ​“As for used vehicle financing, subprime has reached near record lows as a percentage of total used (car) financing,” says Melinda Zabritski, Experian’s senior director of automotive finance. “Much of this has been driven by more prime consumers shifting into the used vehicle space.”

Zabritski noted that there is some growth in ​subprime lending for new vehicles. “However, it still represents a very small part of the market,” she says.

Bad credit? How to get a car loan

If you’re a super prime borrower with a credit score of 781 or higher, you can expect to get the lowest rates. In Q4 2018, super prime borrowers paid 4.19 percent on average to finance a new car. Still, that’s more than 1 percent higher than a year ago.

What you can expect to pay

Super prime borrowers financing a new vehicle will pay a little less. If that’s you, and you’re financing a $30,000 loan for 72 months at a rate of 4.19 percent, expect your monthly payment to be about $472.

Deep subprime borrowers can expect to pay around $632, or $160 more per month, for the same loan. And it will cost them a staggering $11,552 more in interest over the life of the loan.

If you fall in the subprime or deep subprime category, you’ll need to take some steps to ​improve your credit score​ if you want to receive the cheapest financing available.

Here are just a few ways to start improving:

Look for the best financing

Once you start ​shopping for auto loans​, get quotes from multiple lenders and aim for the lowest rate possible. Even a small difference in the interest rate can have a significant impact on how much you pay over the life of the loan.

While it’s possible to get a car loan with subprime or deep subprime credit, you’ll be better off if you can hold off buying a vehicle until your credit score improves.

Making a hefty down payment on a vehicle also can alleviate some of the burden of car payments. Overall, prime and super prime borrowers receive the most car loans and the best rates.