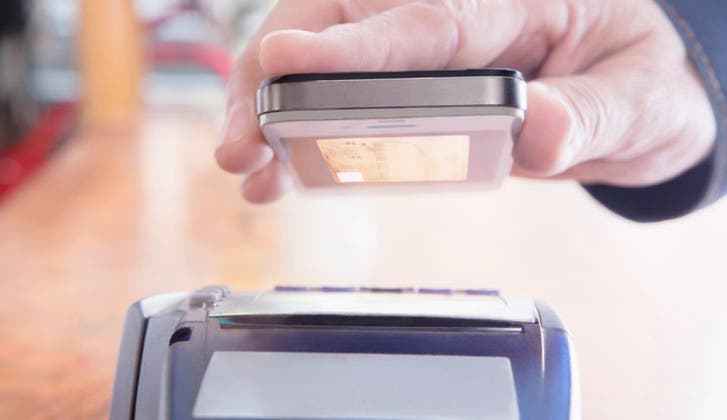 Mobile wallets remain an obscurity — just 13% of Americans indicated they had a digital wallet on their smartphone, according to a 2015 Gallup poll. But they’re popularity as a way to pay is predicted to increase over the next decade.

In fact, Javelin Strategy & Research says mobile wallet transactions are expected to rise to $54 billion in 2019, up from $7.3 billion last year.

Daniel Van Dyke, a mobile analyst with Javelin, says that while cash will always be “ubiquitous and fee-free” more consumers will start carrying credit cards digitally in mobile wallets.

What is a mobile wallet?

This is shorthand for an app that enables payments either online on in-person through a smartphone or other mobile device. Wallets may be for general use — like Apple Pay and Google Wallet — or for use at specific retailers, such as Starbucks.

Consumers may find mobile wallets offer both convenience and benefits over physical wallets, but they’re not without risk, and you need to read the fine print. Here are 4 things you should know.

1. They’re a digital version of your physical wallet

Mobile wallets offer access to debit, credit and loyalty cards through your smartphone. They are the next iteration of self-directed banking and simplified transactions, says Robb Gaynor, chief product officer at the app company Malauzai Software in Austin, Texas.

But, he says, while mobile wallet technology can make transactions “easier and more convenient,” the infrastructure to support them is not in place at most retailers.

“It’s cool, perhaps a novelty, but it’s not necessarily easier or faster than a card at this point in time,” Gaynor says.

2. Most retailers don’t accept them

The Gallup survey revealed that 38% of respondents don’t see any benefits in using mobile wallet technology. But mobile payments aren’t yet widely accepted, either.

It’s not necessarily easier or faster than a card at this point in time.

While Paul Demma, a sales manager from New Orleans, likes the concept of mobile wallets, he says they aren’t practical as a form of payment for everyday shopping.

“I’ve only been able to use it at a Walgreens and just haven’t seen it accepted anywhere else yet,” Demma says.

A mobile wallet transaction needs both a smartphone and a retail point-of-sale terminal that uses near-field communication, or NFC, a wireless connectivity technology that enables devices to communicate. According to the CAN Capital Small Business Health Index, 87% of small businesses were not accepting mobile payments as of mid-2015.

“Many industry experts believe the growth of mobile wallets will be based more on widespread acceptance by retailers, and that’s starting to happen,” says John Rosenfeld, head of Everyday Banking at Providence, Rhode Island-based Citizens Bank.

3. There are dozens of mobile wallets on the market

Google Wallet, Apple Pay and Paypal are the 3 most popular mobile wallets, according to the Gallup poll. Others include Samsung Pay, Square and Venmo.

Michael Carter, chief marketing officer for digital payments firm Prairie Cloudware, says retailers are introducing their own mobile wallets to reduce costs by bypassing card processing fees. More than 16 million consumers use Starbucks’ mobile wallet, and Wal-Mart is expected to start accepting payments through its mobile app in all U.S. stores in 2016.

Carter says the downside is retailer-branded mobile wallets can only be used at that store, and that consumers may be reluctant to “have too many wallets.” He believes banks will become the primary players in the mobile wallet space and that the advent of “single, use-anywhere” wallets will make them more usable.

“Consumers don’t always like banks, but they trust them more with their money (and information) and may be more inclined to use it,” he says.

4. They’re fairly safe, but could pose some risk

More than half of respondents in the Gallup survey said that concern about security was one of the primary reasons they were not likely to use a digital wallet in the next 12 months.

Experts say mobile wallets can be even safer than swipe cards and chip-enabled cards because they use tokenization, a process whereby card numbers are concealed and randomized during transactions, making it more difficult to steal customers’ financial information.

“It is the same technology used (in) mobile banking, and that’s already a very secure environment. You can steal cash and credit cards, but you can’t steal something that is linked to your phone,” Gaynor says.

Nevertheless, as mobile wallet use expands, so, too, will fraud.

According to a 2015 survey by LexisNexis Risk Solutions, mobile devices make up a disproportionate share of annual fraud incurred by retailers and card users. The survey found that while mobile payments account for 14% of transactions of merchants who accept them, they make up 21% of fraud cases.