Tap-and-go: Your guide to contactless payments 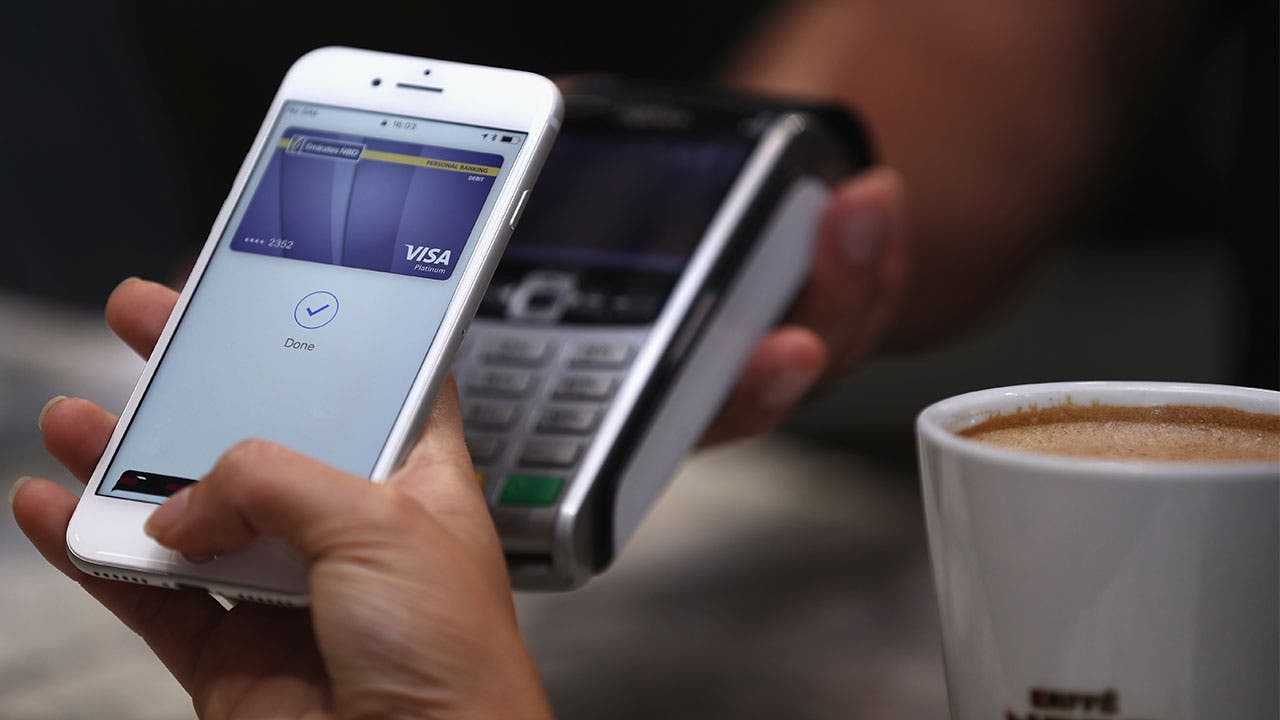 Swipe. Dip. Insert. Tap. There’s no shortage of ways in which we use credit cards to make purchases.

The latest iteration of payment processing, though, may bring us closer to the seamless and secure transaction process that consumers and card issuers alike have been searching for: contactless.

Contactless payment processing isn’t a new concept. Prototypes of the card technology have been around since the mid-2000s and contactless digital wallet payment methods like Apple Pay and Google Pay are available to nearly everyone with a smartphone.

Still, widespread adoption among consumers in the United States has fallen behind countries like Canada, Australia and the United Kingdom. According to a 2019 report by Network Merchants, Inc., just 3 percent of all transactions processed in the U.S. annually are contactless.

But that’s quickly changing, and with ongoing adoption from players across the payments industry, we could be on the brink of embracing tap-and-go technology nationwide.

Contactless payment methods use a technology called near-field communication, or NFC. When you hold a contactless card or mobile wallet within range of a terminal equipped to process it, the necessary information is securely shared via radio frequency, allowing you to complete your transaction in seconds.

In other words, you simply tap your card or mobile device to the card reader and go.

You can tell whether a card is contactless by locating its contactless symbol, which looks similar to a Wi-Fi signal turned sideways. Whether you use a contactless credit or debit card or enable contactless payments through a digital wallet, the process is the same.

And it’s simple. Where you may have been forced to swipe your magnetic stripe card through a terminal multiple times or suffer the sluggish speed of processing a dipped EMV chip, contactless payments live up to their tap-and-go reputation, allowing you to be on your way in seconds.

Wary consumers afraid of risking stolen identities or easily-accessible card information can rest assured knowing contactless is one of the most secure payment methods available.

Contactless transactions undergo a process called tokenization. It’s the same one that’s used when you dip your EMV chip card, and in fact, contactless cards are also EMV-enabled. When you make a payment, instead of your actual, identifying card information being used, a one-time, anonymous token is generated instead, protecting your information.

“It creates a heightened level of security,” says Amy Zirkle, interim CEO of the Electronic Transactions Association. With contactless payments, she adds, “There are so many benefits to be had. It’s safe, simple, secure, sophisticated; it is really the embodiment of the future of what we’re seeing in payments.”

While the U.S. has been slow to adopt contactless payments, experts believe we’re on the cusp of widespread adoption. Not only have consumers shown a willingness to adapt to new payment methods throughout the recent transition to EMV, but many are already familiar with contactless through their digital wallet use.

In addition to consumer education, a perfect storm of merchant capability, issuer rollouts and mass transit integration across the U.S is leading the change.

Merchants have motivation and infrastructure

When merchants acquired terminals equipped to accept EMV chip cards after the 2015 EMV migration, they also equipped themselves to transition to contactless. EMV-enabled point-of-sale terminals have the ability to process contactless payments, but it’s up to merchants to enable the technology.

As of 2018, more than 70 percent of merchants in the U.S. have terminals equipped to process contactless payments, according to a 2018 report by consulting firm A.T. Kearney.

Now, Zirkle says, there’s a focus on “driving the growth and uptick in this frictionless payment device” by educating merchants on the benefits of enabling contactless.

“From the merchant perspective, you can drive people through your lines a lot quicker, so you move customers through with ease and speed and sophistication to make this a really beneficial experience,” she says.

Issuers begin a push towards contactless

“Consumers are starting to receive contactless cards in greater numbers,” says Ted Rossman, industry analyst at Bankrate. He cites the A.T. Kearney report, which projects that at least 56 percent of credit cards used in the U.S. will be contactless within three years.

There are a few remaining holdouts: Barclaycard US, Bank of America and Discover have yet to make the switch to contactless. For a complete overview of cards currently offering contactless capability, see this list from Bankrate’s sister site, The Points Guy.

Even if your card isn’t currently offered in contactless form, you can always use your mobile wallet to test out the technology as well.

One of the most impactful groups leading the adoption of contactless may be commuters.

In one of the biggest moves towards contactless in the U.S. yet, the New York City Metropolitan Transit Authority began accepting contactless payments through mobile or contactless cards last month. You can see Rossman test the ease and functionality of the process himself here.

“In other countries, we’ve seen contactless transit payments lead to much wider usage at other retail locations such as fast food restaurants, grocery stores and pharmacies,” Rossman says. “That’s what happened in the U.K. after London’s subway system went contactless five years ago. Contactless is so fast and easy. When people try it, I think they’ll really like it.”

The speed that contactless payments facilitate aligns with the needs of commuters and transit authorities. “A few weeks in, contactless and mobile payments on NYC subways and buses are vastly exceeding projections, and we’ve only scratched the surface,” Rossman says. And it’s unfolding across the country, too: “The transit systems in Chicago and Portland are already contactless, and many other major cities like Boston and Washington, D.C. are working on it.”

What the future holds

Each of these driving factors is important, but the success of contactless is ultimately in the hands of consumers. And they are the ones who stand to benefit most: tapping a card or mobile device is faster, easier and more secure than other credit card payment options.

It’s likely that we’ll see more consumers adopting contactless in both card and mobile wallet form at a faster pace over the next few months and into 2020.

“Even though progress has been slow in the U.S. – an eMarketer study found only 25 percent of Americans had used mobile payments in the preceding six months – I do think that familiarity with mobile wallets will lead to increased mobile and contactless adoption in the U.S.,” Rossman says.

“I think the latter half of this year will show significant growth and expansion of contactless,” Zirkle says. “Everyone is focused on it. Every significant segment within the payments ecosystem is driving towards the advancement of contactless.”