The Internal Revenue Service (IRS) lets you put money into a traditional IRA and defer taxes on your contribution and any investment gains all through your career. But this situation doesn’t last forever. Eventually, you have to take out minimum amounts annually, known as required minimum distributions, or RMDs, from your account once you reach age 72 or 73. RMDs also apply to employer-sponsored retirement accounts such as 401(k) and 403(b) plans.

Technically, that means the RMD must start being withdrawn no later than April 1 following the year you reach that age.

How much do you need to withdraw? The exact distribution amount changes from year to year and is based on your life expectancy. It is calculated by dividing an account’s year-end value by the estimated remaining years of your lifetime, in a table provided by the IRS.

The table shown below is the Uniform Lifetime Table, the most commonly used of three life-expectancy charts that help retirement account holders figure mandatory distributions. The IRA has other tables for beneficiaries of retirement funds and account holders who have much younger spouses.

How to calculate required minimum distribution for an IRA

If you need further help calculating your RMD, you can also use Bankrate’s required minimum distribution calculator.

RMDs allow the government to tax money that’s been protected in a retirement account, potentially for decades. After such a long period of compounding, the government wants to be sure that it eventually gets its cut in a clear timeframe. However, RMDs do not apply to Roth IRAs, because contributions are made with income that has already been taxed.

Penalty for missing the RMD deadline

Keep in mind that it is your responsibility to ensure you take the full RMD amount by the deadline:

If you haven’t withdrawn the full RMD amount by the deadline, any money not withdrawn was historically taxed at 50 percent, but that rate is now 25 percent thanks to new legislation and can decline to 10 percent if the RMD is corrected in a timely manner. In such cases, the IRA owner must fill out IRS Form 5329. See Part IX of this form for the section regarding the additional tax on excess contributions.

Note that if you feel you’ve missed the deadline for a legitimate reason, you can request a waiver from the IRS. For more information, see the waiver of tax for reasonable cause section of the Form 5329 instructions.

However, RMD rules have changed again, thanks to a spending bill passed at the end of 2022. The law extends the start of RMDs beyond age 72 on a gradual basis moving forward:

— Bankrate’s Brian Baker contributed to an update of this story. 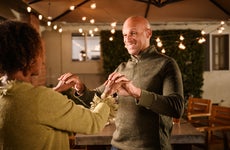 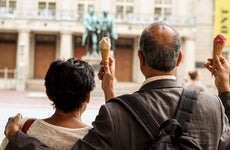