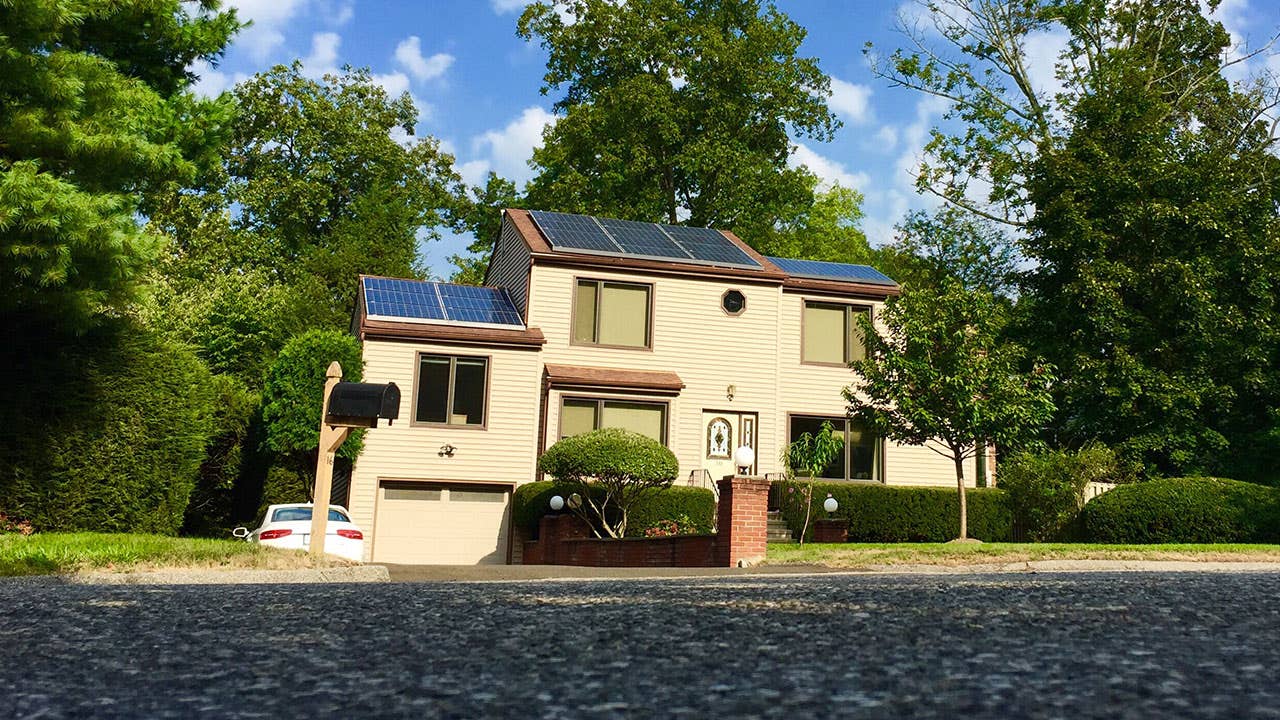 Homeowners considering solar energy might want to make a decision before the end of the year in order to get their full 30 percent tax credit, which is set to phase out. The Solar Investment Tax Credit, or ITC, is available for solar panel systems on both residential and commercial properties. After this year, the tax credit drops to 26 percent for projects that begin construction in 2020 and 22 percent for projects that begin in 2021. After 2021, the residential credit will drop to zero.

Annual solar installation has grown by over 1,600 percent since ITC was enacted in 2006. This is a compound annual growth rate of about 76 percent, according to the Solar Energy Industries Association, or SEIA.

Experts link the generous tax credit with an uptick in solar energy interest and implementation. And some states, like California, are going a step further with rules that require solar systems for new construction.

The California Energy Commission is the first in the country to require new homes to have solar systems starting in 2020. This move will cut energy use in homes by half, the commission said in a statement.

Residential homeowners might add $40 per month to their bills in order to finance a solar system, the California Energy Commission estimates, but they’ll save at least $80 on heating, cooling and lighting bills each month.

“Every year, more people are interested in solar energy,” says Tim Broughton, energy management specialist at AWS Solar in Los Angeles. “One of the big reasons is the tax credit. Another reason is that the cost has come down while energy costs go up. It just makes sense from a financial perspective.”

Home and business owners can save with solar power

Solar power is getting more affordable as electricity costs creep up, which presents a good case for switching over to solar energy.

The cost of one megawatt-hour of solar production plummeted by 86 percent between 2009 and 2017, according to a report by Lazard, a financial advisory and asset management firm headquartered in Bermuda. This made solar less than half the price of coal in 2017. Some insiders are calling this the era of the “coal cost crossover.”

A report released last month by Energy Innovation, a nonpartisan climate policy think tank, states that “local wind and solar could replace approximately 74 percent of the U.S. coal fleet at an immediate savings to customers. By 2025, this number grows to 86 percent of the coal fleet.”

For folks who live in areas that offer compelling incentives — not to mention the federal tax credit — opting for solar could beef up your bank account, while conserving energy.

Although you might end up making monthly payments on a new solar system, you can still save money, especially if you live in a high-cost state. Solar system price tags vary depending on a number of factors such as how many kilowatts you need and where you live in the country.

Generally, consumers will pay around $4 per watt, which means a 5-kilowatt system could cost upwards of $20,000. However, some incentive programs will contribute thousands toward the price of the solar system, so homeowners can end up paying less than half of the full price. Rhode Island, North Carolina, Connecticut and New Hampshire are among the states with some of the best incentive programs; whereas Arkansas, Hawaii and Idaho are among the least generous.

If you take the federal tax credit on a $25,000 solar system this year, you’ll knock off another $7,500. The systems last about 25 years and often come with 30-year warranties, so buyers can think of them as long-term investments.

But before you make the switch, be sure solar energy makes sense for your circumstances. Typically, solar panels need at least four hours of peak sunlight. Peak sunlight is defined as intensity of the sun; one peak sun hour produces 1,000 watts of photovoltaic power per square meter. The closer you are to the equator the more peak sunlight you get. Peak sunlight also increases in the summertime.

States like Florida, California, Arizona and Nevada all get more than five hours of peak sunlight per day; whereas Washington, West Virginia and Illinois get less than four peak sunlight hours per day. This can affect the energy output. So, depending on where you live, you might need to rely on a mix of solar and natural gas or the payback for a solar system may not make sense financially.

However, even in states with little sunshine or overcast skies, solar power can make a dent in both your monthly expenses and greenhouse gas emissions. Other things like the pitch of your roof, elevation and shading can also impact your solar potential. The National Renewable Energy Laboratory created a calculator, called PVWatts, that can estimate your energy production and the cost of energy of grid-connected solar photovoltaic or PV systems based on your home address.

This is a good starting point, but you’ll still want to talk to a solar panel expert about your individual circumstances.

When Tony Subraj, vice president at Zara Realty Holden Corporation in New York decided to outfit all 45 of his buildings with solar systems, he weighed the financial impact with the environmental one.

Although the upfront investment was significant, Subraj says that he felt it was his responsibility to minimize the carbon footprint his multi-family properties, which includes 5,000 residential units, have on the environment.

“Over the last two years we were able to convert our buildings to solar power. We did an analysis and found that we emit 2,876,000 million kilowatt hours of greenhouse gas emissions, which is the equivalent of 436 cars per year,” Subraj says.

New York’s solar incentive programs helped Subraj reduce the cost of converting his buildings, he says. Programs like the Megawatt Block Incentive Structure, the NY-Sun Initiative and Reforming the Energy Vision (REV) were all designed to move New York away from fossil fuels toward renewable energy.

Not only does solar energy lessen greenhouse gas emissions, it also reduces pollutants in the air, such as sulfur dioxide, which can contribute to health problems.

How to pay for solar systems

Homeowners can pay for solar with cash, credit cards or financing. There are also solar lease options available, some even include no-money-down programs. However, you wouldn’t qualify for rebates or tax breaks if you lease the solar panels; those incentives go to the owner of the system.

For homeowners who are eligible to refinance into a lower, fixed-rate mortgage, a cash-out refinance might be a low-cost way to pay for a solar system, provided you can afford the monthly mortgage payments.

Finally, if you decide to make the clean-energy switch, be sure to look out for any federal, state and county-wide incentive programs, which could save you thousands of dollars.