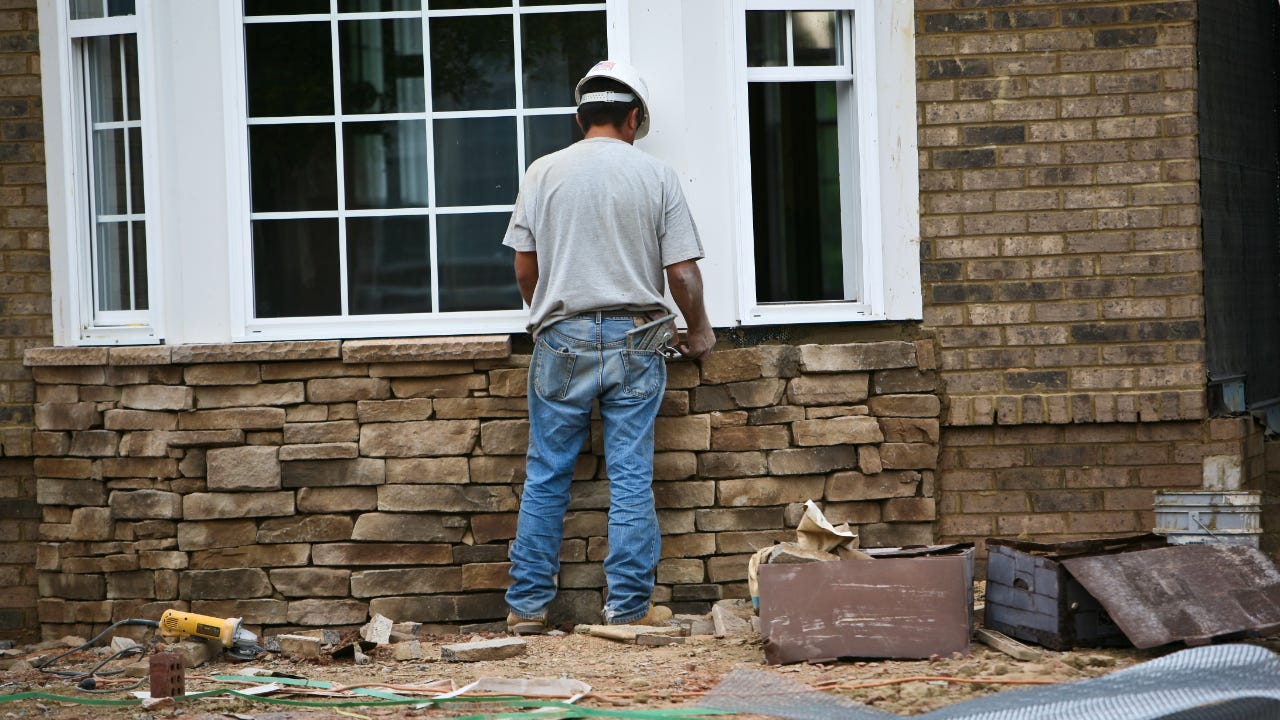 I’m breaking the fourth wall right off the bat here to say that I have a little personal experience with this topic. My dad is an independent residential electrician on Long Island, New York, so I’ve been around the building trades my whole life. For as long as I can remember, I’ve been hearing things like “there are no kids on these job sites anymore,” and more recently, “even in my 60s, I’m the youngest person on the job.” (He’s not nearly as curmudgeonly as I’m making him sound, I promise.)

But he’s not wrong, either. Labor shortages in the building trades are a well-documented issue. The Bureau of Labor Statistics (BLS) reported that as of April there were 357,000 unfilled construction jobs. Some experts believe that could be a significant undercount because BLS bases its numbers on payroll data, and many contractors are self-employed, so they don’t maintain a payroll roster. NAHB estimated that as of 2019, 2.4 million construction workers — roughly 22 percent of the labor force, a record low rate for the industry — were self-employed.

With coronavirus encouraging more homeowners to take on remodeling projects and shifting homebuyer tastes in the real estate market, the homebuilding industry is under particular pressure with such a depleted labor force. While stakeholders across the industry are working to address the ebbing tide of craftspeople, the longstanding trend of hands-on jobs struggling to attract new entrants is a difficult one to reverse.

There’s no single, easy-to-pin-down cause of the labor shortage in construction. Most industry watchers, however, said that there are two major factors that — although they don’t explain the trend entirely — are major contributors to the employment gap.

The first is how construction jobs are perceived in our increasingly high-tech world.

“It’s been an issue for decades, trying to attract enough people into the industry,” said Paul Emrath, vice president for survey and housing policy research at the National Association of Home Builders (NAHB).

Many parents encourage their children to pursue white collar jobs over concerns about what construction work might entail.

“We spent a generation or two, a couple decades at least, suggesting that — or at least the perception is — it’s not a good career path,” said Ed Brady, president of Home Builders Institute (HBI). “We, as a society, were steering young people to four-year universities to get their degrees.”

The other key factor that turns people off from construction jobs is the cyclical nature of the industry.

The result is that more contractors are leaving the field than are joining it.

“We’re losing five to every two new tradespeople into the industry,” Brady said.

What does the shortage mean for homeowners and buyers?

This trend is bad news for consumers, because it generally translates to higher prices.

“It definitely can drive up the price of the house because it extends the time of completion for it to go on the market,” said Greg Zick, assistant vice president for workforce development at NAHB.

“We’re losing that craftsman, that plumber who can rough in a house in two days because they’ve been doing it for 30 years. Now we’re bringing in someone new and they’re going to take five days instead,” Brady added. More time means a higher price tag, which is only compounded by rising material costs.

“What it looks like on the ground is 10 years ago, as a builder, I was paying $2.50 to my framing carpenter to frame a house. Now that’s probably costing $7 per square foot,” he said, noting that increase far outpaced inflation.

Of course, soaring lumber prices may also account for part of the rising price tag for framing, but costs are going up for projects involving all kinds of trades and materials.

Although builders have made some employment gains since the lows of the Great Recession, the overall trend for the workforce points downward.

“I see very little prospect for improvement in the short run,” Emrath said.

Rising construction costs have a knock-on effect that can drive people out of the housing market, too. Higher costs to build mean higher prices to buy, and NAHB estimated in February that a $1,000 increase in the median home price would knock 153,967 households out of the market, because they would not be able to qualify for a large enough mortgage at those higher prices, even with ultra-low interest rates.

How can the shortage be addressed?

The key thing, Zick said, is changing how people view the trades.

Both NAHB and HBI invest significant resources into promoting the building trades, educating people about related career paths and training prospective workers with the necessary skills.

“The mistake I fear we’ll make is, when it slows down, we’ll stop investing in the workforce,” Brady said.

Diversity is another major concern in the construction industry, where more than 90 percent of employees are men and a large portion are white. Recruiting more women and minorities is a priority for both organizations, which see doing so as key to making the workforce they represent more sustainable.

Brady said the business model for construction companies may also have to change as younger employees come to expect more benefits and job security.

“It’s a self-fulfilling prophecy of the industry that has created this transient workforce,” he said. “We’re going to have to start looking at providing health insurance, providing benefits and providing them with a career path that allows them to grow.”

Zick added that helping people understand they can own their own business can be key to attracting those who are turned off by the idea of a desk job.

“People like to work with their hands. It’s the wording of things. People like ‘craftsmanship,’” he said.

“We’re slowly changing the perception that this is not a good career path,” Brady added. “It is, in fact, a good paying job. It is a path that can take you into entrepreneurship and create wealth.”

There’s no quick fix to the labor shortage in the building industry, but advocates are cautiously optimistic that the trend is reversible. Encouraging more young people to join the trades is key, which will involve changing the national mindset around four-year degrees.

In the meantime, prices for consumers are likely to keep going up as the workforce continues to incrementally shrink.