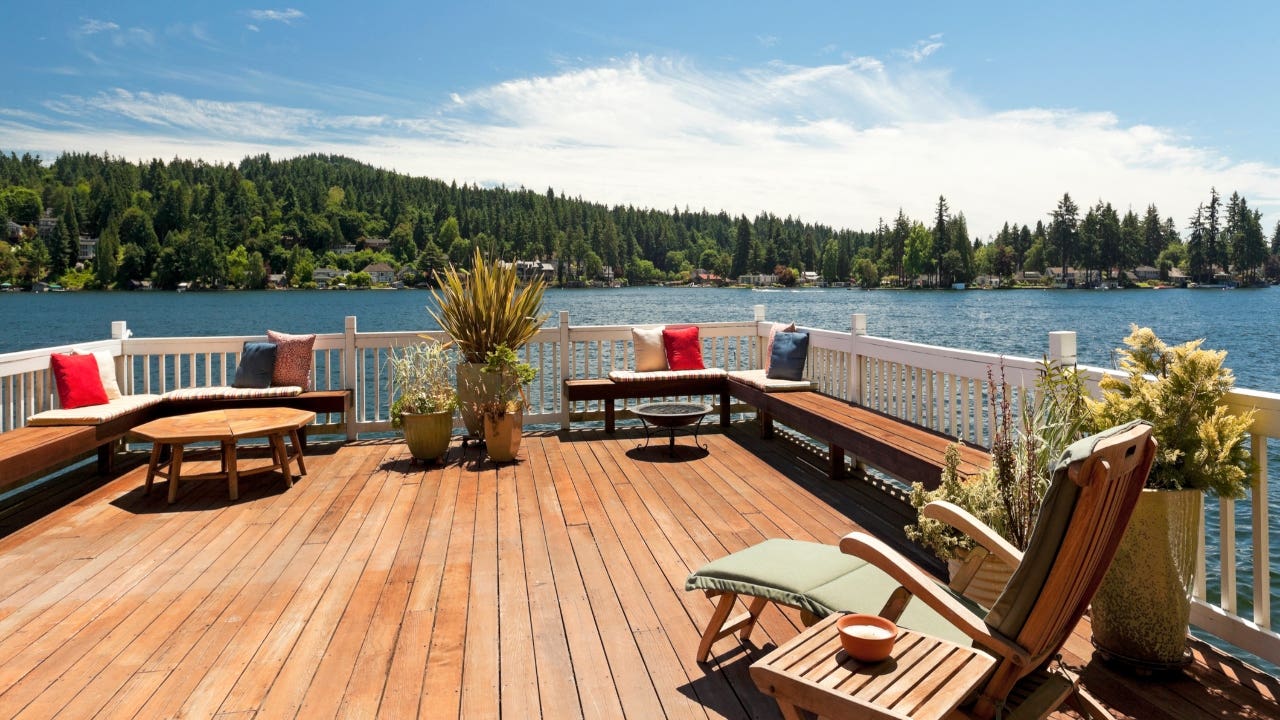 Marianne Dawson’s connections in Tampa run deep. For years, she worked in hospitality in bustling Ybor City — a historic district known for its cigars, Cuban sandwiches and bars that line 7th Avenue, while living in a chic bungalow in Seminole Heights, a hotbed for artists, independently owned restaurants, breweries and bars. She couldn’t leave her house without bumping into someone she knew, prompting her husband to dub her “the Mayor of Tampa.”

She was happy where she was until she visited a friend in the country, about 30 miles north of Tampa.

“From the moment I got there, I felt a sense of freedom. There was so much space and no neighbors to judge you. You can literally walk outside in your underwear and it doesn’t matter,” Dawson says. “I couldn’t stop thinking about the country and how restricting city life can be. My husband said if I could find something we could afford, then he’d be open to moving. I ended up finding a place on a little more than an acre of land in Plant City. Within minutes of being there, we knew it was for us.”

Dawson is not alone. Homebuyers across the nation are swapping city life for the great outdoors, as recent data shows.

Since COVID-19 struck, the number of people buying in less densely populated areas has risen. From May 18 through June 15, home purchase mortgage rate locks in non-urban areas increased 36 percent year over year, according to data from American Enterprise Institute’s latest Housing Market Nowcast.

The least-dense ZIP codes grew at almost twice the rate of the densest ones, with major metros like New York, Los Angeles, San Francisco and Washington, D.C., experiencing the same pattern of homebuyers moving to areas within the city that have fewer people.

“When you get in the big metros there are places that are very dense and there are also very rural areas. The least-dense ZIP codes are doing much better,” says Edward J. Pinto, director at the AEI Housing Center.

This trend also appears in the latest data from the National Association of Realtors weekly report, which shows that condo sales are down, signaling a trend away from urban areas where these dwellings are popular.

“Relatively better performance of single-family homes in relation to multifamily condominium properties clearly suggest migration from the city centers to the suburbs,” said Lawrence Yun, chief economist at NAR, in a statement. “After witnessing several consecutive years of urban revival, the new trend looks to be in the suburbs as more companies allow greater flexibility to work from home.”

Although there’s no hard data on why people are choosing space over access to restaurants and other urban amenities, Pinto says they’re likely drawn for a few reasons:

Dawson says she’s happy to be riding out the pandemic in Plant City, farmland known for its strawberries, rather than in a busy neighborhood. The land Dawson bought was once owned by a horticulturist, so it’s abundant with native plants, which attracts a kaleidoscope of butterflies.

“The coronavirus put a lot of things in perspective,” she says. “We’re paying off our debt. We want to live more simply. And if we have to be trapped somewhere, it might as well be paradise. My son loves it out here. It just feels good to be in nature.”

Across the country in Los Angeles, Sophie Hard, a cosmetic and paramedical tattoo artist, said if it weren’t for the coronavirus putting her life on hold, she would never be moving to Austin, Texas, in September. The longtime Angeleno said it took a pandemic to realize that she didn’t need a major metro like L.A. to make her happy and that she wouldn’t be able to get ahead if she stayed there.

“I’ve been so attached to improv in L.A., my friend group and my work, I didn’t think I could get this vibe anywhere else. COVID happened and everything stopped. I couldn’t work. I couldn’t see friends. I couldn’t do improv. And I realized I was OK,” Hard says. “This coincided with reading a book called ‘Smart Women Finish Rich.’ One of the things it tells you to do is talk with your financial adviser about your goals. My accountant basically told me if I want to build wealth I should move.”

Hard began to focus on Austin after a neighbor decided to move there. She found a theater there that she liked, homes that were affordable and enough swimming holes to make up for the mountains she would be losing. This wasn’t just a lightbulb moment, Hard says; it was like the sun finally started shining.

Hard pays $2,300 per month for a 600-square-foot apartment in Frogtown, an artsy enclave near Dodger Stadium. Rent in Los Angeles has been on the rise over the past 10 years, only seeing a slight break since the pandemic. In contrast, mortgage payments on a $315,000 home with a 30-year fixed rate of 3.5 percent would cost $1,414 per month (that’s without a down payment and doesn’t include property taxes).

A USDA loan can be an attractive option for homebuyers in rural areas. Some of the major benefits of USDA loans include:

Borrowers are required to live in the home and must not exceed certain income limits. For example, in Los Angeles county the maximum a one- to four-person household can earn is $131,100.

The property must also be located within a designated area. Keep in mind, there are many definitions for “rural,” so it’s a good idea to check to see if the property you’re interested in qualifies.

There are several first-time homebuyer programs available. Also, don’t let the term “first-time” homebuyer fool you: Repeat buyers qualify for most of these programs.