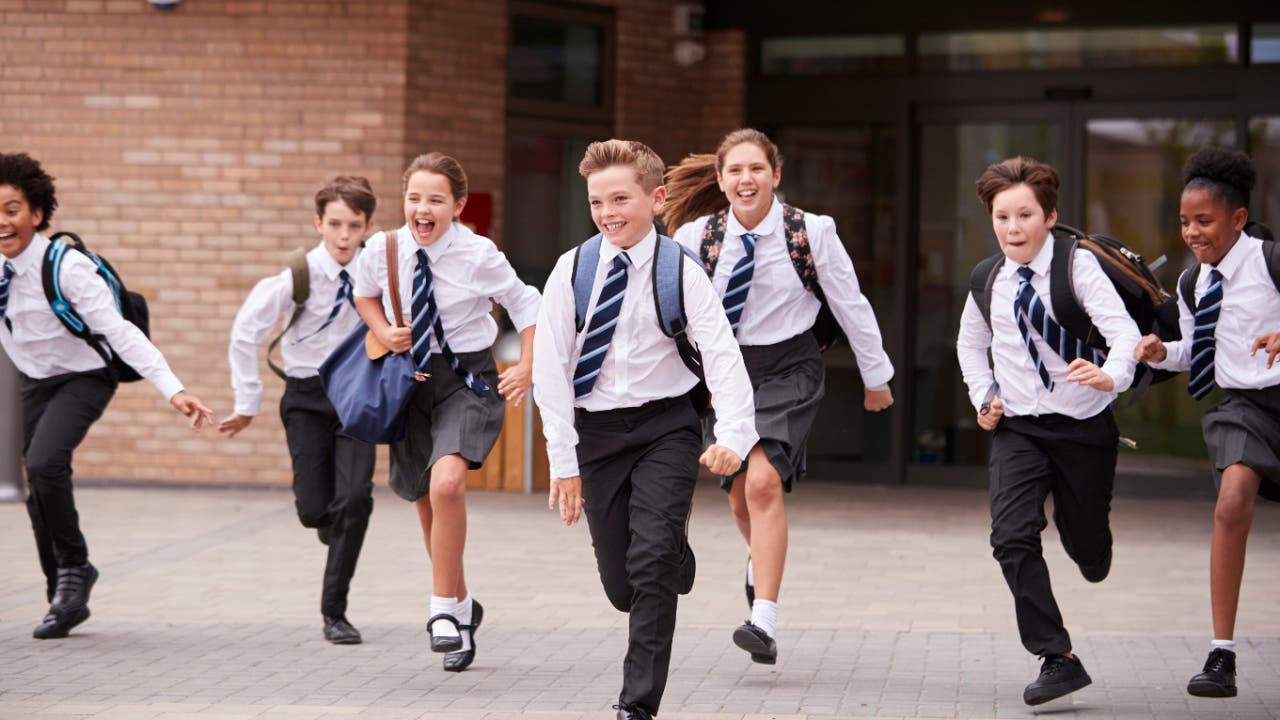 Raising a child is expensive — there’s just no way around it. The average annual cost was around $14,000, according to a 2017 report from the U.S. Department of Agriculture, and the figure continues to rise. That’s why it’s great when you can turn to various types of financial tips or tricks – such as special tax breaks or legal loopholes – to reduce that burden further, especially for a huge additional cost such as sending your son or daughter to private school.

Fortunately, parents and other relatives do have some options that can help offset the cost of private school tuition. These include some non-traditional sources, as well as programs specifically designed to help pay tuition bills. The earlier you begin utilizing these options, the more advantage they’ll offer you, especially by allowing your money to compound over time.

Here are five options that can help you save for private school tuition.

While 529 plans were originally created to pay for qualified college expenses, they’re now also available to pay for private school tuition as well, due to the recent changes from the Tax Cuts and Jobs Act of 2017 that permits 529 plans to be used to pay qualified tuition expenses for students from kindergarten through high school.

A 529 plan is a state-sponsored savings account that allows anyone to save for an education. The plans allow you to contribute after-tax money to a tax-deferred account. You can then withdraw the money without taxes for any qualified educational expenses. The accounts can also invest in higher-return assets such as stocks, helping to amass more money.

The plans differ from state to state. And while you’re permitted to join a plan from any state, it pays to check if your home state might offer any special tax benefits for state residents.

If there’s a downside to using a 529 plan for a primary or secondary education, it’s that the money might not have much time to compound, especially if you take distributions as early as kindergarten.

But whether you use the plan for private school or not, it’s critical that you follow the state’s plans and rules precisely, lest you be hit with penalties and taxes.

So you haven’t spent years and years building your 529 plan? After all, it’s only five years or less from birth to kindergarten, and that’s not a lot of time to build a bundle to pay for school if you have to start shelling out then. But it might not matter – you can often still take advantage of 529 plans to get an immediate tax break in states that offer it.

“It’s important to note this loophole is not available in every state,” says Wood. “Of the 30 states that offer a tax deduction, four states have rules that would prohibit this loophole.”

Wood strongly cautions parents to check on their own state’s laws. “Not knowing the rules of your state can be a costly mistake. You might be missing out on potential tax benefits or get hit with a penalty you weren’t expecting,” she says.

Parents can derive some tax advantages from custodial accounts established through the Uniform Gifts to Minors Act (UGMA) and the Uniform Transfers to Minors Act (UTMA). These accounts allow adults to transfer assets to a minor, who then pay a reduced tax rate on some earnings in the account. These accounts are sometimes used for college tuition, though they’re also available for private school tuition.

Accounts that have taxable income below $2,100 do not have a tax liability, though tax rates rise quickly from there. Rates go as high as 37 percent for income over $12,500.

But the accounts do offer more latitude than other options. “One major benefit is that funds from UTMA accounts can be used more flexibly for non-educational expenses,” says Collins.

4. Get started early with a Roth IRA

“It will be tough to match the simplicity of the 529 with the amount you can front load into them,” says Bryan Ward, chief investment officer at ProCore Advisors. “But other options that may be suitable include a Roth IRA.”

While Roth IRAs are typically used for retirement planning, they are surprisingly flexible, in part because they allow you to take out contributions tax-free, as long as the account has been open for at least five years. Their biggest benefit, however, is the ability to contribute after-tax money and then never have to pay taxes again on qualified withdrawals during retirement.

Roth IRAs are limited to an annual contribution limit of $6,000 in 2019, though that number tends to rise every few years. But the advantage here is that parents have the possibility to save even before their child is born, giving money in the account a lot more time to compound tax-free.

Those wanting to withdraw any profits from a Roth IRA – the money grown from your contributions – will want to be wary if they do so for elementary and secondary education.

The Roth IRA only allows you to withdraw this growth for specifically approved reasons, and “one of those is college expenses, but not private primary school,” says Ward.

But those thinking about using their retirement funds to fund education should carefully consider the consequences for their own retirement, if they’re unable to fund their own needs.

[READ: 529 plan vs. Roth IRA: Here’s how families can use both to save for college]

If you’ve run out of other options, then you’ll have to fall back to a plain vanilla taxable account, which offers no special benefits and will hit you with taxes annually on any realized gains such as capital gains, interest or dividends.

In this case, you might consider selecting more aggressive investments such as stocks if you have at least five years to invest the money. One tax advantage from owning stocks is that you won’t be liable for capital gains taxes until you actually sell the stock and realize the gain. So if you can let the money ride for years until you need it, you can defer the taxable gain.

[READ: How to buy stocks]

Regardless of which path you take to fund your child’s education, it’s smart to begin as soon as possible. That allows you to take the most advantage of all the possible options, but more importantly it allows your money more time to compound, letting your money earn money. Still, it’s a nice bonus if you can add special tax breaks in addition to doing right by your child.