Losing a job in a bad market

Getting a pink slip in today’s job market is like being evicted from your home in a hurricane. The horrific head winds facing job seekers today will make finding shelter with a new employer all the harder.

The difficult labor market isn’t lost on Americans. In The Conference Board’s most recent Consumer Confidence Index, 44.1 percent of Americans said jobs are “hard to get,” while only 5.1 percent said they were “plentiful.”

In Bankrate’s August Financial Security Index poll, nearly a third of Americans said they felt less secure in their job than a year ago.

“Companies right now are going as lean and mean as they can,” says Linda Rolie, author of “Getting Back to Work: Everything You Need to Bounce Back and Get a Job After a Layoff.” “They have absolutely stripped out all the fluff. Anything that’s not totally pushing the coal or creating revenue or finding significant value for the company is getting stripped down.”

While it’s not always possible to know when you’re about to be laid off or fired, here are some telltale signs that can help you prepare for, and possibly head off, a job loss. 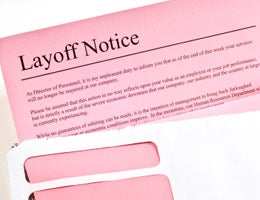 Layoffs are especially likely when employers’ costs are heavily weighted toward human resources, because that’s where they have room to cut costs.

“Employers have significantly different amounts of their total expense that are comprised of labor costs,” says Steve Kane, managing director of HumanResourcesExpert.com and retired human resources executive. “If 70 percent or 80 percent of their costs are related to staffing and things aren’t going too well, they don’t have a lot of choice.”

How to fight back: Acquiring a diverse set of skills and performing a variety of different roles at your company can keep the target off your back when it’s time to make cutbacks, Rolie says.

“If it’s between two equally qualified employees, it comes down to who’s more likable and getting along with others or doing some of those extra chores, duties or technological components that others don’t want to do,” Rolie says. “Look for ways to strategically snatch up a couple of niches that you enjoy and are good at.”

A merger or acquisition occurs 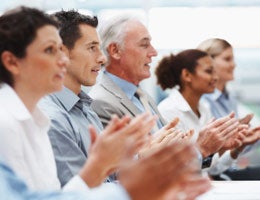 “There (are) just so many duplicate positions. There (are) only so many (human resources) people a company needs (for example),” Rolie says.

That’s because they typically create redundancies on the payroll, with two or more people fulfilling essentially the same role at both companies having to compete for that role within the new organization created by the merger or acquisition.

Typically, that’s a battle won by whoever works for the company that came out on top in the merger or was the acquirer rather than the acquisition, she says.

Middle management is especially susceptible to cutbacks resulting from mergers and acquisitions because managers often perform similar duties and can be easily consolidated.

How to fight back: If your company is being absorbed or reorganized, one of the most important things to learn about new managers is how they measure employee performance, Kane says.

“However the employer defines performance in your particular role is the key,” he says. “You have to count performance the way your employer wants to count it, not the way you think it ought to be counted.”

Doing that successfully can help you stand out to new bosses and keep your place in the company, he says.

A noticeable change in your boss’ behavior toward you 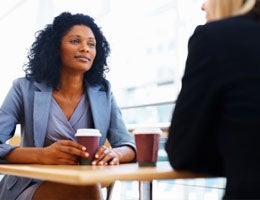 Bosses are people, too, and many of them aren’t gifted with a strong poker face.

Watching your boss’ behavior, especially when he or she is interacting with you, can tell you a lot about how secure your job is, Kane says.

How to fight back: Of course, it’s better if you and your boss maintain a good relationship, but if you sense some social weirdness from your boss, the best thing to do is to step up your game at work, Kane says. Regardless of how they feel about you as a person, the No. 1 metric bosses use to decide who to keep and who to let go is job performance, he says.

“There are a lot of managers who don’t necessarily have a good personal relationship with a person one or two levels down, but if they’re producing, they’re not going to cut off their nose to spite their face,” Kane says. 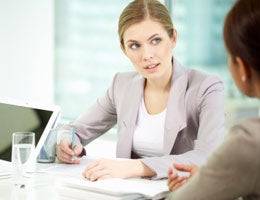 If a manager is looking to let you go, they’ll want to perform some legal due diligence, including reviewing key documents related to your work, such as important documents you’ve produced, application materials or your employment agreement.

Employers who aren’t great at holding onto paperwork may end up having to ask you for one or more of these documents. If they do, that’s a red flag, Kane says.

How to fight back: By the time an employer is legally vetting your dismissal, your job is probably as good as lost. Rolie says if you’re fairly sure your days at a particular job are numbered, working on your resume and reaching out to contacts at other companies to see who’s hiring before you’re let go can help you get your next job.

“Prepare for your job search early,” says Rolie. “The average job seeker takes at least four months once you’ve got your resume, your cover letter and references document done. It’s going to take at least three and sometimes seven interviews.”

Being kept out of the loop by co-workers or clients 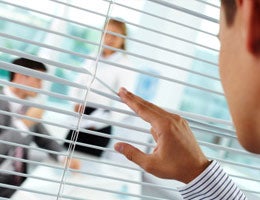 If you find yourself left out of critical conference calls, emails, meetings and project assignments, it can be an indication your manager is preparing to let you go, says Kane.

How to fight back: Sometimes good job performance isn’t enough if the people you work with aren’t aware of it. Making sure clients, bosses and co-workers know what you bring to the table can help you avoid being cut out the loop and ultimately save your job, says Kane.

“Do your customers, your clients, your co-workers, and obviously your boss, respect what you do and how you do it?” Kane says. “If they don’t, you’re in trouble. No matter how many widgets you produce, if they don’t have the respect for you, then you’re vulnerable.”

Delays and disruptions in workplace cycles 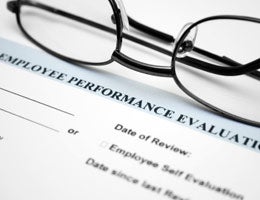 Changes in the regular rhythms of how your workplace operates that put you out of step with your co-workers are a dead giveaway management is considering letting you go, Kane says.

A classic example is a disruption in the timing of performance reviews that seems to apply only to you, Kane says. Often, companies will try to avoid doing a performance review if they’re considering terminating an individual because a positive review could give employees ammunition in a wrongful termination suit. Getting a performance review earlier than your co-workers also can be a bad sign, as the company may be trying to build a case against you as a worker, he says.

Employees on the bubble also may see raises or bonuses delayed by employers to save money and to avoid giving any overt sign your performance is satisfactory.

How to fight back: Don’t wait for a performance review. Instead, ask your supervisor regularly for honest feedback on your job performance, Kane says. Not only will that make it tougher to justify letting you go, but it may address whatever problem an employer might have with you in the first place.