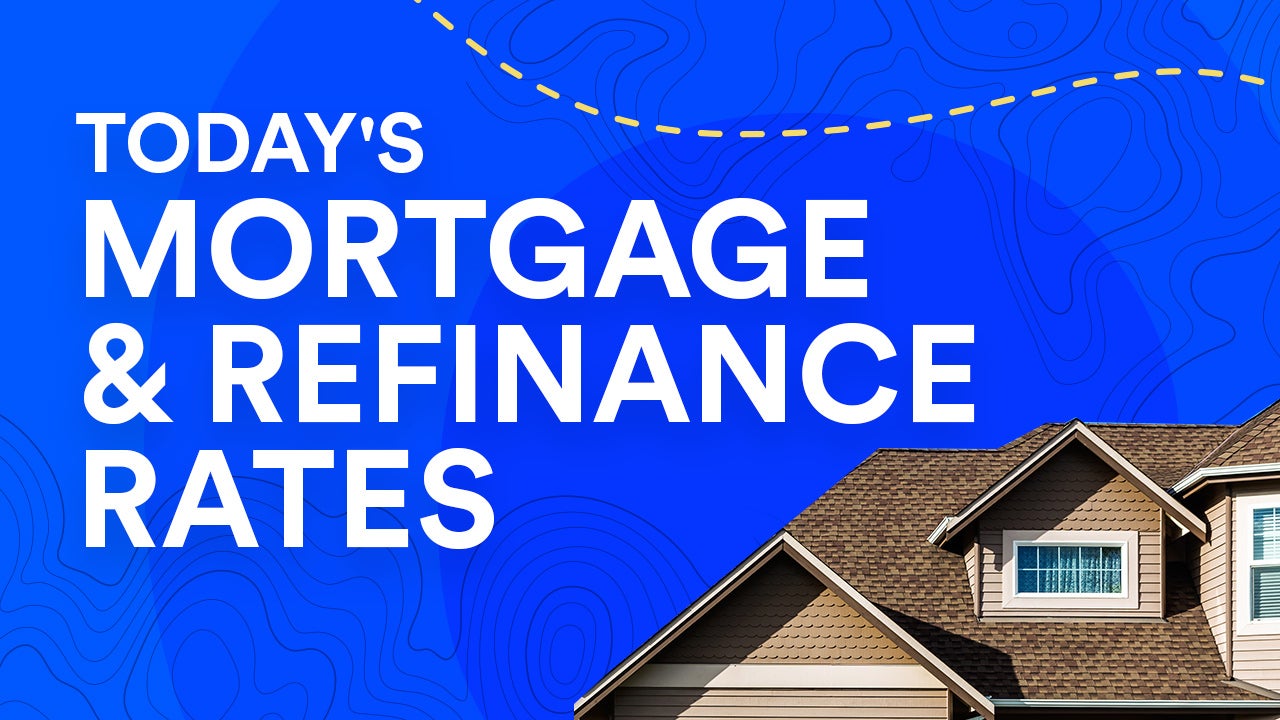 Mortgage rates were mostly down compared to a week ago, according to data compiled by Bankrate. Rates for 30-year fixed, 15-year fixed and jumbo loans decreased, while rates for adjustable rate mortgages remained flat.

Mortgage rates have been on a wild ride as of late, with the 30-year fixed briefly reaching 6 percent as the Federal Reserve cracks down on inflation. The rate chart could continue to look choppy — the Fed’s rate-raising stance against inflation also could lead to a recession, and that could cause mortgage rates to retreat.

The central bank raised rates again at its July 27 meeting. The one-two punch of consecutive rate increases of three-quarters of a point are likely to cool the economy. “The cumulative effect of this sharp rise in rates has cooled the housing market and caused the economy to start slowing, but hasn’t done much to lower inflation,” says Greg McBride, CFA, Bankrate chief financial analyst.

The rates listed above are averages based on the assumptions shown here. Actual rates listed across the site may vary. This story has been reviewed by in-house editor Bill McGuire. All rate data accurate as of Thursday, August 4th, 2022 at 7:30 a.m.

“All too often, some homeowners take the path of least resistance when seeking a mortgage, in part because the process of buying a home can be stressful, complicated and time-consuming,” says Mark Hamrick, Bankrate senior economic analyst. “But when we’re talking about the potential of saving a lot of money, seeking the best deal on a mortgage has an excellent return on investment. Why leave that money on the table when all it takes is a bit more effort to shop around for the best rate, or lowest cost, on a mortgage?”

At the current average rate, you’ll pay principal and interest of $569.04 for every $100k you borrow.

The average rate you’ll pay for a 15-year fixed mortgage is 4.74 percent, down 8 basis points over the last seven days.

Monthly payments on a 15-year fixed mortgage at that rate will cost approximately $517 per $100k borrowed. That may put more pressure on your monthly budget than a 30-year mortgage would, but it comes with some big advantages: You’ll come out several thousand dollars ahead over the life of the loan in total interest paid and build equity much more rapidly.

The average rate on a 5/1 adjustable rate mortgage is 4.18 percent, unchanged over the last 7 days.

Adjustable-rate mortgages, or ARMs, are mortgage terms that come with a floating interest rate. In other words, the interest rate can change intermittently throughout the life of the loan, unlike fixed-rate mortgages. These types of loans are best for people who expect to sell or refinance before the first or second adjustment. Rates could be substantially higher when the loan first adjusts, and thereafter.

Monthly payments on a 5/1 ARM at 4.18 percent would cost about $482 for each $100,000 borrowed over the initial five years, but could increase by hundreds of dollars afterward, depending on the loan’s terms.

The average rate you’ll pay for a jumbo mortgage is 5.52 percent, down 1 basis point over the last seven days. This time a month ago, the average rate was greater than 5.52, at 5.63 percent.

At today’s average rate, you’ll pay a combined $561.53 per month in principal and interest for every $100k you borrow. That’s lower by $7.51 than it would have been last week.

Rate review: How mortgage rates have shifted over the past week

The average 30-year fixed-refinance rate is 5.50 percent, down 5 basis points compared with a week ago. A month ago, the average rate on a 30-year fixed refinance was higher, at 5.64 percent.

Mortgage rates plunged early in the pandemic and scraped record lows — below 3 percent — at the start of 2021. The days of sub-3 percent mortgage interest on the 30-year fixed are behind us, and rates rose past 5 percent in 2022.

“Low interest rates were the medicine for economic recovery following the financial crisis, but it was a slow recovery so rates never went up very far,” says Greg McBride, CFA, Bankrate chief financial analyst. “The rebound in the economy, and especially inflation, in the late pandemic stages has been very pronounced, and we now have a backdrop of mortgage rates rising at the fastest pace in decades.”

That said, shorter term loans have gained popularity as rates have been historically low. Although they have higher monthly payments compared to 30-year mortgages, there are some big benefits if you can afford the upfront costs. Shorter-term loans can help you achieve:

What causes mortgage rates to change

Mortgage rates are influenced by a range of economic factors, from inflation to unemployment numbers. Typically, higher inflation means higher interest rates and vice versa. As inflation rises, the dollar loses value, which in turn drives off investors for mortgage-backed securities, causing the prices to fall and yields to climb. When yields climb, rates get more expensive for borrowers.