“In the days ahead, even before the default date, people may see the value of their retirement accounts shrink. They may see interest rates go up, which will ultimately raise their mortgage payments and car payments.”

That was President Biden’s message in a press conference about the debt ceiling debate on Monday. Congressional inability to agree to pay the country’s bills could hit your own bank account before long. And while it’s true that default on the nation’s debt would be more or less catastrophic for the American economy, the president’s words may be a little misleading when it comes to how current mortgage holders would likely be affected.

What is the debt ceiling?

Essentially, the debt ceiling is a limit on the government’s ability to pay the bills it has already racked up.

“Say you’re about to buy a new flatscreen TV with a credit card, but your purchase is declined because you’ve used up your entire credit line. That is akin to the ‘debt ceiling’ — except it doesn’t work the same for Congress,” said Sarah Foster, Bankrate’s Federal Reserve reporter. “Lawmakers can continue to commit to new spending, regardless of whether those new obligations breach their limit. All of that means, the debt ceiling often ends up amounting to more economic uncertainty rather than actually deterring legislators from spending more than they make.”

It’s important to remember that the debt ceiling isn’t about new spending, but is just a technical part of the way the U.S. government funds debt that has already been incurred.

And that’s the debate Congress is currently having, again: whether to pay the bills that have come due. Not raising the debt ceiling would mean not paying those bills, which would throw into question America’s economic prowess on the world stage.

What would a default mean for your mortgage?

President Biden’s comment made it sound as if rising interest rates would affect how much homeowners are on the hook for every month as they pay off their mortgage. And it’s true that a weaker dollar and higher interest is not great for mortgage borrowers, but those effects will not hit everyone equally.

“If the worst were to materialize and a federal government default occurred, one likely impact would be that these rates spiral higher, adding to the cost of future borrowing and home purchases,” said Mark Hamrick, Bankrate’s Washington bureau chief. “That’s just one aspect of the likely crisis which would include damaging impacts on the broader economy such as job loss. These disasters would be entirely ‘man-made’ and must be avoided.”

What Hamrick points out here is key: higher rates will affect the cost of future borrowing and purchases. Most standard home loans won’t be affected. If you have a fixed-rate mortgage currently, your payment will stay the same no matter what the market does. That’s part of the reason homeowners overwhelmingly prefer fixed-rate loans: the monthly payment stays predictable, which makes budgeting easier.

That doesn’t mean homeowners are totally in the clear, however. If you have an adjustable-rate mortgage your payment could go up as interest rates rise on the market. And rising interest also makes it less cost-effective for fixed-rate borrowers to refinance their mortgages, meaning you could be stuck with a higher interest loan and limited ability to take advantage of your home equity.

And, anyone looking for a new mortgage on a home purchase would certainly have to pay more each month than a buyer with comparable principal on a loan opened today.

“In the extraordinary event that the counterproductive debt ceiling isn’t suspended or raised in the coming weeks, we’d truly be flirting with yet another financial crisis and downturn,” Hamrick said. Such a downturn could make homeownership precarious for many.

What else influences interest rates (or: why you should refi now)

Federal Reserve policy plays a huge — if indirect — role in prevailing mortgage rates, and the Fed has signaled that it’s preparing for a shift that will ultimately push those rates up.

Whether the debt ceiling is addressed or not, mortgage interest is almost certain to rise in the coming months, which means the window to take advantage of historically-low rates may soon be closing. The weeks ahead may be your last chance to refinance your loan before today’s rock-bottom rates fade away. 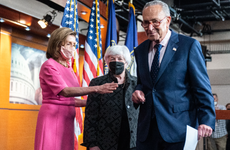 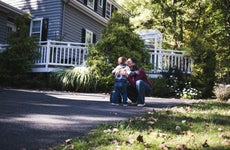 How to manage a mortgage as debt levels reach record 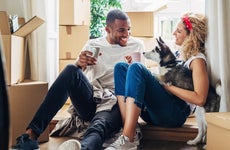 How to buy a house when you have student loan debt 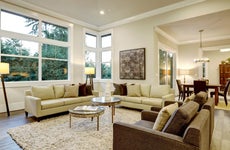 How much house can I afford based on income?